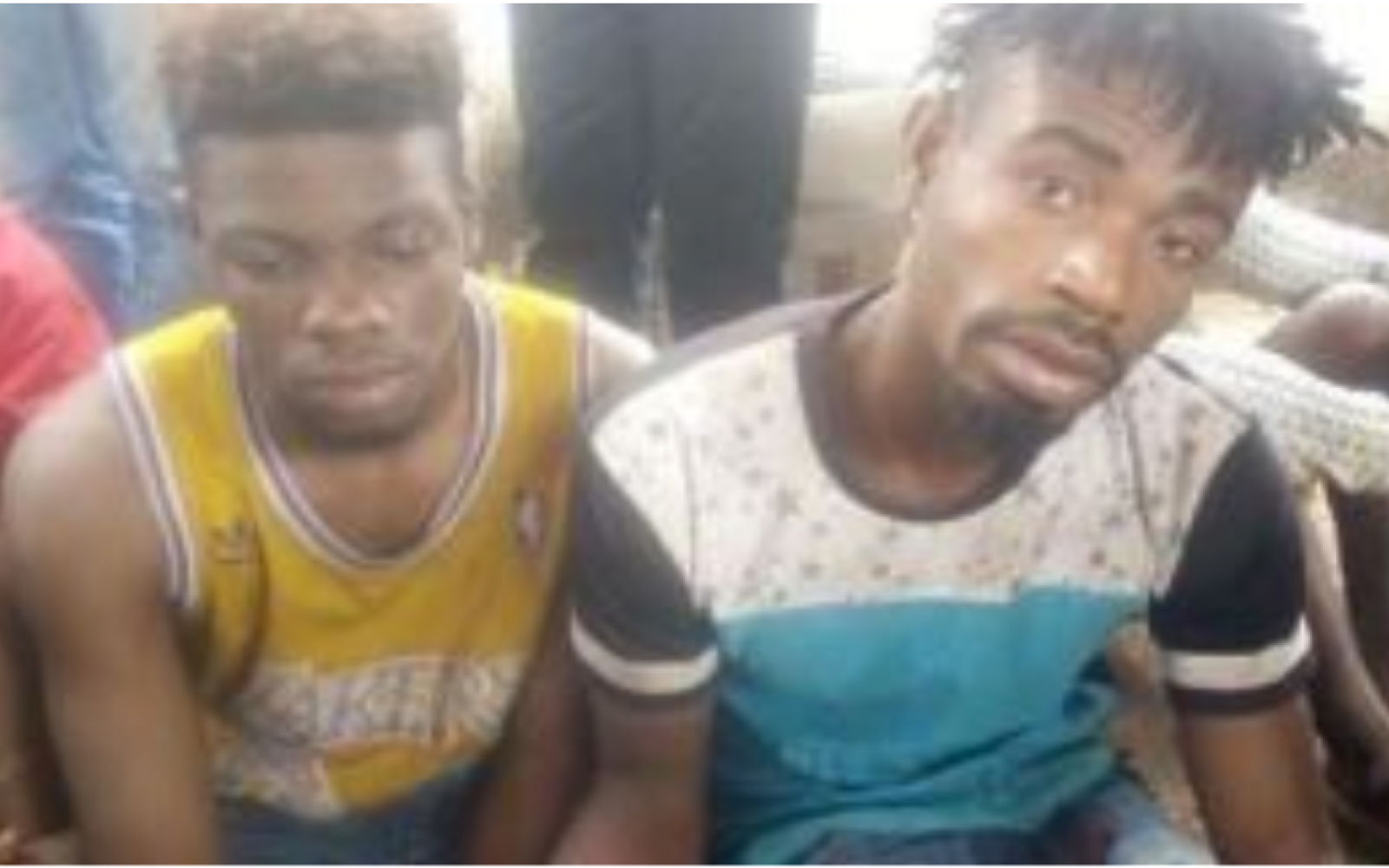 Angus Chukwuebuka Nwankwo, 28, admitted to brutally beating his Facebook friend to death with a stick and dumping his body in a bush.

But the Nwankwo’s brother told reporters at the Nigerian-based Independent that he cannot be gay because he is into music, comedy and is a plumbing apprentice in Lagos, the country’s chief city.

The Nwankwo and his brother, Chidiebere Omeyi, were arrested by Special Anti-Robbery Squad operatives for the murder of a victim known only as Willswaggs, an Imo State local.

Angus Nwankwo had been talking to Willswaggs for more than a year, he claimed, before Willswaggs said he would pay him ₦20,000 to have sex with him in February.

The agreement would see Nwankwo engage in the act and then get paid. However, according to both brothers, they planned to swipe the money from the victim and “discharge” him.

“I told him I would not come to Owerri,” Nwankwo said, explaining how the victim travelled to Nanka where he was based.

Omeyi said: “My senior brother told me​ there is one homosexual coming to our place who promised to give him ₦20,000​ after the sexual act,

“He said as soon as the man comes, he would just collect his money from him and discharge him.”

Nwankwo added: “That fateful day, I told my younger brother about my visitor and what we planned to do. I told him that once he sees us move inside the room, he should bang into the room.

“So, when I went inside with my Facebook friend, my brother banged inside the room after 10 minutes.

“When my visitor realised that I planned with my brother to disrupt the lovemaking, he said he would not pay me the ₦20,000 unless we did what he came for. That led to quarrel and fight.

“In the course of the fight, he hit me with stick. I hit him back and he fell down.

“When I realised that he was dead, I dumped his body at a bush path. I later reported myself to a local vigilante group in our community, who handed me over to operatives of the SARS.”

Footage of the pair being cuffed and arrested, admitting to the crimes, sent ripples throughout the fragile LGBT+ community in Nigeria. One targeted by severely homophobic laws and broad social intolerance.