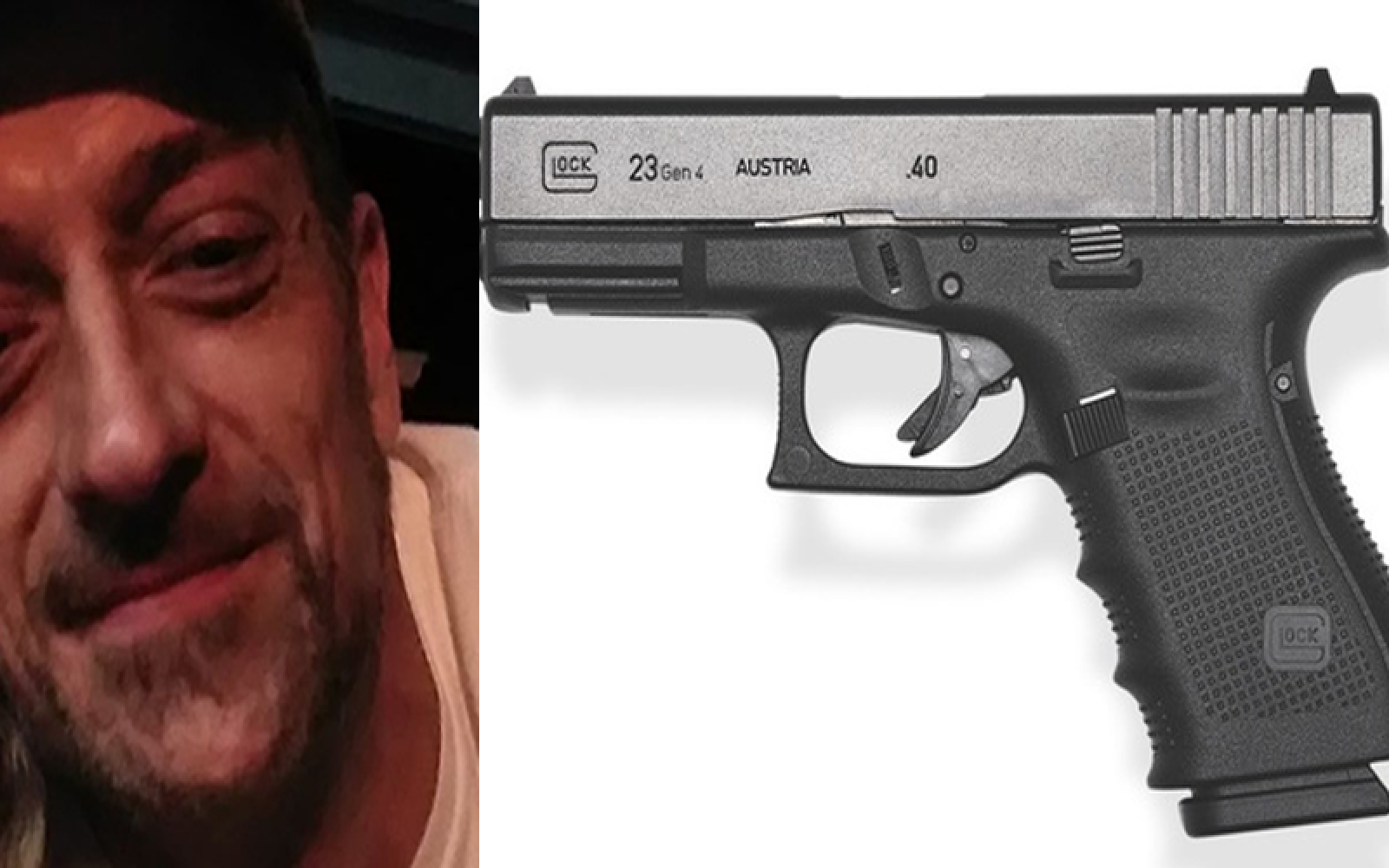 The Marion Police Department said officers responded at 6:44 a.m. Thursday to the emergency room department of Marion General Hospital where a man ended up after accidentally shooting himself in the genitals. Police said they met with 46-year-old Mark Anthony Jones, who told police he was on the walkway near the Marion Girl Scout Cabin, when the handgun he was carrying in his waistband — without a holster — started slipping.

Well, according to police, Jones said the gun discharged when he reached down to adjust it, and the bullet entered right above his penis and exited through his scrotum.

According to police, Jones doesn't have an Indiana Handgun License, and his case will be sent to the Grant County Prosecutors Office for review. 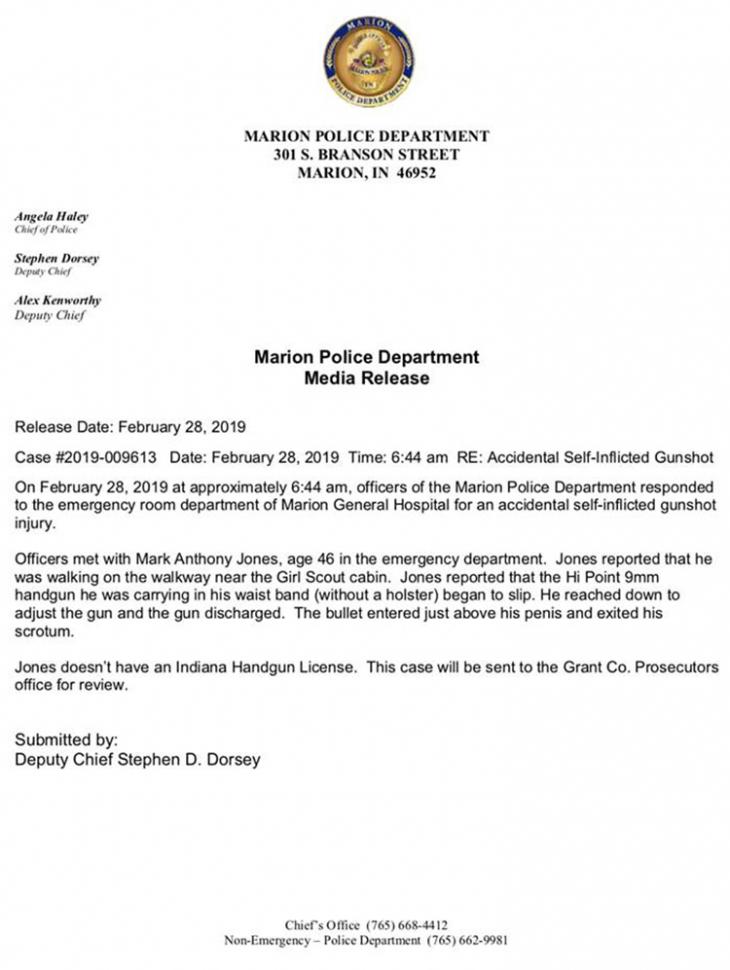