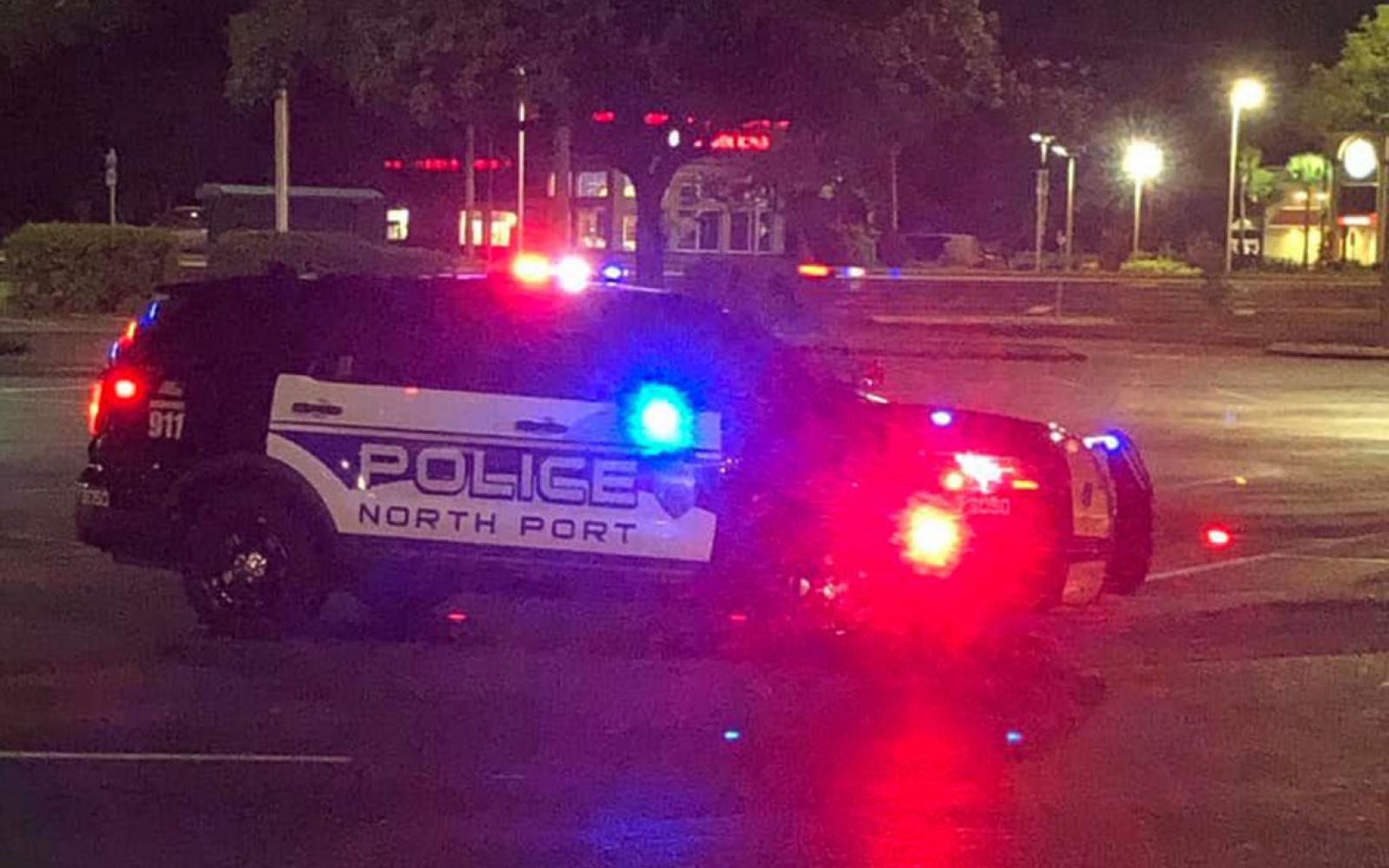 Police in North Port say a woman was trying to get money out of an ATM when a man with a gun approached her. But her boyfriend, seeing the situation unfold, opened fire, striking the robber several times.
It happened shortly before 10:30 p.m. on Thursday. Police say a woman was at the ATM while her boyfriend waited in the car.

It happened shortly before 10:30 p.m. on Thursday. Police said the woman was at the ATM at the Suncoast Credit Union on Aidan Lane while her boyfriend waited in the car.

While she was at the machine, a man with a loaded handgun walked up to her. The woman’s boyfriend, seeing what was happening, got out of the car and shot the robber several times.

The robber got into a waiting vehicle and the getaway driver fled the scene.

Officers rushed to the area following the shooting and located the getaway driver and robber at the Goodwill on Tamiami Trail, less than a mile away. The robber was flown to Sarasota Memorial Hospital’s trauma center and is said to be recovering.

The woman’s boyfriend later came to police headquarters to tell officers what happened. Police say his account was corroborated through witness accounts, surveillance, and admissions by the suspects.

"From everything that we know so far, the bad guy, who went there to do some bad things ended up getting himself shot," said Josh Taylor, the police department's spokesperson. "There are people in this world that are out to do no good. It appears in this case, from everything that we have so far, the person who went out there to do that... is the one who ended up on the short end of the stick."

Police say they will provide additional information, such as the identities of the suspects and charges, as the case progresses.