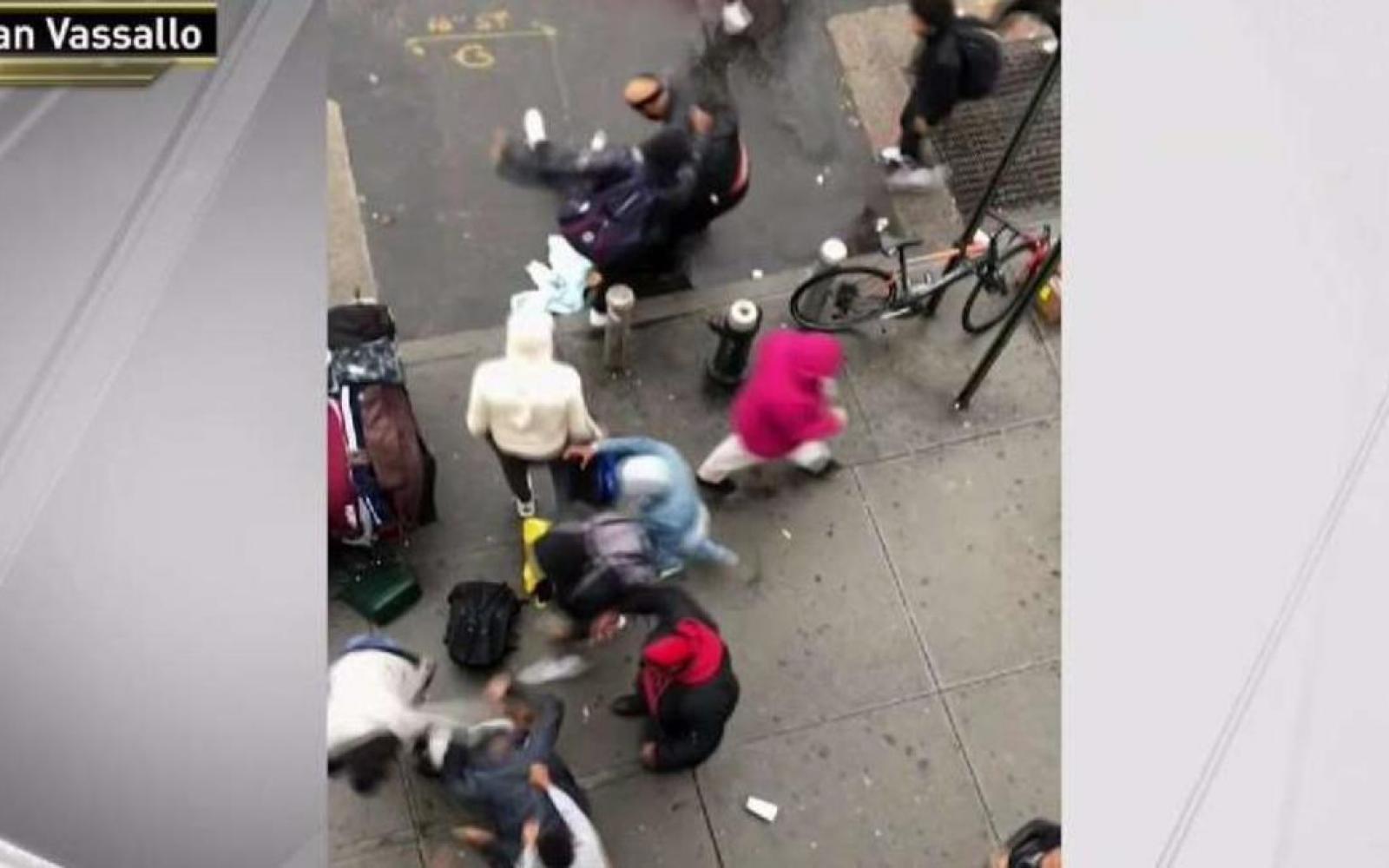 Some kind of a disturbance broke out among the hundreds of teens who were hanging out at Queens Center Friday afternoon.  The situation was described as a "large disturbance" by police.

Police responded to the mall in Elmhurst because some of the kids were "acting disorderly," according to the 110th Precinct's Twitter account, which said a half-day at New York City schools prompted the large turnout.

Videos posted to the Citizen app showed dozens of teens inside the mall. One video showed several police cars with lights flashing outside. Citizen app reports said that some teens were throwing things and "causing mayhem."

The precinct later tweeted that the mall is open and the inside was clear.

The NYPD arrested one female for attacking another girl, who was hurt and whose phone was taken, the department said.

Due to the incident, both directions of the Q29, Q38 and Q88 buses at Queens Center Mall were delayed for a period of time.