Meet Pam Rocker: The Transwoman Running For President In 2020 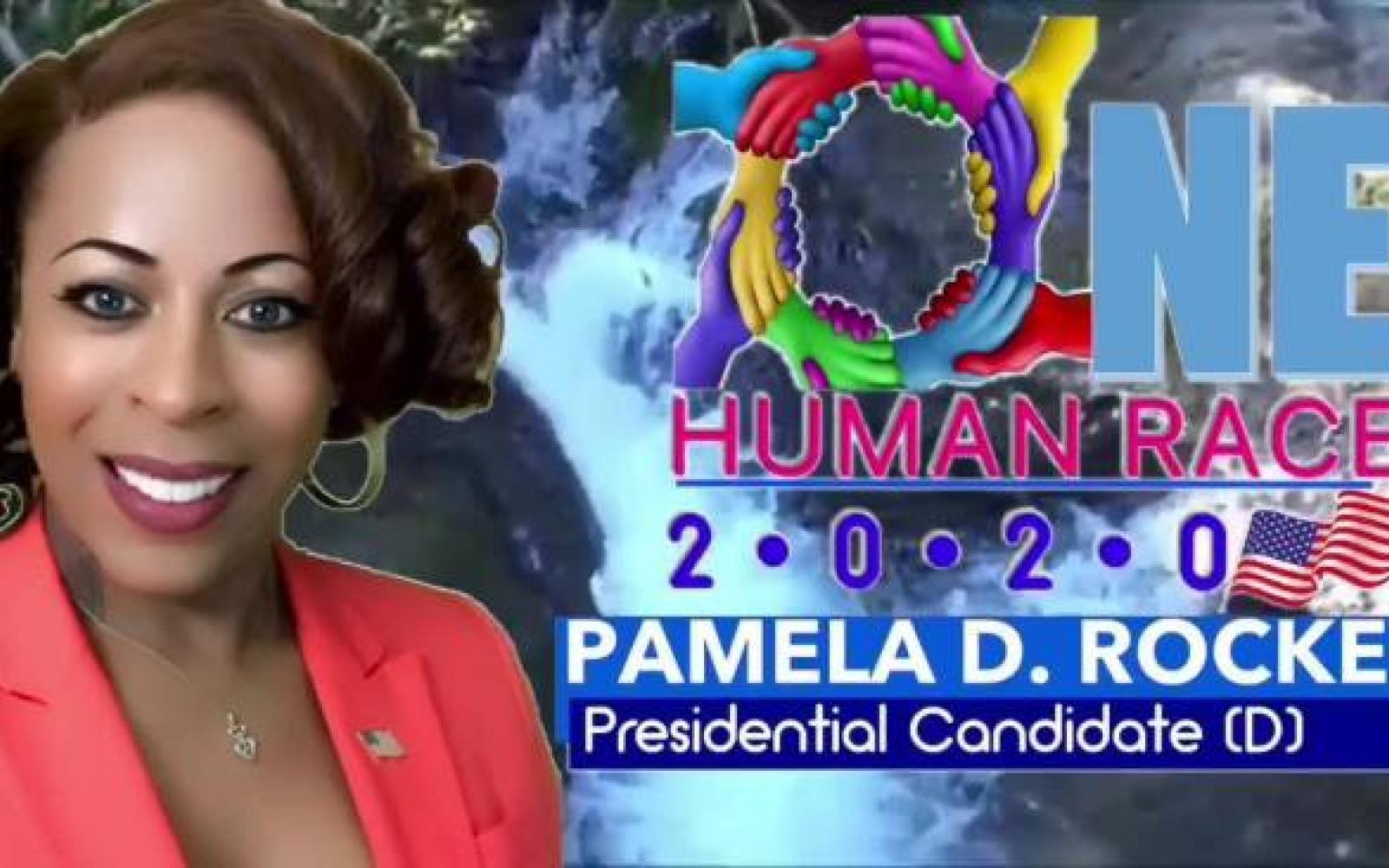 An transwoman has announced her run for the 2020 presidential election, which would be a historic landmark if successful.

35-year-old Pam Rocker from Cincinnati has said she wants to “excite the population and to change the face of the United States for a better future” after being horrified by the outcome of the 2016 elections in which Donald Trump was elected President.

Announcing her ‘One Human Race 2020’ campaign, Rocker says she wants to be the first transgender President of the United States.

If elected, Rocker says she will lift a federal ban on marijuana which she expects will create approximately $23 billion more per year in funding. That money will allow her to fund a ‘Freedom Car’ program that will give each American household a free car.

As part of her plans, Rocker also wants to make recycling mandatory and to craft an inclusive policy for LGBT+ people, including restroom policy, health care, and job discrimination.

Her campaign also includes reparations for African Americans, which Rocker says will give them a “helping hand to recover from the slavery of their ancestors.”

Rocker says she grew up in Cincinnati while living in ten different foster homes. She said she was bullied at school for being gay and would dress as a woman on weekends, which she says helped her become who she is today.

The candidate also had aspirations of becoming a rapper and released a handful of tracks under the name of Pam Jones. One track ‘Eat Sushi’ was featured in the soundtrack for a 2008 romantic comedy titled ‘Noah’s Arc: Jumping the Broom.

The candidate says that her motivation to run for the presidency came after seeing Hillary Clinton during the 2016 elections.

“She inspired me. She lit something inside me. She opened the door for women and trans women of color to run,” Rocker told Cincinnati Enquirer.

Despite being unemployed and a fresh name to the race of Democratic leader, Rocker told reporters she still has faith in her chances.

“Was the country ready to elect the first African-American president?” Rocker asked the outlet.

“It just came by surprise. If a person is presenting themselves as a candidate who’s very seriously running for public office, why not?”‘

“I will fight for the American people,” Rocker said. “I will fight to rebuild our reputation around the world and be more hospitable to immigration and stuff like that.”