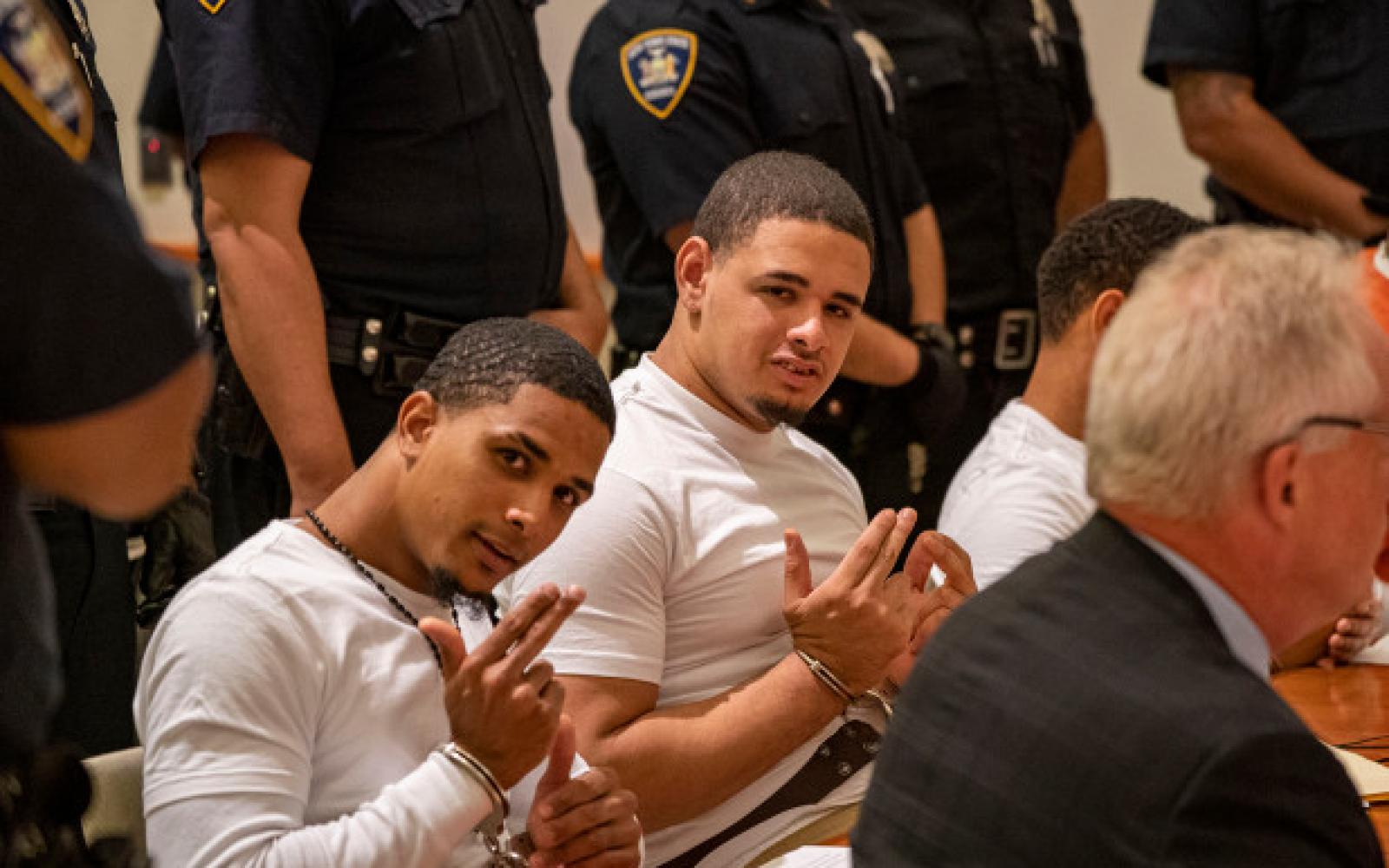 Two of the five men convicted in the savage Bronx slaughter of Lesandro “Junior” Guzman-Feliz showed no remorse during their sentencing Friday as they smirked for the camera and threw up Trinitarios gang signs.

The gesture which Estrella and Muniz made with their thumb, index finger, and middle finger extended, is the “seven points” sign of the ruthless Dominican gang, a police source told The Post.

“I cant believe these guys are that brazen,” another law enforcement source said. “They will have a lot of time to practice their signs in jail.”

Gang expert and retired NYPD sergeant Lou Savera, who created the department’s gang unit, said the hand gesture is a national symbol for the Trinitarios, which originated in Washington Heights and has expanded as far west as Iowa.

“Throwing it up was basically shoving it up the a– of the system that the Trinitarios will be who they are forever and you can put us in prison and we don’t respect your system,” Savera said. “They were arrogant from the very beginning.”

“That’s what they were doing the whole trial, showing they’re not afraid of the system and it’s more important for them to be gang members than someone’s life,” said Savera.

Estrella, who prosecutors said delivered the fatal knife blow in the neck to the 15-year-old victim, was sentenced to life in prison without the possibility of parole for the caught-on-camera June 20, 2018 machete and knife killing of Guzman-Feliz.

Muniz was hit with a sentence of 25 years to life in prison.

Estrella told the court that his intention “was not to cause the death of this kid,” while Muniz told the court, “I was there, but I did not kill him.”

“That is why I used the other side of the machete to cause no injury,” Muniz said.