Model Trey Hunt Reveals Ex Boyfriend Was Abusive, Changed Locks While He Was In The Hospital 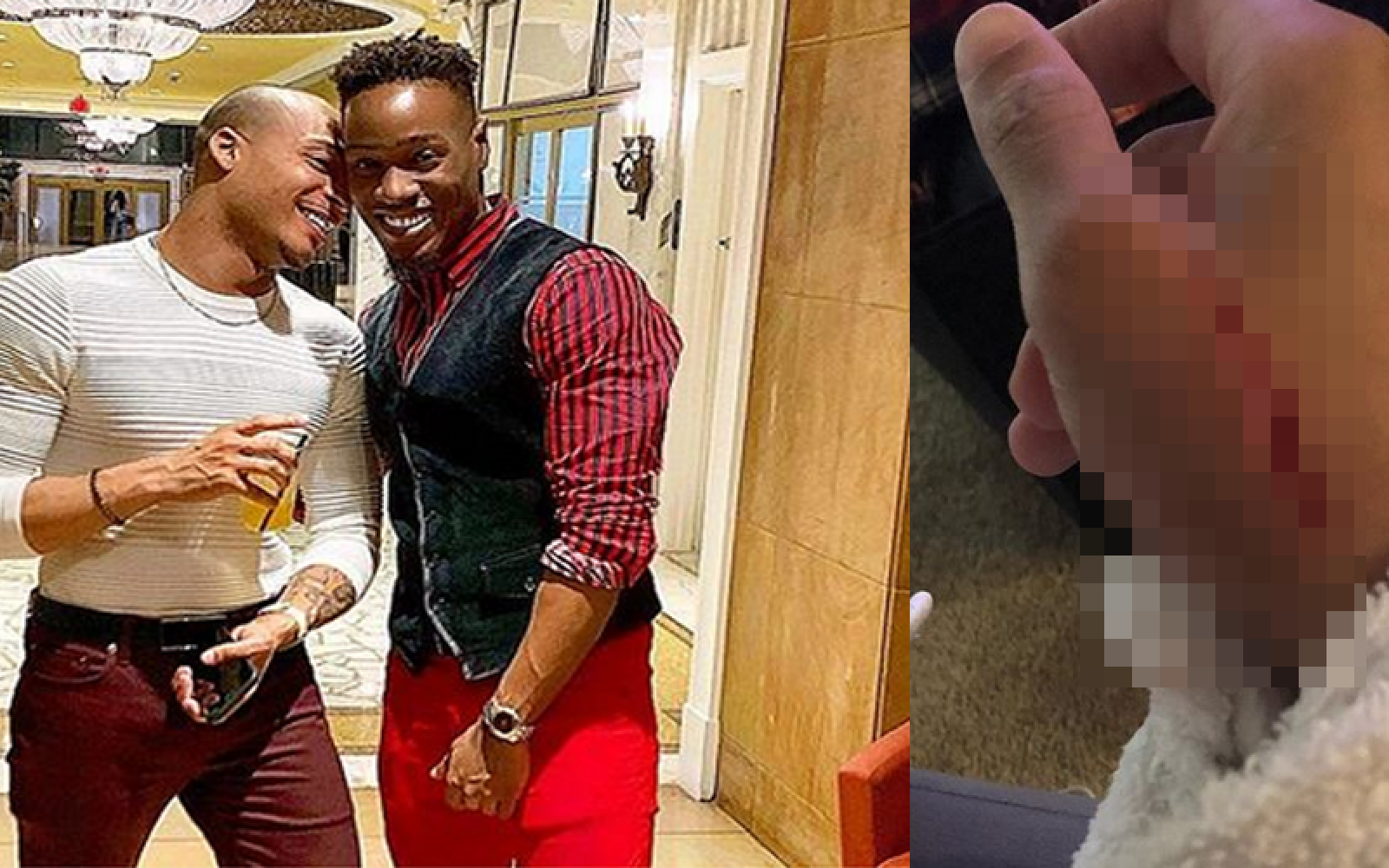 Domestic violence is never ok, and if someone physically harms you once, they more than likely will do it again.  Model Trey Hunt opened up about hiding the fact that he was in an abusive relationship and the incident that made him leave. In an emotional Instagram post he writes:

I have been hiding this for some time now, and I think it’s time I speak on it because maybe it can help the next person know that it is not his/her fault I have been in a physical and verbal abuse relationship for some time now, that I kept secret. A day before my birthday I told my ex that he is not supportive at all with anything that I do he didn’t even try to do anything for my birthday all he did was call me names and say I don’t deserve shit, and made me feel low. so I planned my own celebration, I found a nice outfit to wear out, to enjoy the day with my friends, and I received a text like this.. telling me to take off his shit never wear his shit, when I walked inside the house he grabbed scissors and start attempting to CUT THE CLOTHES off me and in the process cut me too in several locations.. my left pinky was severely damaged to where he cut a nerve and caused me to have surgery.. he showed absolutely no remorse and not once attempted to check on me at the hospital, what he did was when I was in surgery he took it upon hisself and threw all of my things outside and changed the locks on our doors. To where the police had to get involved for me to remove my things, and for my safety. I trusted this man with my life, and thought he was my everything, he portrayed hisself as this southern gentleman he portrayed hisself as non violent person but after the 3rd month all he was, was violent.. I finally removed myself from that toxic relationship but don’t want anyone to ever have to go through the things that I just witnessed and had to experience. A sheep can really be disguised, as something else, and come off as the sweet motivational Christian and in reality there demons and anger about them selves eventually have to shift somewhere..

Friday!!! Bday weekend😈 let the festivities begin! Gym complete.. #TaurusBaby 5/20 who partying with me! You see me out buy me a drink😏