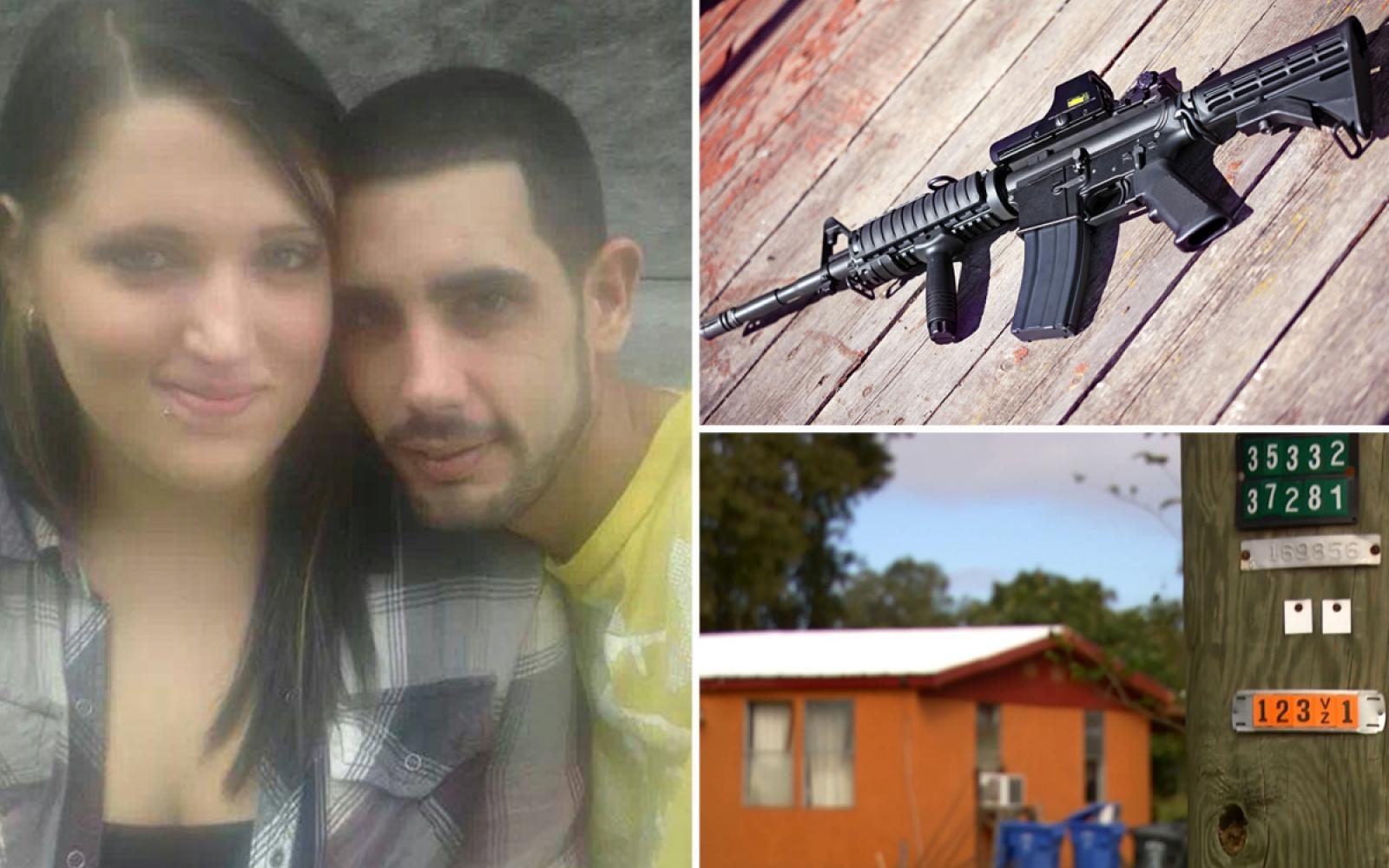 One man is dead after a husband and wife said two men broke into their home and made demands, the Hillsborough County Sheriff’s Office said.

A woman who was eight months pregnant shot and killed a home intruder who attacked her husband in Florida, the family told police.

“They came in heavily hooded and masked,” homeowner Jeremy King told Bay News 9. “As soon as they had got the back door opened, they had a pistol on me and was grabbing my 11-year-old daughter.”

That’s when they began pistol-whipping him and demanding money, King said.

“I’ve got a fractured eye socket, a fractured sinus cavity, a concussion, 20 stitches and three staples in my head,” he said, outside his home about 20 miles southeast of Tampa. “I took a severe beating.”

King’s wife, who’s 8 months pregnant, peeked out of a back bedroom during the commotion to see what was going on, according to King.

One of the men saw her and fired off a shot, he said. She closed the door and grabbed the family’s AR-15.

“During that incident, the female homeowner retrieved a firearm, which was in the house legally, and fired one round which struck the male victim, who was (found) deceased in the ditch,” said Maj. Frank Losat with the sheriff’s office.

The other suspect fled, and deputies are still looking for him.

"Them guys came in with two normal pistols and my AR stopped it,” King said. “(My wife) evened the playing field and kept them from killing me."

Detectives don’t believe the Oct. 30 break-in was a random attack.

"There’s some relationship there or some acquaintance turned the suspects onto this family for some reason,” according to Losat.