Mom Acts As Surrogate For Her Gay Son, Gives Birth To Twins 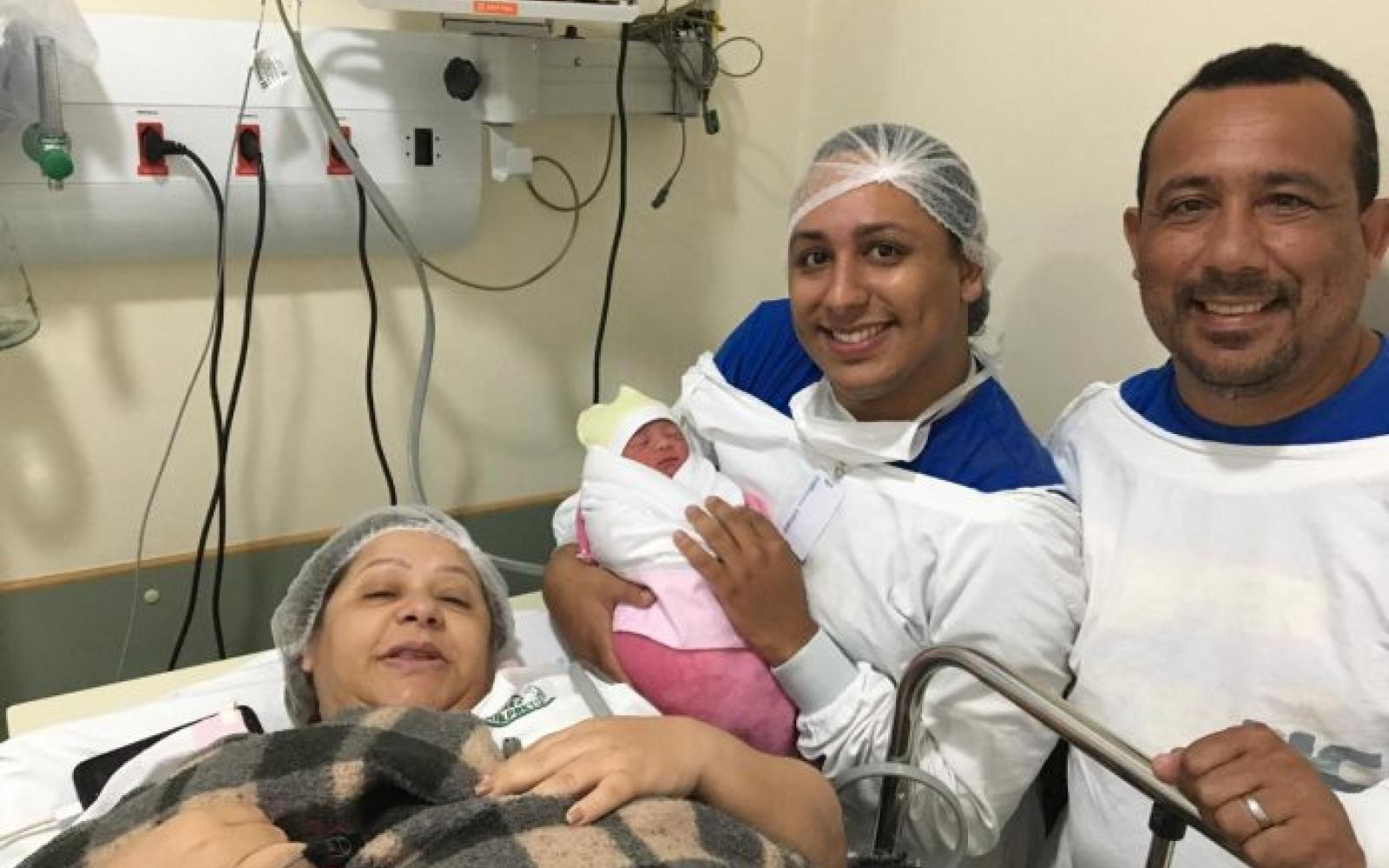 A Brazilian mother has given birth to a healthy set of twins, who are both her children and grandchildren.

After a traumatic pregnancy four years ago — her daughter was born prematurely at seven months and passed away a week later — the 45-year-old teacher Valdira das Neves started to explore other ways that she could get pregnant.

When her gay son, 24-year-old Marcelo das Neves Junior, said that he wanted to become a father, the entire family — son, mom and dad — had a conversation about it and decided to use Junior’s sperm and Neves’ womb to welcome the family’s next generation.

After trying four times, the unconventional family from Serrana, a small city located some 200 miles northwest of São Paulo was ecstatic when they learned that not one, but two new family members would be arriving soon.

“Thanks to God, we were able to finish the full term of the pregnancy successfully. We are now living a dream. It’s a wonderful feeling,” Neves told the Brazilian news site Thathi.

Named after two very important biblical characters, Noah and Maria Flor, (“we are always asking God to give us strength," said Junior) were born on Tuesday, a few days ahead of the planned due date of Sept. 12, but they are healthy.

“I’m a little nervous because they need a little bit of extra care, since they were born prematurely, but they are doing great, thanks to God," said Junior, adding that becoming a dad was a the “realization of a dream.”

The twins are still in the hospital, but when Junior’s father, 45-year-old Marcelo Neves, is ready to drive his wife, son and his new kids/grandkids home from the hospital, the car is already set up with two baby seats, Junior said.

Their new bedroom is also ready: freshly painted, with new wallpaper, and a frame of the babies’ names hanging on the wall.