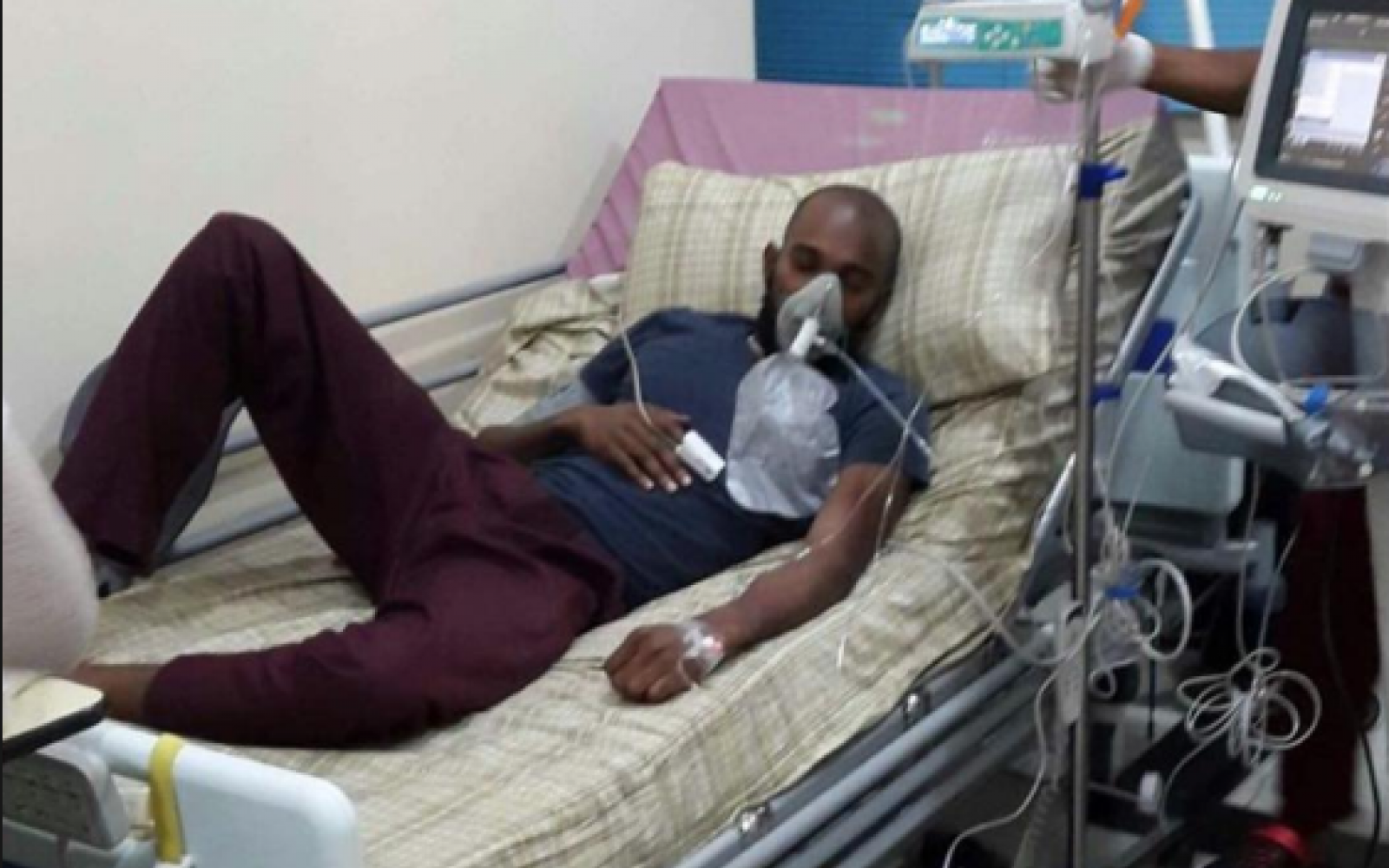 In an opinion piece Michael Harris laments the loss of his ex boyfriend who died two years ago, not because he didn't have access to anti viral medication, but because he refused to take it.  This is his story:

I know what’s written on the medical report: a blood infection. He experienced flu-like symptoms at first – fever and chills. By the time he finally allowed himself to be taken to the hospital, Noah’s immune system was overwhelmed and his organs began to fail. A “cascading failure,” with each loss spiralling the body down toward septic shock. It’s the body’s response to the infection, its flailing attempt at immunosuppression, that does the real damage. They call it an “excessive response.”

Noah was 33 years old when he was diagnosed with HIV and 39 when he died. But when I ask, “How did Noah die?” it’s not enough to say he died of AIDS – strictly speaking, that doesn’t give me a good reason for his death. Noah lived near (and died in) Vancouver’s St. Paul’s Hospital, the very building where a landmark HIV drug cocktail was pioneered in the 1990s. He could have simply taken his pills. And the dumb simplicity of this solution is what thumps around in my mind when I grow angry with him. Why didn’t he just take his pills? And if he wanted to die so bad, why choose this kind of death? Why allow his body to destroy itself in this consumptive way?

His body, which I once knew in minute detail – when we were 21 and in love – now so senselessly destroyed. Noah had enough education and more than enough money. He had friends to support him, a condo to live in and access to superb doctors. So why would a middle-class Canadian man with plenty of resources die of AIDS today? Why would Noah end his days in a hospital that had decommissioned its AIDS ward five years earlier?

I’ve written often about the hardest-to-treat cases of HIV and AIDS. I’ve followed doctors into rooming houses where they treat meth-addled patients who can’t make their way to the hospital. I’ve shadowed doctors as they essentially broke into a patient’s home in order to deliver her new meds. I have seen what it looks like when treatment doesn’t come easy. But Noah didn’t fit that picture at all. So, when I think about Noah, I do grow angry and even resentful about his refusal to save himself. Staying alive would have been the simplest thing in the world, I tell myself. But, apparently, I’m wrong about that.

The fact I think Noah’s survival would have been simple shows what a chasm there was between where I’m standing now and where Noah ended up.

Gay men have access to life-saving drug cocktails, and even pills that reduce the risk of transmission in the first place. But our health is dictated only partly by pharmacies. It is dictated, too, by culture, by psychology and by all the ineffable forces that lift us up or knock us down.

A legacy of disenfranchisement is enough to convince many gay men they do not belong at life’s table. When I worked at a gay bookshop in my 20s, I heard from men who, upon discovering they were HIV positive, expressed relief. “I can stop wondering,” they would tell me. There was an idea that they were fated to experience disaster – and they wanted the axe to fall rather than dangle over their heads forever. When Noah found out he was positive, he wrote to me, “For some reason I’ve always sought adversity, it might be relaxing to have it just come home so I can get on with life at last.”

Almost since the HIV pandemic began, the phenomenon of “bug chasing” – of intentionally becoming infected – has hovered at the periphery of gay culture. And part of me wonders whether Noah meant to contract the virus on some level. The notion that one would seek out a chronic illness – or even one’s own death – may be anathema to most of us but, like all extremes, it highlights something far more common.

Noah is not the first gay man I’ve known who allowed AIDS to kill him. The other was a doctor, in fact – a man who could have written a prescription to save his own life. That man made sure they put something else on his hospital records so his parents wouldn’t know what took him. And it seems to me that final fear was a sign of a much larger illness. How many gay men have I met whose families rejected them, booted them out, made them ashamed of their own lives? That was Noah’s story, too.

Noah was typical of many small-town gay boys in that he learned early on that his sexuality was an unsayable mistake, a betrayal that had to be snuffed out at every chance. Even in the midst of our relationship, rejection loomed like some great shadow. The threat he lived with was as simple as it was implacable: You won’t be part of this family, you won’t be part of our life.

There are those who feel AIDS is a symptom of some larger moral failing – and perhaps it is, but not the failing gay men have been accused of for centuries. It’s a symptom, rather, of the moral failing of a society that still cannot make room for all its citizens. I know this to be true because I know that Noah did not need to die. In a moral world, he would have been taught that, yes, he was part of life.

Noah was my first boyfriend. It was 1999 and AIDS – as far as we knew – was over. We joked that we were “homo nouveau” because we were going to outrun all the trauma that destroyed the older gay guys. St. Paul’s Hospital, where Dr. Julio Montaner developed the drug cocktail that could have saved Noah’s life, was only a few minutes’ drive from the beaches we used to walk on, the sushi joints where we’d grab takeout.

Noah wanted to be an actor. His constant dream was to be famous and loved and wealthy. We used to lie in bed and stare at the water stains on the ceiling in his trashed bedroom, listening to opera. And Noah would talk, then, about his dreams a little – always only a little. If I asked for details, for plans, he would shove his head under the pillow or start kissing me to shut me up. Because the future was never something to hold onto. It was a too-bright light, a blaring hope.

One day, we were lying around like that and we heard brisk knocks on the apartment door. It was his dad, which meant I had to hide. I crouched inside his bedroom closet – rolling my eyes at the obvious metaphor.

There was a Polaroid of us kissing at some party, stuck up in the hallway. From inside the closet, I heard his dad ask about the photo and I heard Noah’s manic reply: “Oh, we were just joking.”

It was Noah’s dad that he most feared and respected. It was he whose approval meant the most. I remember listening in that bedroom closet, shocked at how Noah’s voice changed when they spoke. And then there was silence. A few minutes later – still crouching in that closet – I realized they’d left together.

Sometimes I imagine a different life for Noah, one where he brings his father in to meet me and I visit with his family every Christmas. A life where Noah is still alive – simply popping a pill every morning with his orange juice.

But that world – the world I’d likely inhabit if I became positive myself – was never going to be Noah’s. From the beginning, everything told Noah to hide from family, from self-care, from himself, from life at large. And, at last, he did find a way to hide himself away from us all.

Roughly 35 million people have died of AIDS since the start of the pandemic, and Noah’s death was one of a million more AIDS deaths that took place last year. Of course, Noah was not demographically similar to most of those victims. Most of them lived in Africa and Southeast Asia, suffering wildly different circumstances. But Noah’s death tells us something important: No amount of scientific or financial development will ever cure a disease such as AIDS entirely. Because, while HIV is just a virus, an AIDS death is a symptom of societal ills – it makes obvious our inability to enfranchise all citizens.

Years after that morning I spent in Noah’s bedroom closet – after we’d broken up, after he’d fled to Europe like some romantic expat and returned to Vancouver again – Noah began to spiral downward. A rehearsal for his “cascading failure” to come. He was doing a little cocaine, possibly some crystal meth. He lost his phone so many times during those final years, and failed to pay the phone bill so often, it was as though he were toying with his own disappearance. Once in a while, when he did have a working phone, I’d receive a rambling message – and I wouldn’t call him back. When he’s sober, I thought to myself. We’ll reconnect some time when he’s out of this dark place.

The last time I ran into him was at a bookshop. His face was sallow and his stomach seemed oddly distended beneath a T-shirt that was embarrassingly young. He was so changed it took me a moment to recognize him. And what must he have felt, I wonder? Standing there, trying to smile while some ex-boyfriend viewed his body, this body I’d adored, now wrecked by alcohol and cigarettes and the ravages of an unchecked viral load.

I realize that, when I mourn him, I’m mourning the other Noah, the one I dated years ago. I mourn the guy who left singsong messages on my machine and held me tighter than I’d ever been held. But I am also mourning the more tragic figure he became in the end, because all that he became – all of it – was nascent in his younger self, too. The drinking, the fatalism, the grasping frustration that he was never “discovered.”

I can’t know the thinking of the 39-year-old Noah who refused to take his meds. But I do know 21-year-old Noah. I know that shining-eyed boy who laughed like he was about to cry and threw himself at love like another person could make his life worth living. I know the boy who wanted to talk philosophy and swill red wine and wake up famous and worthy in the morning.

I return to the question – how did Noah die? – because the answer is not small; it’s as large as his entire life. We’re often mistaken when we pretend that answers are the size of pills. And there are many people who remain, like Noah, seemingly safe from the plague while being entangled by histories of persecution. Many live (and die) with that complex reality.

And I find I’m complicit, now, in covering up that reality. Because, in an effort to keep things tidy and to protect Noah’s family from the painful truth about his life, I haven’t even used his real name.