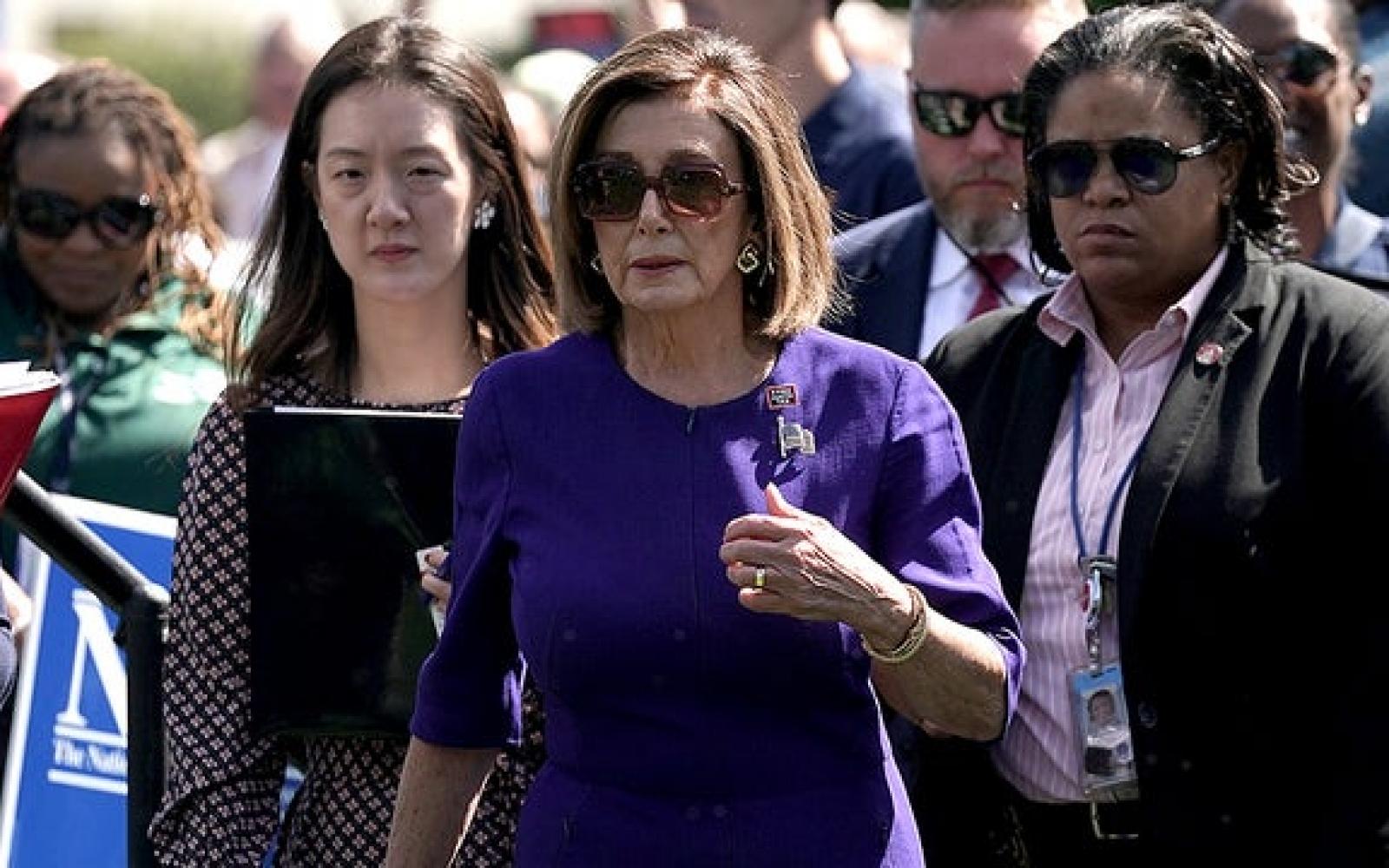 Earlier Tuesday, Pelosi said that Democrats are “ready,” when asked whether she and her caucus will take steps toward Trump’s impeachment.

The Washington Post reported earlier Tuesday afternoon that Pelosi would announce a formal impeachment inquiry after meeting with Democratic lawmakers.

She is expected to make a statement around 5 p.m. ET, following meetings with congressional leadership and her caucus, according to NBC News.

Pelosi has until now resisted Democrats’ calls for Trump’s impeachment, which have grown steadily in intensity since the release of special counsel Robert Mueller’s Russia report.

She has been privately weighing a possible impeachment inquiry for months — but early Tuesday morning, Pelosi’s allies were convinced she would not go down that route, sources told CNBC.

Hours later, however, those same people were told that she’s planning to move ahead with the inquiry, the sources said.

But more than a dozen Democrats have come out for impeachment within the past week, following bombshell reports that Trump had asked Ukraine President Volodymyr Zelensky multiple times to investigate Biden’s son, Hunter Biden, during a phone call in July.

The latest converts include more moderate Democrats, some of whom represent districts that went for Trump in the 2016 presidential election, such as Rep. Abigail Spanberger of Virginia.

Sen. Dick Durbin of Illinois, the No. 2 Democrat in the Senate, also called for an impeachment inquiry Tuesday.

Biden, the Democratic front-runner in the 2020 presidential primary, will say Tuesday afternoon that if Trump does not comply with congressional inquiries, then lawmakers have no choice but to impeach him.

“The Democrats continue to weaponize politics when they should be working on behalf of their constituents, which is nothing new,” Whtie House press secretary Stephanie Grisham said in a statement. “President Trump is working hard on behalf of our country here in NYC while they continue to scream the word impeachment. Nothing new here.”

The Washington Post and other outlets reported Monday that Trump had directed his acting chief of staff, Mick Mulvaney, to withhold hundreds of millions of dollars in military assistance to Ukraine at least a week before the call with Zelensky. The timing of that move, which was criticized at the time as being opaque, has bred speculation that Trump may have used the aid as leverage to pressure Zelensky into investigating Biden.

That aid money was eventually sent earlier in September. Trump has denied that the assistance to Ukraine was mentioned in the call.

Trump, who is New York this week for the U.N. General Assembly, has acknowledged mentioning Biden in the call. Earlier Tuesday, Trump also confirmed that he delayed the funds to Ukraine, saying he did it because other countries weren’t contributing enough.

The call with Zelensky is reportedly the subject of a whistleblower’s complaint, which is being kept from congressional review by the Department of Justice. The specific text of that complaint has not yet been publicly disclosed.

That whistleblower now wants to speak to the House Intelligence Committee, according to its chairman, Rep. Adam Schiff, D-Calif.