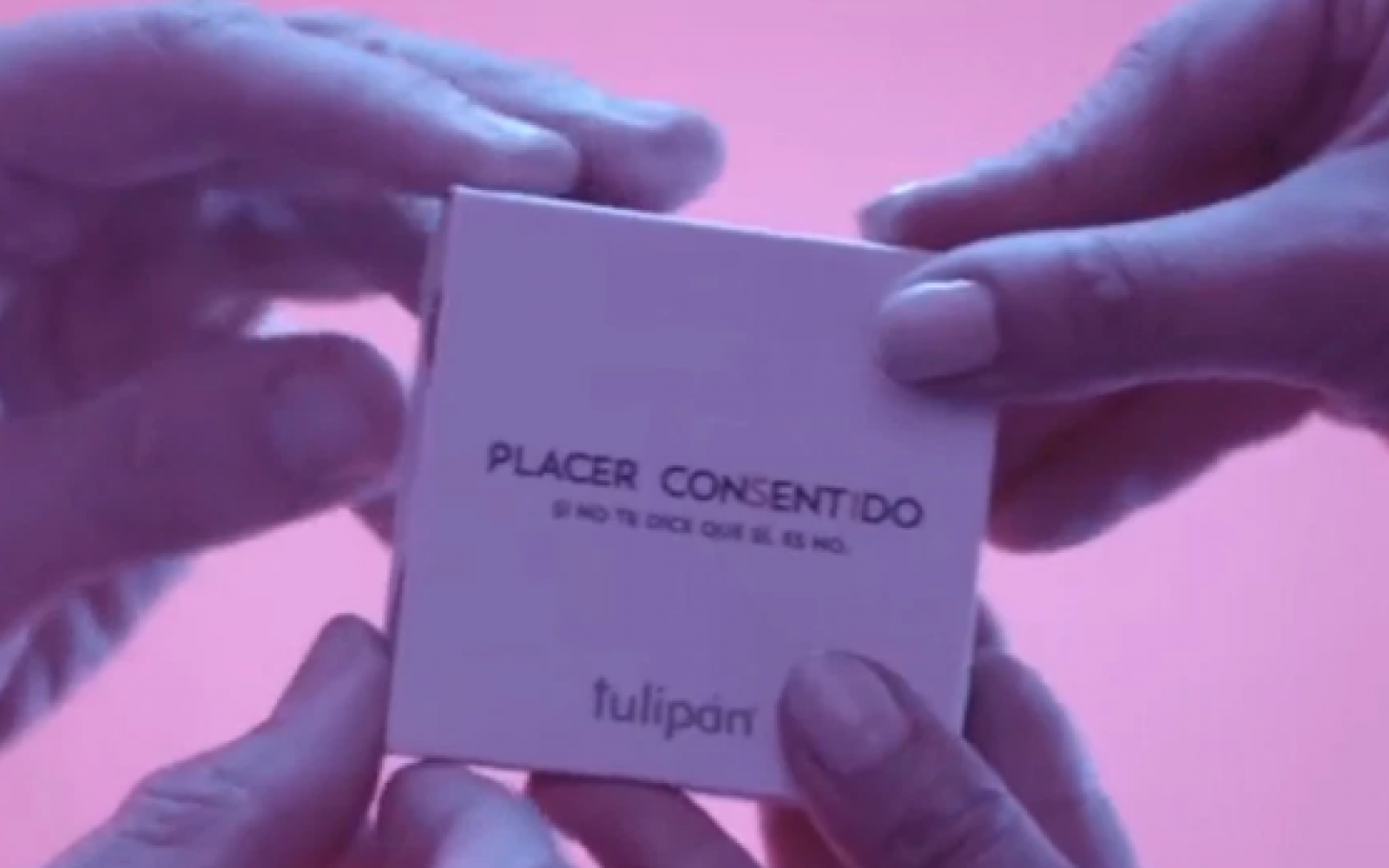 Argentinian contraceptive firm Tulipan say the product will make consent during sex clearer, though it's not clear how effective this will be.

The company plans to give the condoms away for free in bars and at events in the Argentinian capital city of Buenos Aires.

Joaquin Campins, the general director of the BBDO agency, which cooperated with the condom brand on the special pack, said: "If it's not a yes, it's a no.

"Tulipan has always spoken of safe pleasure but for this campaign we understood that we had to talk about the most important thing in every sexual relationship - pleasure is possible only if you both give your consent first.”

It was launched after AHF Argentina, an organisation which campaigns for the rights of people who are HIV positive in the country, revealed the results of a new survey in which only 14.5 percent of Argentinian men said they regularly used condoms during sex.

The independent 'Medicos del Mundo' (Doctors of the World) organisation stressed the value of condoms in the fight against HIV and AIDS, and other sexually transmitted diseases.

Psychiatrist and sexologist Walter Ghedin said: "The agreement in sexual relations should be a guideline that begins before, during and after any relationship, it implies respect, mutual pleasure and confidentiality.

"The use of contraceptive methods is one of the issues that should be agreed upon, and the use of the prophylactic appears as a necessary question in both fleeting and stable relationships."