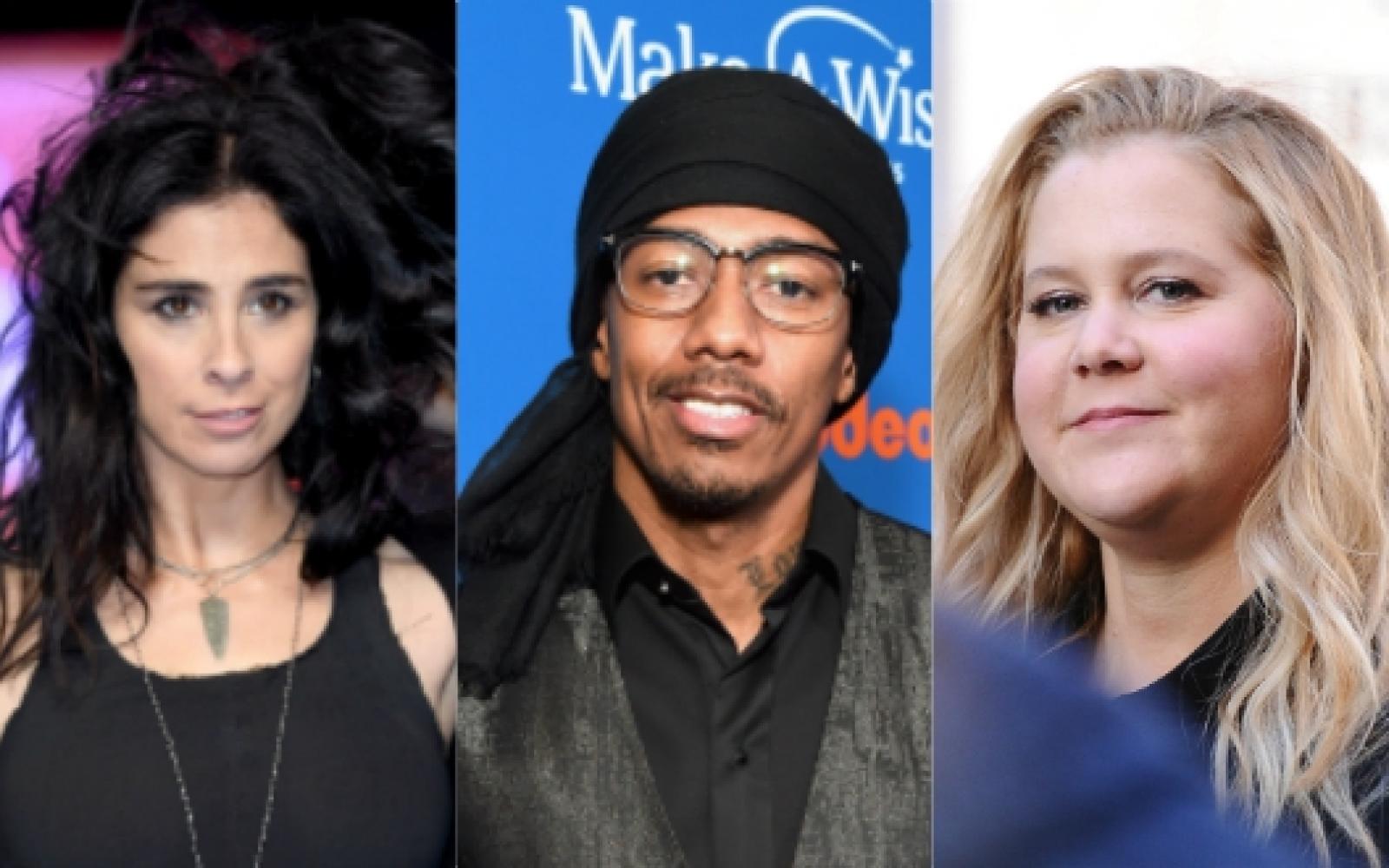 Pointing out a glaring double standard and sticking up for his friend Kevin Hart, Nick Cannon wants to know where are the apologies from these women.  Both Sarah Silverman and Amy Schumer have tweeted homophobic slurs like Kevin Hart. Earlier this week, Kevin Hart was tossed from hosting the Oscars after he refused to apologize for tweets that have occasionally been a thorn in his side from “trolls” if you ask him. Kev used slurs like “h*mo” and “f*g” in tweets and claims to have apologized already.

Now,  Nick Cannon is pointing out that Chelsea Handler, Amy Schumer, and Sarah Silverman have used the same exact words, no apologies.

Check out the screen grabs below. 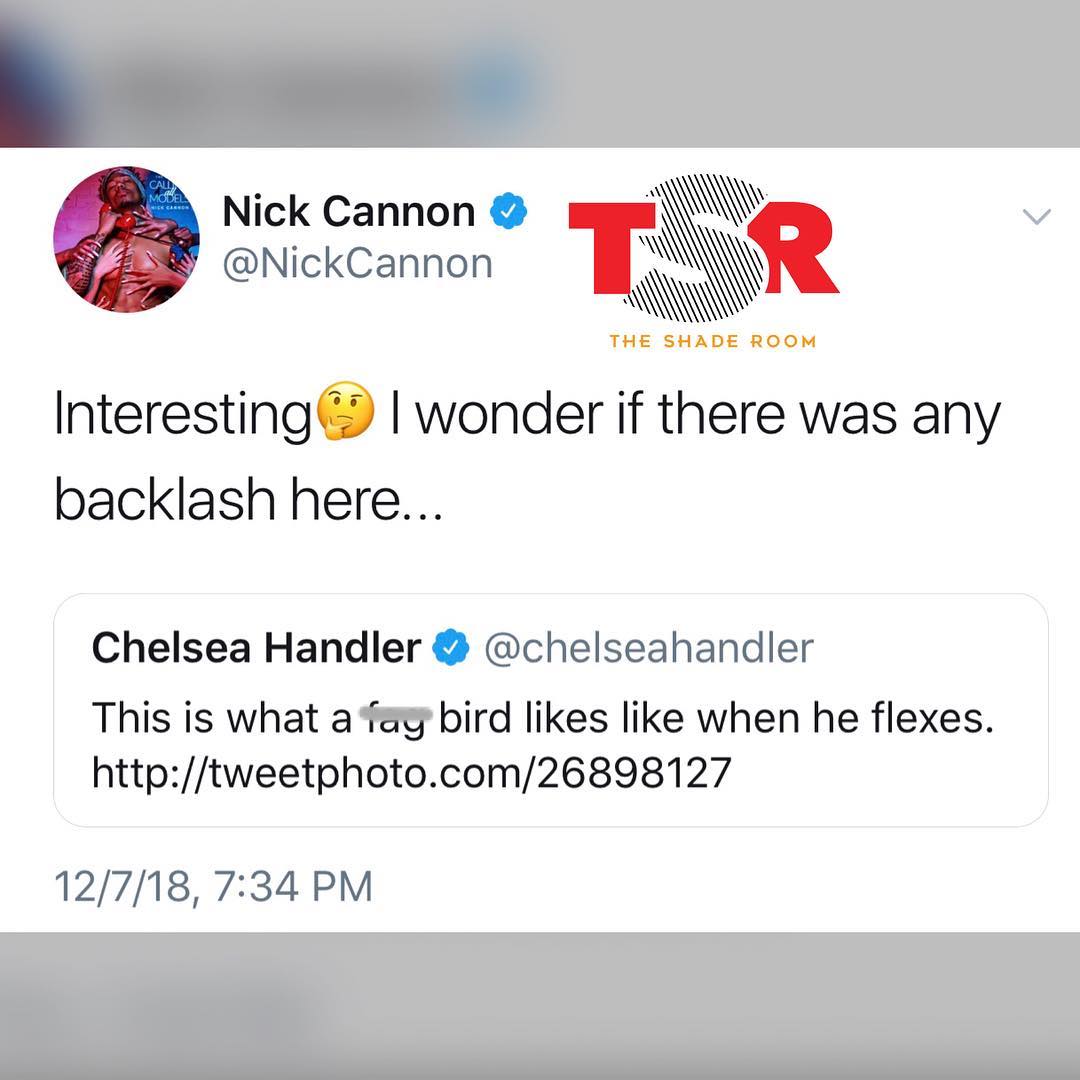 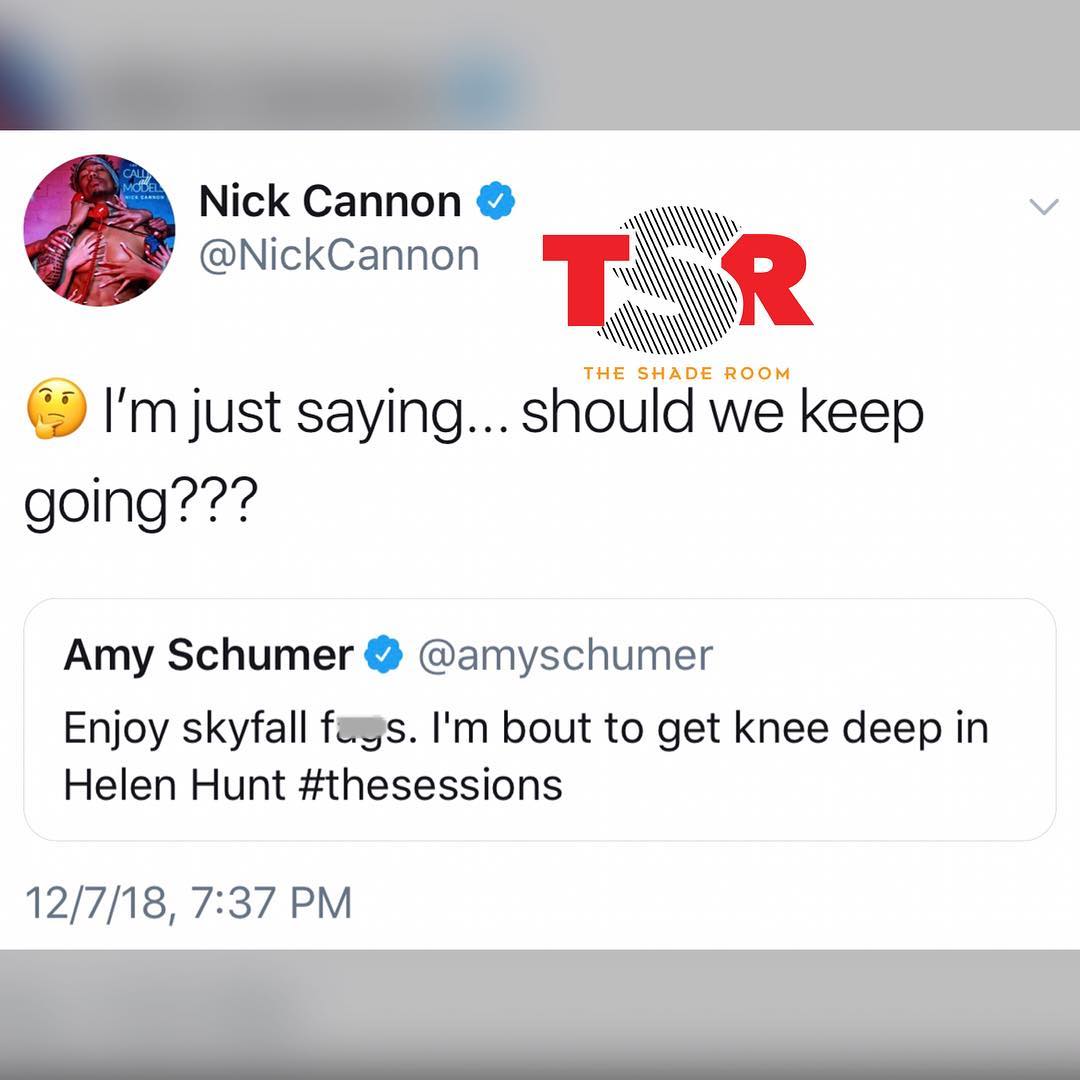