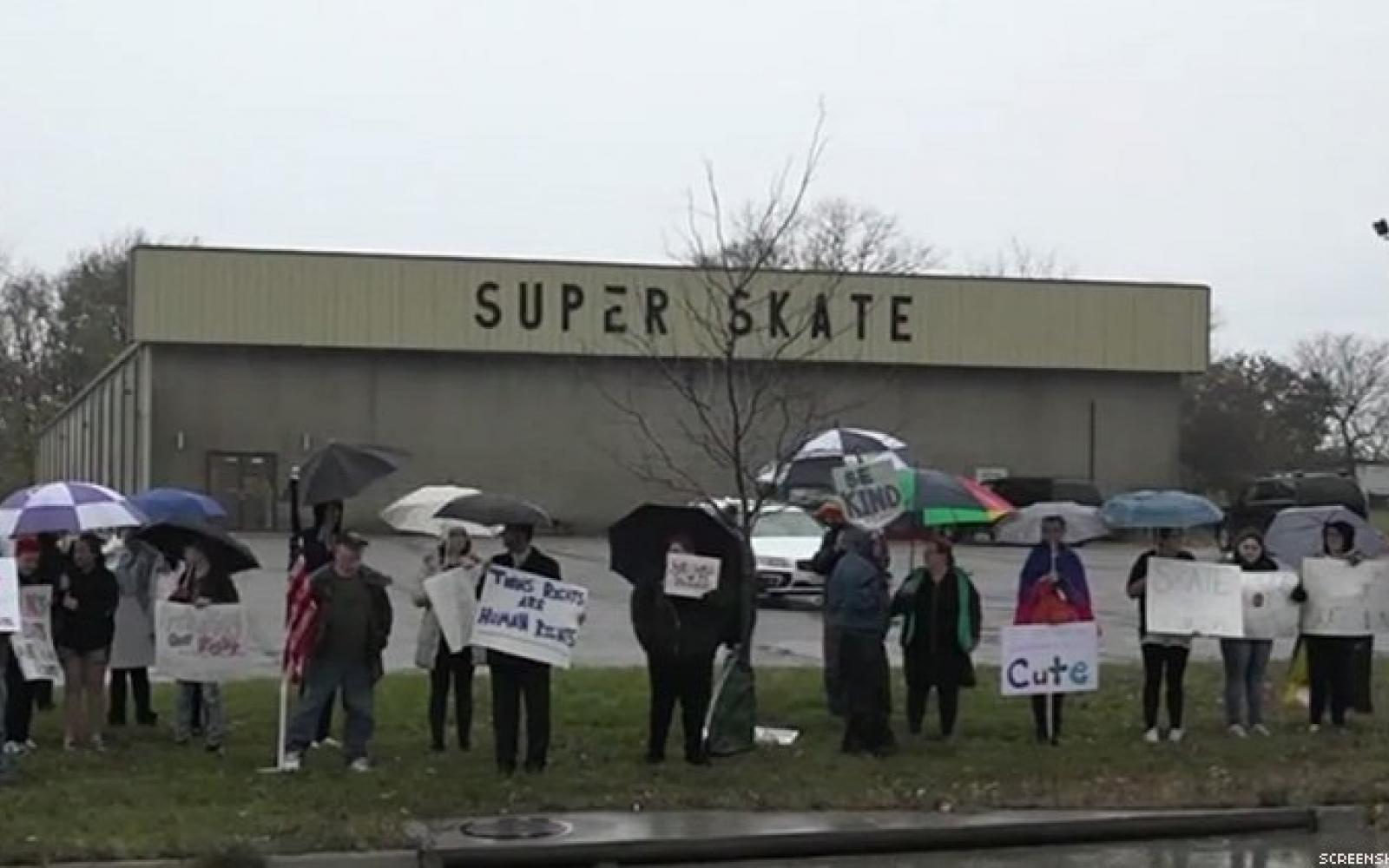 Two transgender boys said they kicked out of a rollerskating venue in Iowa after joining a single-gender session.

The incident reportedly took place last week at a Super Skate located in Cedar Rapids and was first publicly reported by a friend of one of the children’s mothers, who wrote about it in a Facebook post on October 27.

In the post, the woman alleged that the DJ asked the two boys to leave the floor, telling them “it’s not a social experiment.” The boys’ parents allegedly attempted to confront the owner over the treatment received, but they were told to leave.

Her message has since been shared more than 1,200 times by people mostly sympathetic to the boys’ plight, vowing to boycott the venue.

As news of the incident spread, local LGBT+ activist Tommi Karma organised a protest outside the venue which gathered a few dozen people on Saturday (November 3) who battled the rain to show solidarity with the two boys.

“We are all part of this community and we all want to participate and we should all be treated with respect and dignity,” Karma told local news station KCRG-TV9, adding: “The community will be here for these young men and anybody else who faces discrimination.”

The two boys, who asked for their names not to be mention in the news report, and their families were also present at the protest. They said they did not see anyone complaining about them being there, despite what the DJ told them.

“I’ve been going to Super Skate my whole life so I was just really disappointed and sad,” one of the boys told the news channel. “I’ve never had a problem until the last time I went,” the other one added.

Social media users also protested the boys’ treatment online, leaving negative reviews on Super Skate’s Facebook page and Yelp profile. “Very disappointed in their behavior towards kiddos. Not acceptable. The fact that they have discriminatory practices and don’t practice kindness is enough for me not to return,” read of the reviews left on Yelp.

Another person wrote on Cedar Rapids Super Skate’s Facebook page: “I can’t imagine allowing an employee to act so unprofessional and immature. There should be a no bullying policy and yet you let your employee bully AND discriminate. Definitely not the kind of business I want in my neighborhood. All kids should feel safe.” 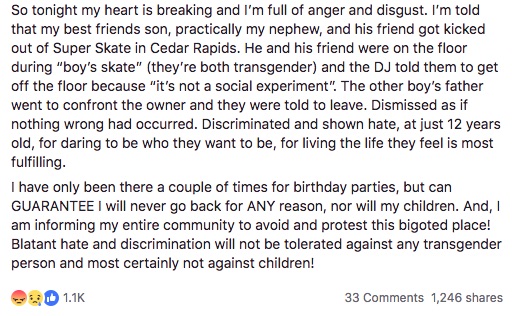