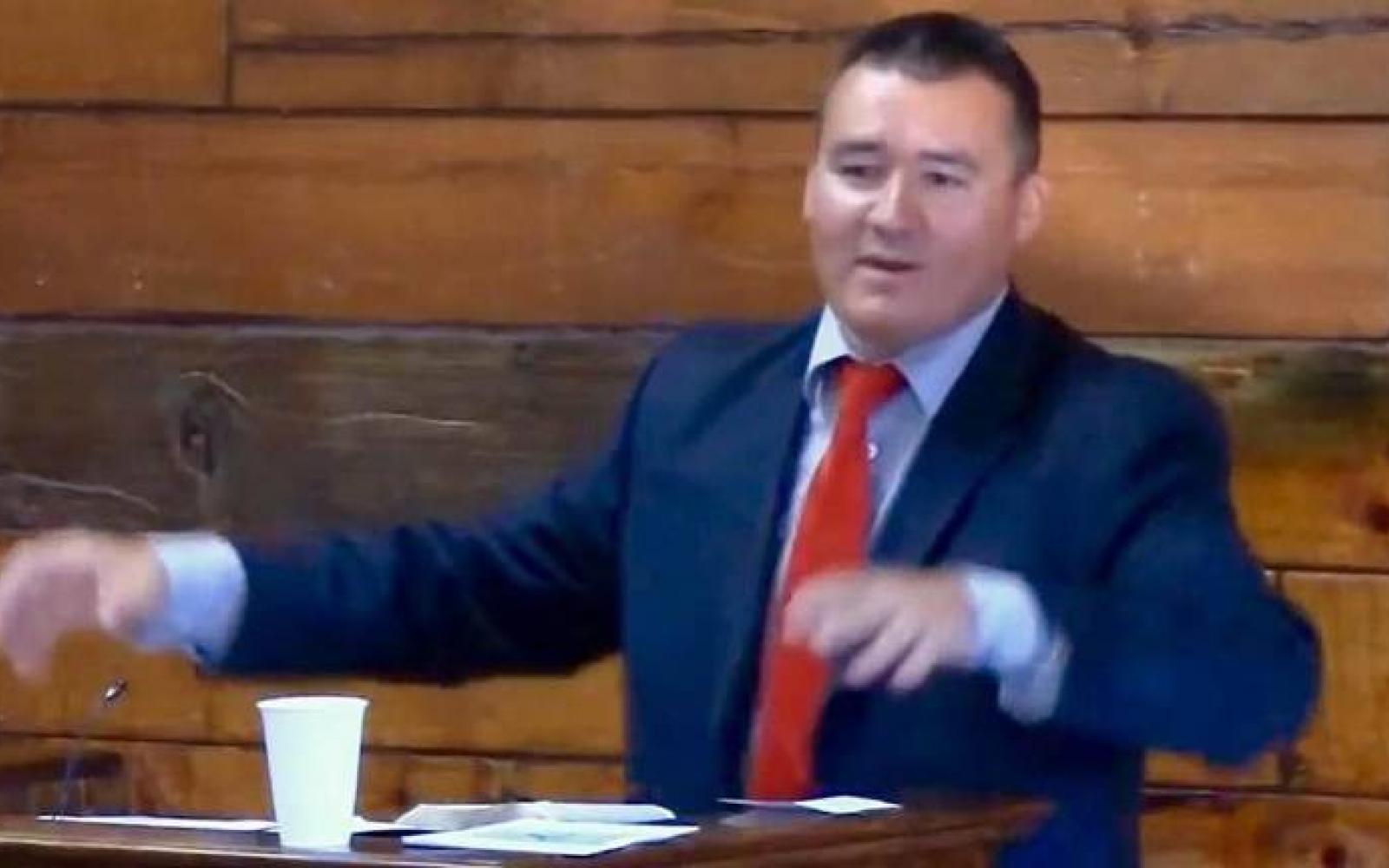 A pastor known for calling Orlando shooting victims at a gay nightclub “scum” in 2016 has been ousted from his Fort Worth church for “sleeping with prostitutes,” marijuana possession and gambling, according to a fellow pastor.

Romero could not be reached for comment Friday afternoon.

On Wednesday, Romero addressed the Stedfast congregation and said he was leaving the church. The announcement was posted on the church’s YouTube channel.

“I have not been ruling my house well. I have been a terrible husband and father,” Romero said tearfully in the announcement. “I’m the one at fault in this situation. I love Stedfast Baptist Church. I love my family. This is the best decision for my family and this church to make.”

He added that he and his family planned to stay at Stedfast as church members.

“I’m very sorry for the hurt this may cause people. I’m so sorry. I wish I would not have let it get to this point,” he said.

Anderson addressed the congregation in person Wednesday and posted a video on his personal YouTube channel Thursday explaining in detail why Romero was disqualified from being a pastor, saying Romero committed “grievous sins.”

“The major sin involved was being with prostitutes,” Anderson says in the video. “Also marijuana and gambling were discovered.”

Stedfast church was labeled as a hate group by the Southern Poverty Law Center in 2015. In December 2014, Romero said in a sermon, which was posted on YouTube, that gay people should be “put to death.”

Anderson is the pastor of Faith Word Baptist Church in Phoenix. He said he is helping Stedfast find a new pastor.

“I found out about it on Monday, and I confronted him and intervened and then basically stepped in and tried to help the church get through this,” Anderson said in an interview with the Star-Telegram.

“Churches frequently just cover things up,” Anderson said “That is wrong. It’s sad how it makes Christianity look bad and Baptists look bad, but it’s not right to cover this up.”

In June 2016, Romero posted a video of a sermon in which he called shooting victims at the Pulse nightclub in Orlando “the scum of the earth.”

“These 50 Sodomites were all perverts and pedophiles and they are the scum of the earth, and the earth is a little bit better place now, and I’ll even take it a little further. I heard on the news today that there are still several dozen of these queers in ICU, and I will pray that God will finish the job that that man started,” he says in the video.

After Romero’s sermon in 2016, a group of about 40 people protested across the street from the small Baptist church, chanting “We are done with hate!”

Anderson, the Phoenix pastor, is also well-known for his sermons, which frequently include hate speech. The church he founded, Faithful Word Baptist, was also designated a hate group by the Southern Poverty Law Center.

In one sermon recorded at his church, Anderson suggested the world could be AIDS-free by Christmas if only people “executed the homos like God recommends.”

Anderson also came under fire after the shooting in Orlando for saying, “The good news is that at least 50 of these pedophiles are not going to be harming children anymore,” The Washington Post reported.