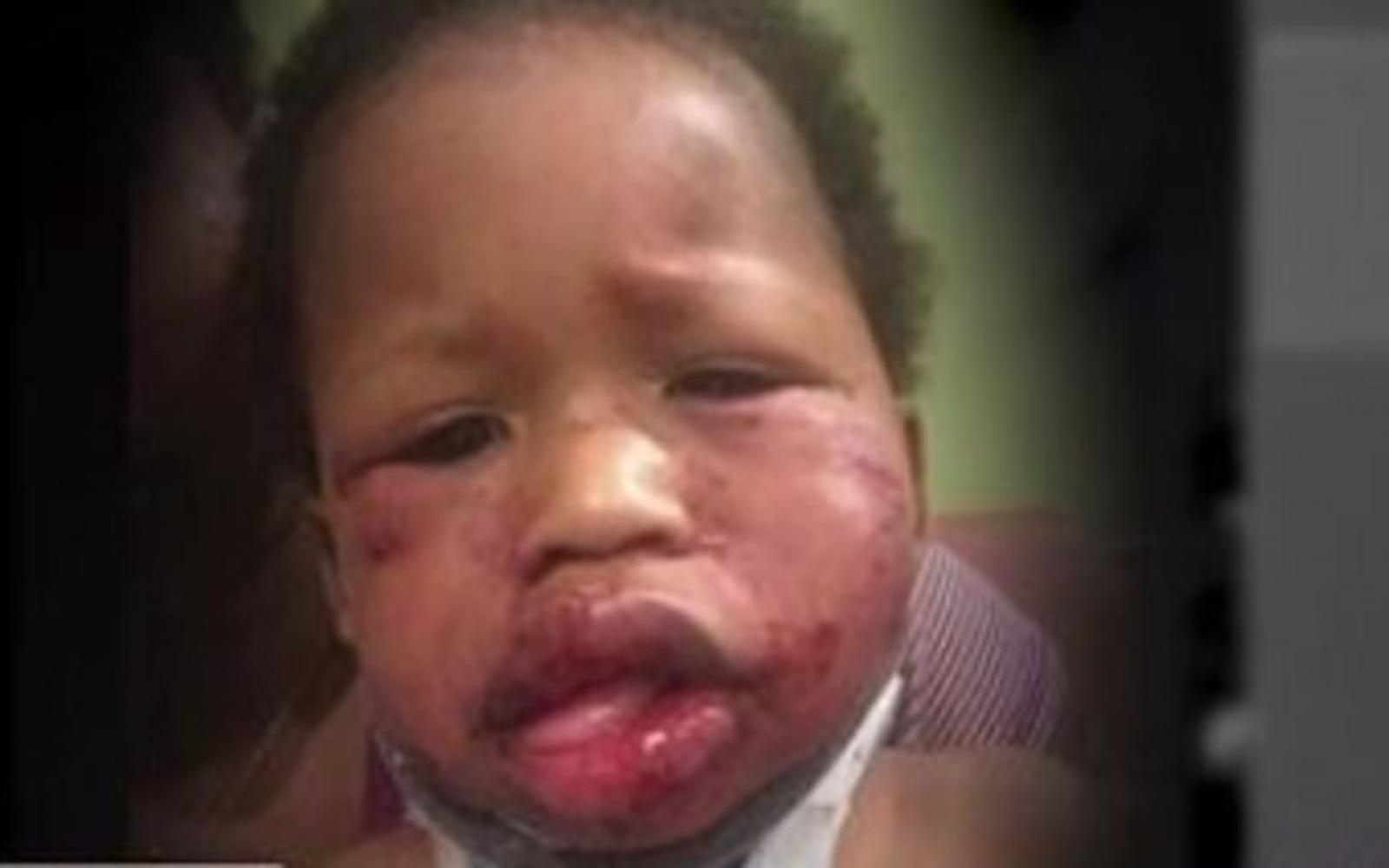 A mother is outraged after learning her son was beaten at the hands of someone at his Indianapolis day care. Now that 1-year-old is in the hospital as doctors work to see just how severe his injuries are.

Tiffany Griffin says she could hear her baby boy screaming when she arrived to the Kiddiegarden day care  Monday afternoon. She says she got a call from the day care a few hours after she dropped off baby Jesse and her older son.

"Now I gotta be a stay at home mom and not do the thing I want to do to advance in life to give them the best in order to make sure they're taken care of and not neglected," said mother Tiffany Griffin.

Baby Jesse has cuts to his face and both of his eyes and lips were swollen.

Tiffany admits to punching the 22-year-old day care worker out of anger and now the police report lists that worker as the suspect. But the worker told Tiffany another child assaulted Jesse.

Investigators went to the Kiddiegarden to try to get some answers. No one came to the door. We did reach the owner via phone and was told “no comment.” The owner later called us back to say the worker who was watching Jesse and the other children at the time of the incident has been fired.

As doctors work to find out if baby Jesse will have any lasting injuries, this mother is left questioning if she can ever leave her children in someone else's care again.

"I couldn't protect him and I was trying to do what's best for my kids like going to the doctor, taking care of my health and going to school. I've been going to school for two years and I just got him into day care just when I call myself getting stuff on track," Tiffany said.

Reporters checked the online database and found the Kiddiegarden is a licensed day care and it was inspected October 2017. Police are investigating but at this time no charges or arrests have been made as they work to find out what happened.

The owner of the day care says the worker has been fired.

"We are deeply saddened about what took place yesterday afternoon to Jesse. We at Kiddiegarden pride ourselves on not only providing quality service to families, but also providing a clean, safe and healthy environment for all of our children since we opened our doors three years ago. Kiddiegarden has never had any accusations of abuse or maltreatment from any of our children or parents. This was truly a sad, shocking and unfortunate event. We have been diligently working with law enforcement, child protective services, as well as state agencies on this matter. We have been fully cooperative and transparent with law enforcement to complete their investigation. Our hearts go out to Jesse and his family and are praying for his well being. Due to this still being an ongoing investigation, we are not at liberty to disclose any further details. We have confidence in the detectives who are handling the investigation to give us a final report of the incident, which we will make public. At that time we will make another statement addressing the matter."