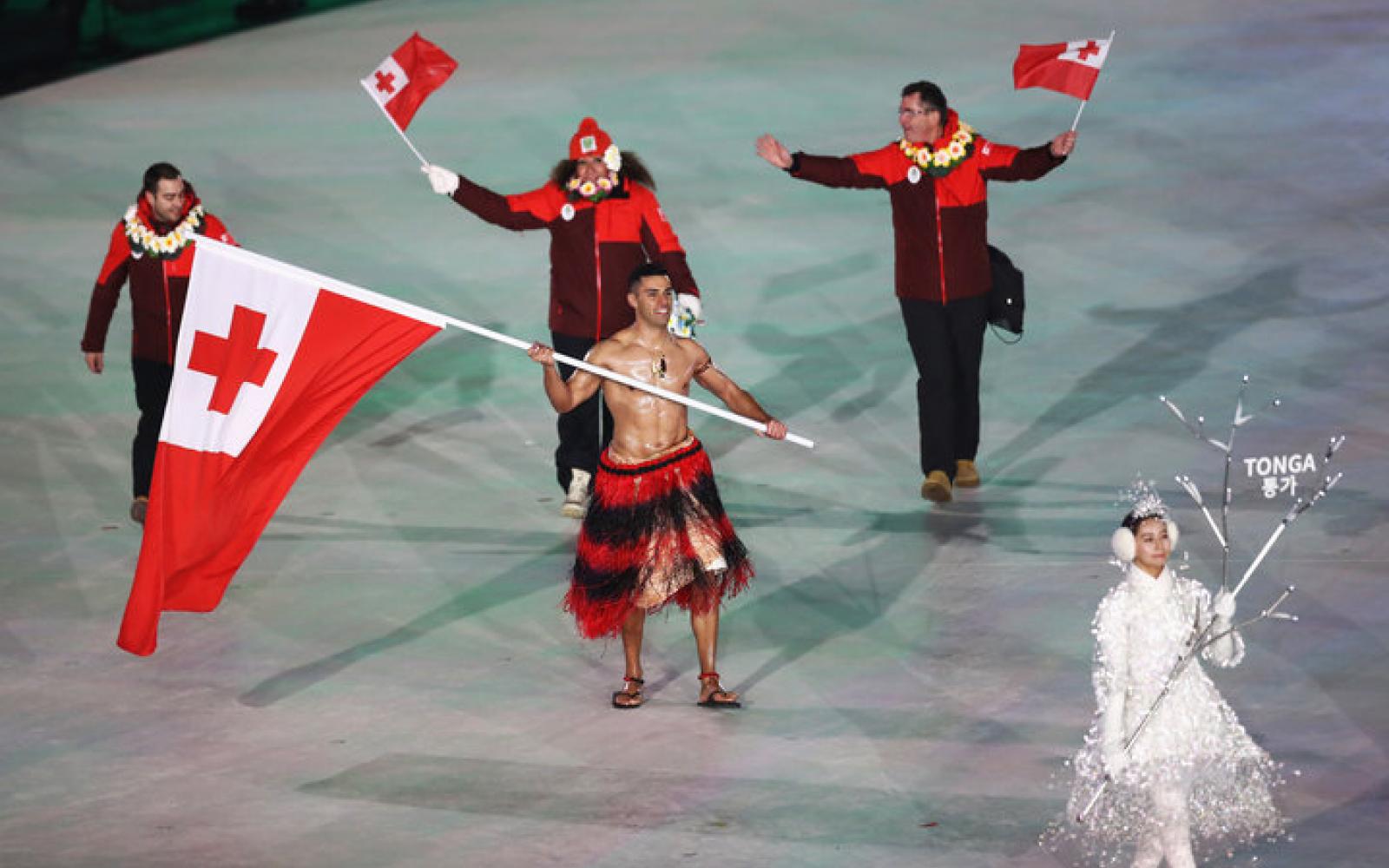 It was below freezing in Pyeongchang, South Korea, but you couldn't tell.

No shoes, no shirt, no problem.

Pita Taufatofua, Tonga's flag-bearer and only Olympic athlete is ready for #PyeongChang2018 pic.twitter.com/ZchGQwbfzX