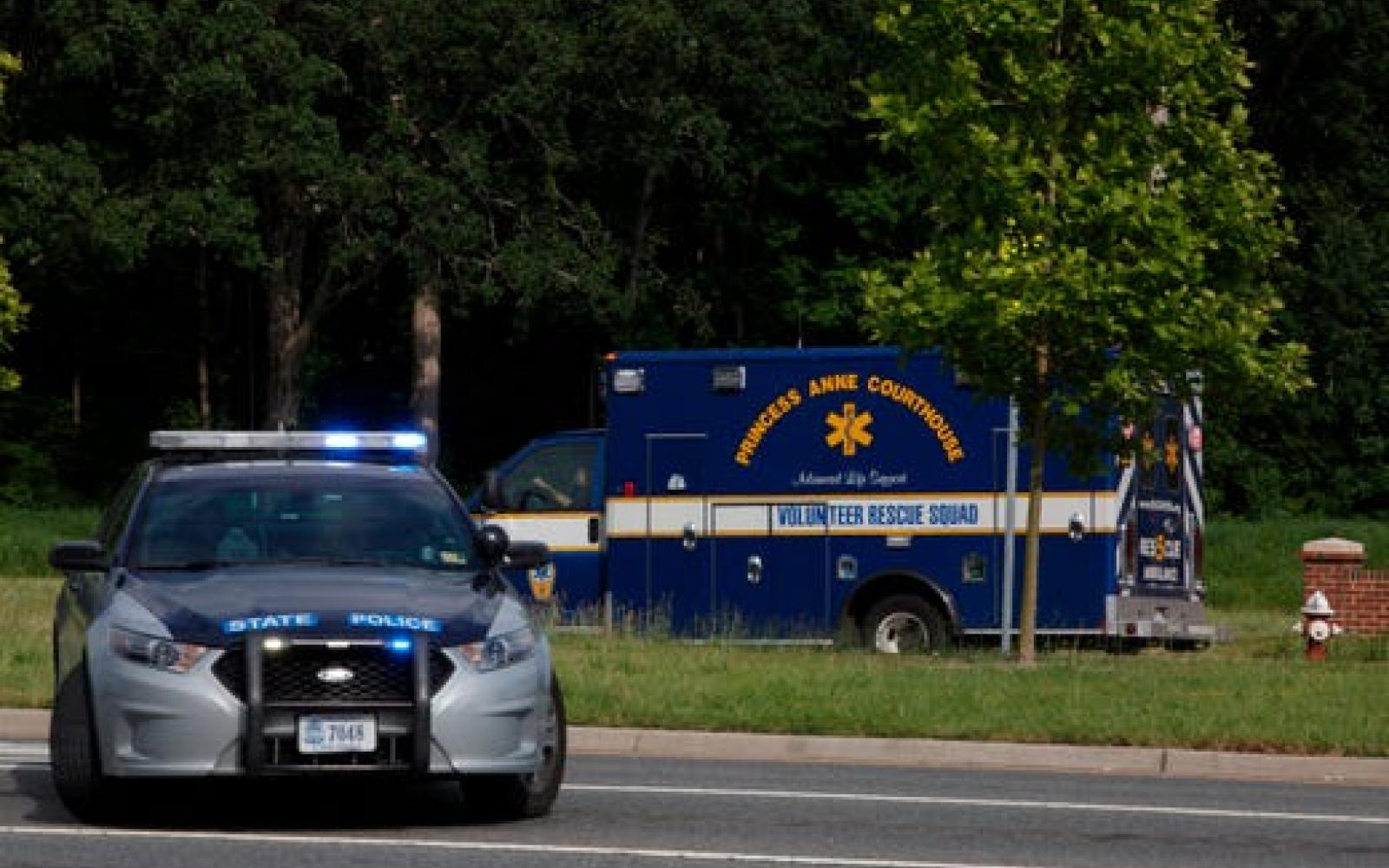 A longtime public utilities employee opened fire on co-workers at a municipal center in Virginia Beach on Friday, killing 11 people and wounding at least six others, according to police.

Virginia Beach police Chief Jim Cervera said the shooter – who he described as a disgruntled employee – died in an exchange of gunfire with officers who rushed into the building.

Cervera said the gunman walked into the building shortly after 4 p.m. EDT and "immediately began to indiscriminately fire upon all the victims."

One of the injured was a Virginia Beach Police officer who was saved by his bulletproof vest.

More: What we know so far about the Virginia Beach shooting

"This is the most devastating day in the history of Virginia Beach," Mayor Bobby Dwyer said. "The people involved are our friends, coworkers, neighbors and colleagues.

The shooting broke out in Building No., 2 of the sprawling Virginia Beach Municipal Center, which includes several city facilities, including the police department. Building 2 houses offices for planning and public works and is adjacent to city hall.

Megan Banton, an administrative assistant who works in the building where the shooting broke out, said she heard gunshots, called 911 and barricaded a door.

“We tried to do everything we could to keep everybody safe,” she said. “We were all just terrified. It felt like it wasn’t real, like we were in a dream. You are just terrified because all you can hear is the gunshots.”

Sheila Cook, an employee, said workers heard shooting but didn't think it was so close. She told reporters that police were able to alert them quickly to give them time to leave the building.

"I am still shaken, because there is entirely too much killing going on," Cook said.

Survivors of the shooting were reuniting Friday evening with friends and relatives at a middle school.

Paul Swain was among those who arrived at the Princess Anne Middle School to reunite with loved ones who were in the municipal building during the shooting. Swain said he saw his fiancee across the parking lot, clearly in an agitated state. He said he thinks she knew some of the people who were hurt or killed.

The school’s parking lot was filled with police and civilian vehicles.

Cervera praised first responders for their actions. "When this violent act occurred, police and fire-rescue responded and did the professional thing that they do, because that's what they do," he said.

Cervera also said that citizens can "rest easy" tonight after the suspect was taken down.

Virginia Gov. Ralph Northam, who rushed to the scene, said it was an "horrific day" for the community.

The mayor of Aurora, Illinois, where six people were killed in a shooting in February, said people in his community "mourn for the victims of this senseless mass shooting."

Virginia Beach, a popular resort town with a population of 440,000, is located along the Atlantic Coast about 200 miles south of Washington, D.C. It is also home to three military bases.

Christina Pullen, a spokeswoman for the FBI in Norfolk, said the bureau is responding to assist Virginia Beach police.