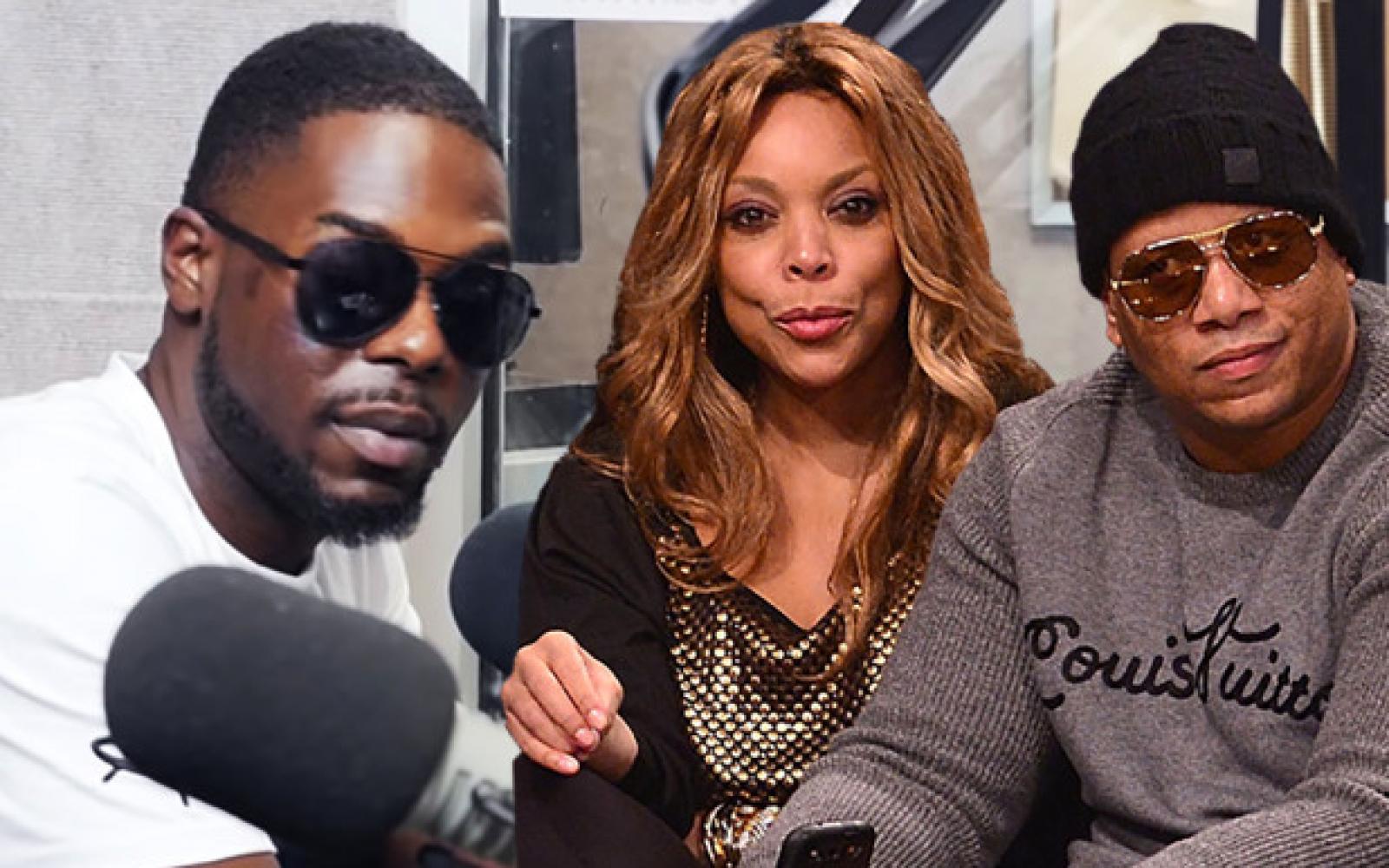 Kevin Hunter’s got his hands full as he ramps up a defense in his divorce case with wife Wendy Williams, he’s allegedly fathered a new baby outside his marriage and now he’s battling claims that he sexually abused a male business partner, Page Six reports.

Musician Aveon Falstar made explosive accusations, stating Hunter fostered a business relationship with him that turned sexual – and sexually abusive. Falstar appeared on the unWineWithTashaK podcast and said he was more of a “boy toy” to Hunter who moved him into his condo and carried out a relationship throughout 2018.

Falstar was reportedly signed to Hunter’s label thanks to his alleged mistress Sharina Hudson who he said convinced him to sign on. Falstar said he had performed as a warm-up act for the “The Wendy Williams Show.”

Falstar claims he and his law team sent Hunter’s law firm a “pre-suit” demand letter addressing the sexual assault and sexual humiliation claims but he said the letter was ignored. They were also seeking financial compensation.

According to Page Six, a rep for Hunter denied the claims and said they are false.

“The claims levied by Mr. Aveon Williams against Mr. Kevin Hunter are baseless and are completely false,” the legal rep said. “Mr. Williams’ actions are a part of an elaborate scheme to extort money from Mr. Hunter and is nothing more than an attempt to shake him down for financial gain.”

“This office did not offer to settle this matter for any amount nor did we counter their offer as, in accordance with our own independent investigation of these claims, we determined that Mr. Williams’ claims were without merit and we will not allow our client to be extorted by Mr. Williams,” the statement continued. “Mr. Hunter denies Mr. Williams’ claims in the entirety and it further saddens us that Mr. Williams is essentially making light of crimes involving sexual battery by levying these false claims, which a great disservice to those individuals who have actually been the victim of these types of heinous crimes.”

This has been a whirlwind of a week for Williams and Hunter.

She finally opened up about moving ahead without Hunter and gaining clarity about her life and preparing to move out of a sober living facility.

Hunter also released a statement seemingly admitting to the “wrongs” that has led him to divorce, which includes alleged claims of infidelity and fathering a child with Sharina Hudson.

Said Hunter in his statement:

“28 years ago I met an amazing woman: Wendy Williams. At the time, I didn’t realize that she would not only become my wife, but would also change the face of entertainment and the world,” Hunter said in a statement. “I have dedicated most of our lives to the business empire that is Wendy Williams Hunter, a person that I truly love and respect unconditionally. I am not proud of my recent actions and take full accountability and apologize to my wife, my family and her amazing fans.”

“I am going through a time of self-reflection and am trying to right some wrongs. No matter what the outcome is or what the future holds, we are still The Hunter Family and I will continue to work with and fully support my wife in this business and through any and all obstacles she may face living her new life of sobriety, while I also work on mine. I ask that you please give me and my family privacy as we heal. Thank you.”