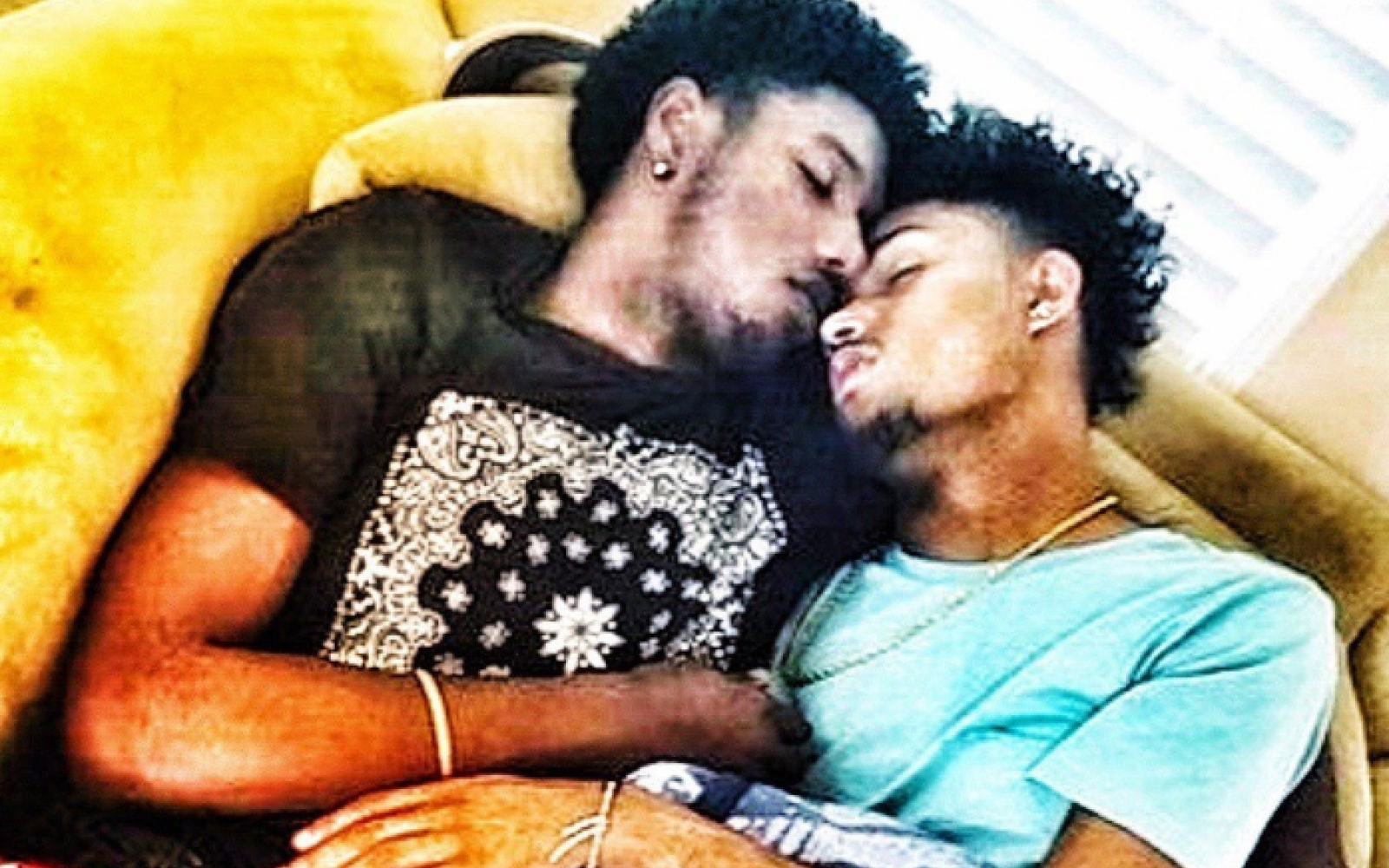 Who needs a dating app when you've got a warm body at home already?  We asked around and six guys told us their stories about hooking up with roommates.  Some are good, some are bad and almost all of them involve too much alcohol.

1. “I lived with this guy that I had known for a few months. We met through mutual friends and both needed roommates so I thought, why not. Anyway, one night after moving in, we went out to a bar one night, and met this other guy, and we both really hit it off with him and took him back to our place. We had a threesome and went on for awhile. When he finished, my roomate  and I kept going. We just couldn't stop. The connection was so intense and he always knew exactly what I wanted. We still live together and hook up all the time. We definitely aren't in a relationship, but we have a "sex only" thing happening.” —Damien, 24

2. “I had moved into a two bedroom apartment last summer after graduating college. The tenant in the next bedroom was a few years older; he was in law school. We had chemistry from the beginning, but often just lived our own lives. When I began to stay home more often, the two of us spent more and more time together. From cooking dinner to even cleaning together, we became friends quickly. The first night we had sex was truly unexpected. I was back from work, ready to shower and head to bed, but I noticed he was stressed. Talking through what had been going on in our lives turned into him leading me to his bedroom. We slept together that first night, and several times after. We never established anything because he made it clear that his focus was on law school, so sex was all he wanted. I moved out four months later. It was great sex and a fun time, but I knew I was developing feelings he couldn't reciprocate. I wasn't comfortable being used anymore. Sleeping together never ruined our living situation, but I had to take myself out before it got too deep.” —Aiden, 23

3. “I moved into a house with a few friends and we moved in with a guy who owned the house. I thought he was attractive the moment I met him but didn't foresee anything happening. A few days after we moved in, we were all watching a movie together as housemates. He and I began rubbing feet under the blankets. After the two others went to bed, the foot touching changed to a an oral session, leading to his bedroom. I decided to cool it because I was worried about how the others in the house would feel. However, after a few shots a couple of nights later he and I were back in bed. One of our housemates walked in on us and was extremely angry. We continued to secretly hook up, although everyone in the house was aware and unhappy about it. He later cut it off for a bit. A few months later, he and I were getting along well as friends. Late one night he told me he still had feelings for me and wanted to try again. I was scared about getting played but admitted I had feelings for him still as well. We agreed to be honest with one another and started dating again. We've been officially together for about a month now. Everyone in the house is happy with our relationship, too, which is nice.” — LeMario, 27

4. I messed around with my roommate over the course of about a year while living together and it was pretty great at times, but overall it made me an emotional wreck. At first, we used being drunk on a Saturday night as our excuse, but then I started to really care for him, and I thought he cared for me too. After that it all went downhill. I tried to be the cool friend who was super chill with him going out on other dates. I would even listen to him vent about his dates, nodding and smiling like a supportive friend who has seen him naked. One time he told me about a date that was turning into a dud and that all he could think about was how he wished he were hanging out with me—that time I genuinely smiled. These tiny moments made me happy but then there are the sad ones, like when it's Friday night and I would hear him getting ready to go out with his friends without me. I would pray that he didn't bring some nigga home. A few months into f*cking he told me he wanted to end things between us. We were at a bar and he told me this—whatever "this" was—wasn't working out. It's upsetting when someone rejects you, but it's even more upsetting when it's your roommate and you have to share an Uber back to the apartment where you live together in bedrooms right next to each other. "—Chris, 26

5. “My roommate and I started as best friends. About a year into living together we both started dropping hints that we may be attracted to each other, but neither of us wanted to make a move. I wasn't out at the time, and he didn't want to come off as 'the gay guy who sleeps with all his friends' and both of us also had a solid fear of ruining our friendship. Then, one night after quite a bit of drinking and watching movies on Netflix, he made his move. He looked me in the eye and asked 'If I started sucking your d*ck would you stop me?' I was terrified of jeopardizing our friendship and replied 'I don't know' but he looked at me and said 'that's not an answer.' And after that it was like we were rabbits. The next couple weeks following were an awkward clusterf*ck of 'what do I want?' and 'what does he want?'" thoughts. He was my first hookup with a guy and I wasn't even sure if a relationship was what I wanted, but there was something about our sessions that made me want more. After a lot of awkwardness and another drunk sex, we finally decided to go all in.” —Antonio, 28

6. My boyfriend and I were living together but we had an extra room in our apartment so we decided to rent it out to someone else.  We eventually moved another gay guy in after going through a bunch of applicants.  We would flirt from time to time but it was always playful and nothing really serious.  My boyfriend and I started having problems and I would turn to our roommate for advice.  He would always let me cry on his shoulders listened to me whenever I needed him to.  One weekend when my boyfriend was out of town for business the roommate and I ended up staying up late and drinking and one thing led to another.  We ended up messing around a lot when my boyfriend wasn't around.  One day my boyfriend got off of work early and caught us.  He moved out the next day and since neither I or the roommate could afford the place on our own or together we moved out as well.  We really haven't talked since. -Lee 32 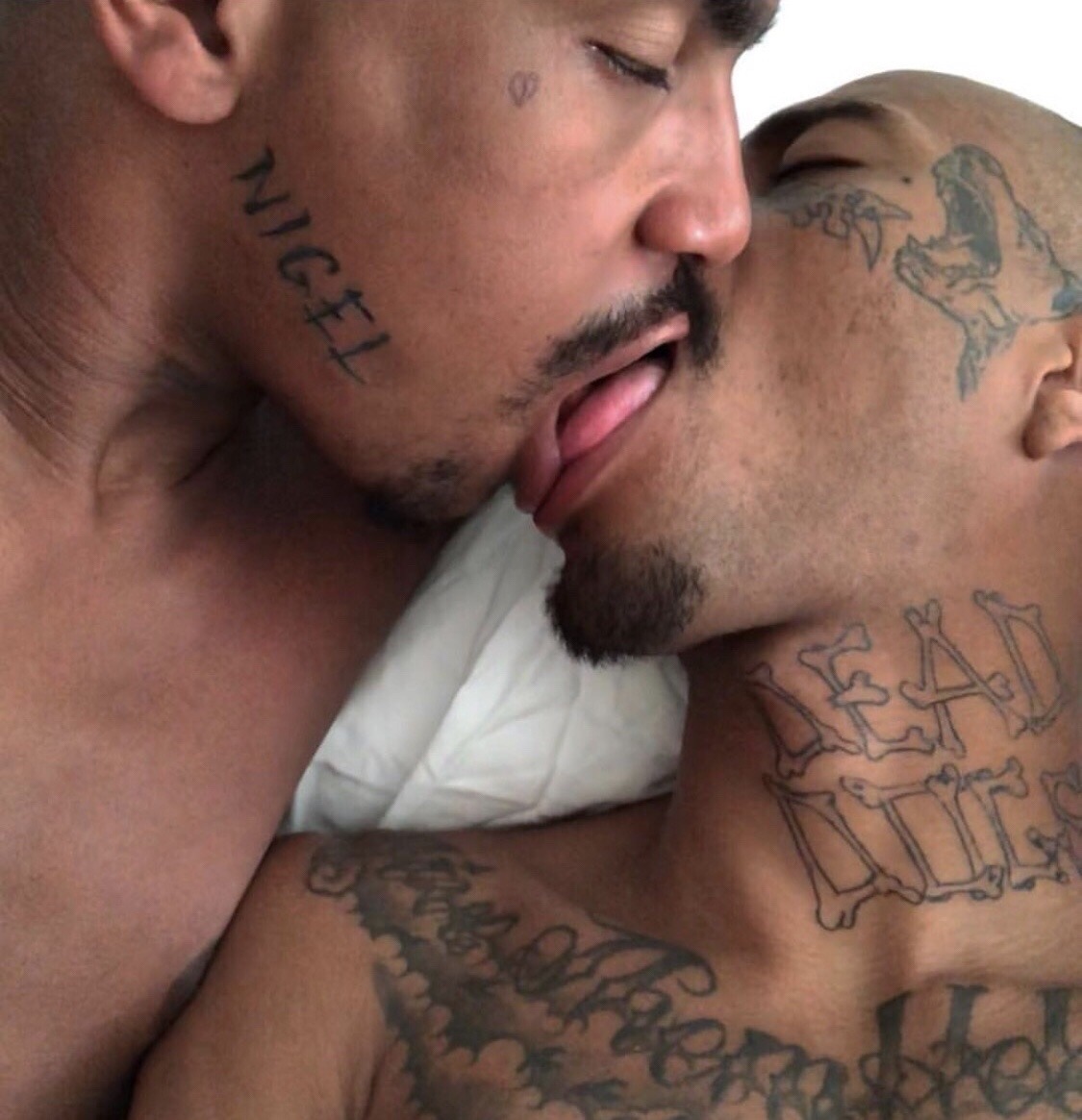