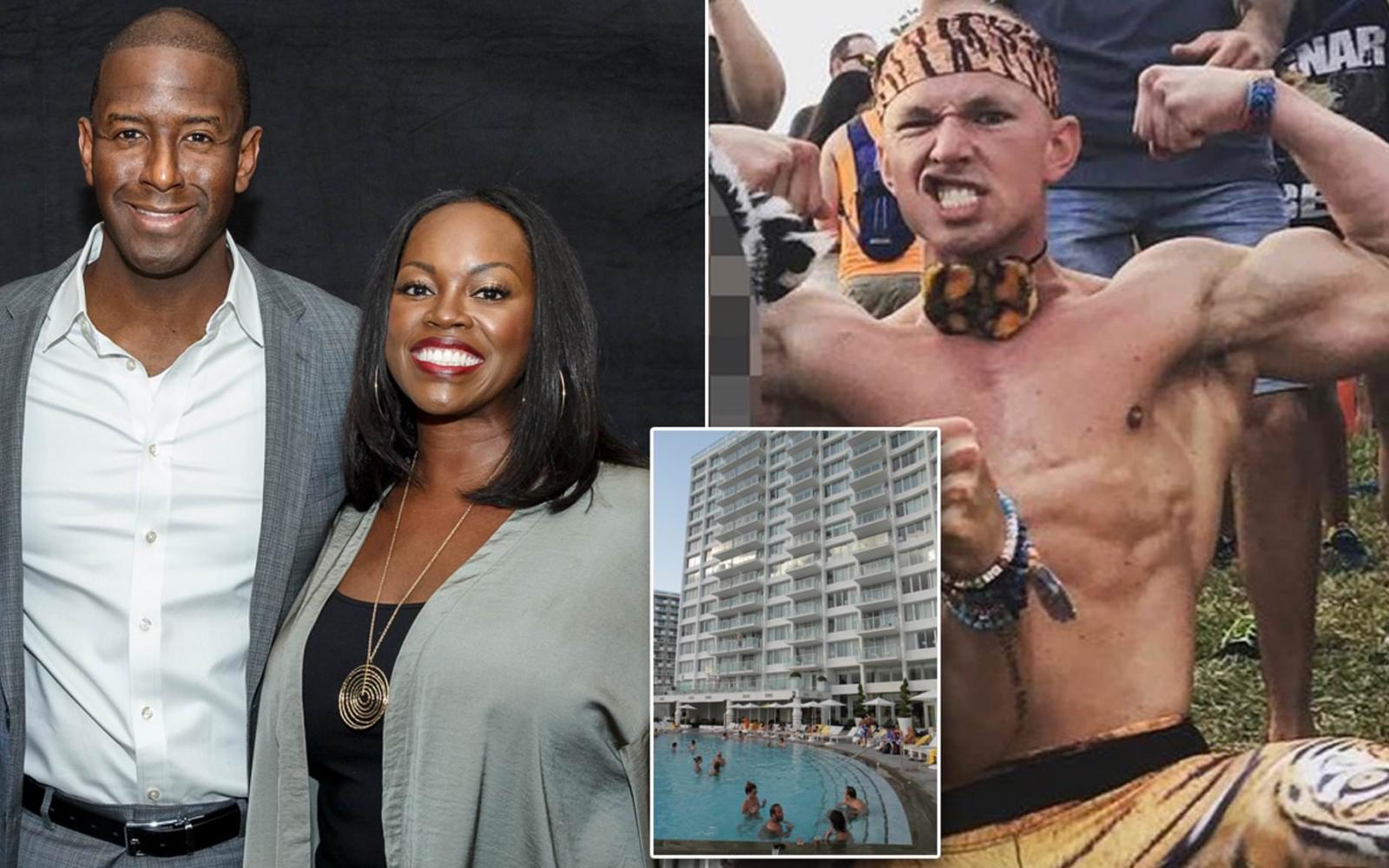 The speculations stemmed from tweets by two people on Twitter who claimed to know Gillum's wife, who shares three children with the former Tallahassee mayor. Neither Gillum, who is currently in an alcohol rehabilitation facility, nor his wife has responded to the rumors.

This arrived after photos from the alleged gay party that he attended with to other men, one of which is openly gay, found their way out online. In the graphic pictures, Gillum was seen being drunk and stripping down to nothing as he lay on the floor inside a Miami hotel room.

Also found in the room were plastic bags with suspected crystal meth inside. The photos, which were obtained by Daily Mail from police under Freedom of Information law, featured empty beer bottles and prescription pills scattered among trash and soiled sheets that were covered in bodily fluids.

Gillum, who is married with three children, was found inside the Hotel Mondrian room last week with two other men, Aldo Mejias and Travis Dyson, on Friday, March 13 after the Miami Beach Fire Rescue workers received a call about a possible overdose. The later of whom was overdosed on crystal meth as police found them semi-nude and disoriented.

After the news first broke, Gillum was quick to release a statement in which he denied using meth. Gillum explained, "I was in Miami last night for a wedding celebration when first responders were called to assist one of my friends. While I had too much to drink, I want to be clear that I have never used methamphetamines."

He added, "I apologize to the people of Florida for the distraction this has caused our movement. I'm thankful to the incredible Miami Beach EMS team for their efforts. I will spend the next few weeks with my family and appreciate privacy during this time."

Gillum, however, has yet to address speculations that he's secretly living a gay life. If anything, the rumors were only escalating due to a statement from blogger Funky Dineva, who claimed to be attending Florida State University, a neighboring university of Gillum's Florida A&M University. Dineva, who is openly gay, shared that he's a longtime friend and supporter of Gillum, adding that there were rumblings that the latter was gay during their college days.