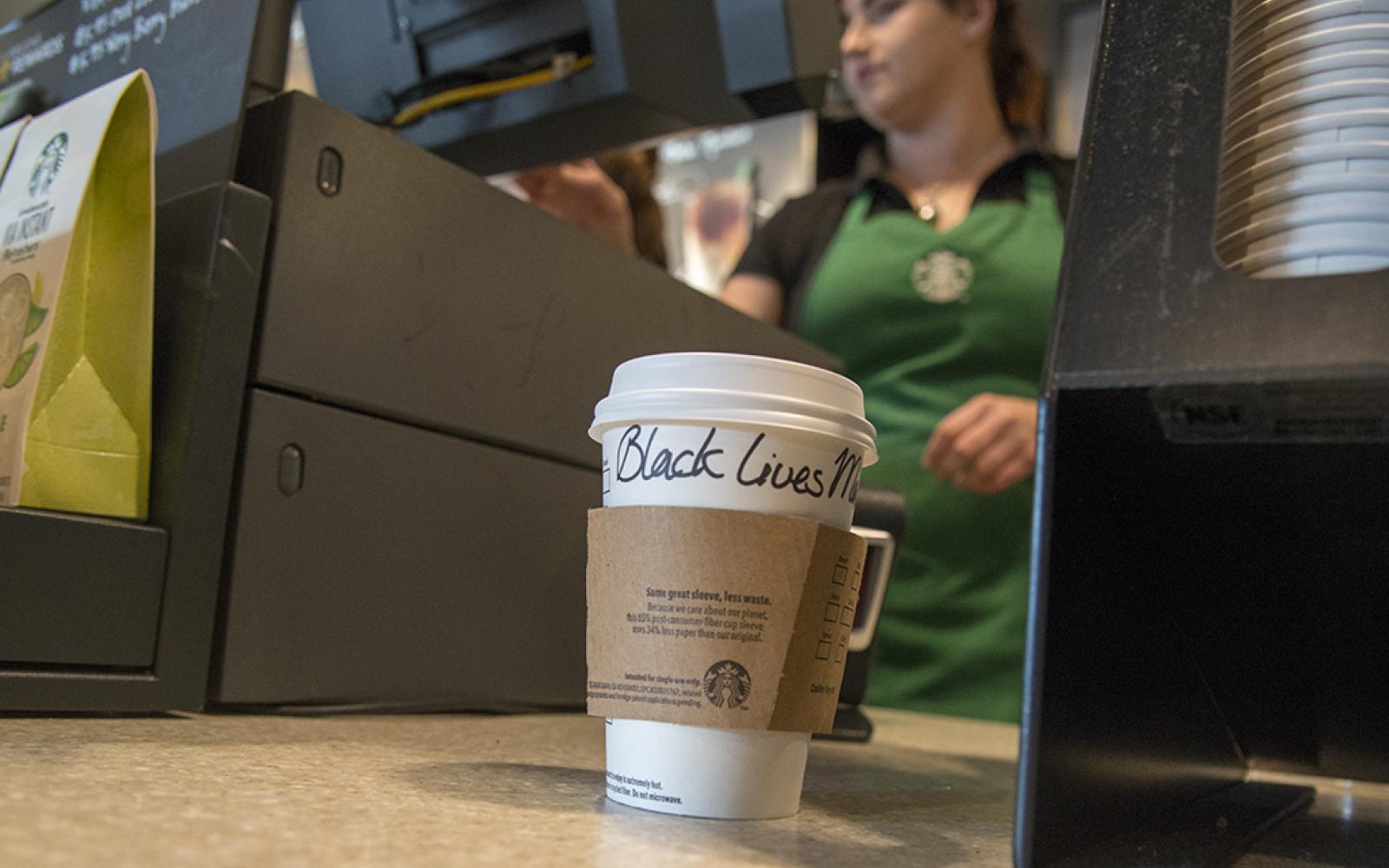 The memo, obtained by BuzzFeed News, reminds staffers that such messages are prohibited under the company's policy against accessories that "advocated a political, religious or personal issue."

Numerous employees told the news outlet, however, that the company regularly allows or even encourages employees to wear pins in support of LGBTQ equality, especially during Pride Month every June.

"Starbucks LGBTQ+ partners wear LGBTQ+ pins and shirts, that also could incite and create violent experiences amongst partners and customers," one black transgender employee of the coffee chain told BuzzFeed. “We have partners who experienced harassment and transphobia/homophobia for wearing their pins and shirts, and Starbucks still stands behind them."

A video from a top company executive reportedly sent with the memo warned employees that "agitators who misconstrue the fundamental principles" of the movement could seek to "amplify divisiveness" if the messages are displayed in stores.

"We know your intent is genuine and understand how personal this is for so many of us. This is important and we hear you," the memo read.

A company spokesperson confirmed the memo's authenticity to BuzzFeed and said that such messages are prohibited "to create a safe and welcoming" environment at Starbucks locations.

"We respect all of our partners’ opinions and beliefs, and encourage them to bring their whole selves to work while adhering to our dress code policy," the spokesperson said.

The development comes as protests have erupted around the country over the death of George Floyd, a black man who died while in Minneapolis police custody. Video of his arrest reinvigorated support for the Black Lives Matter movement and has led to numerous companies showing support for it.