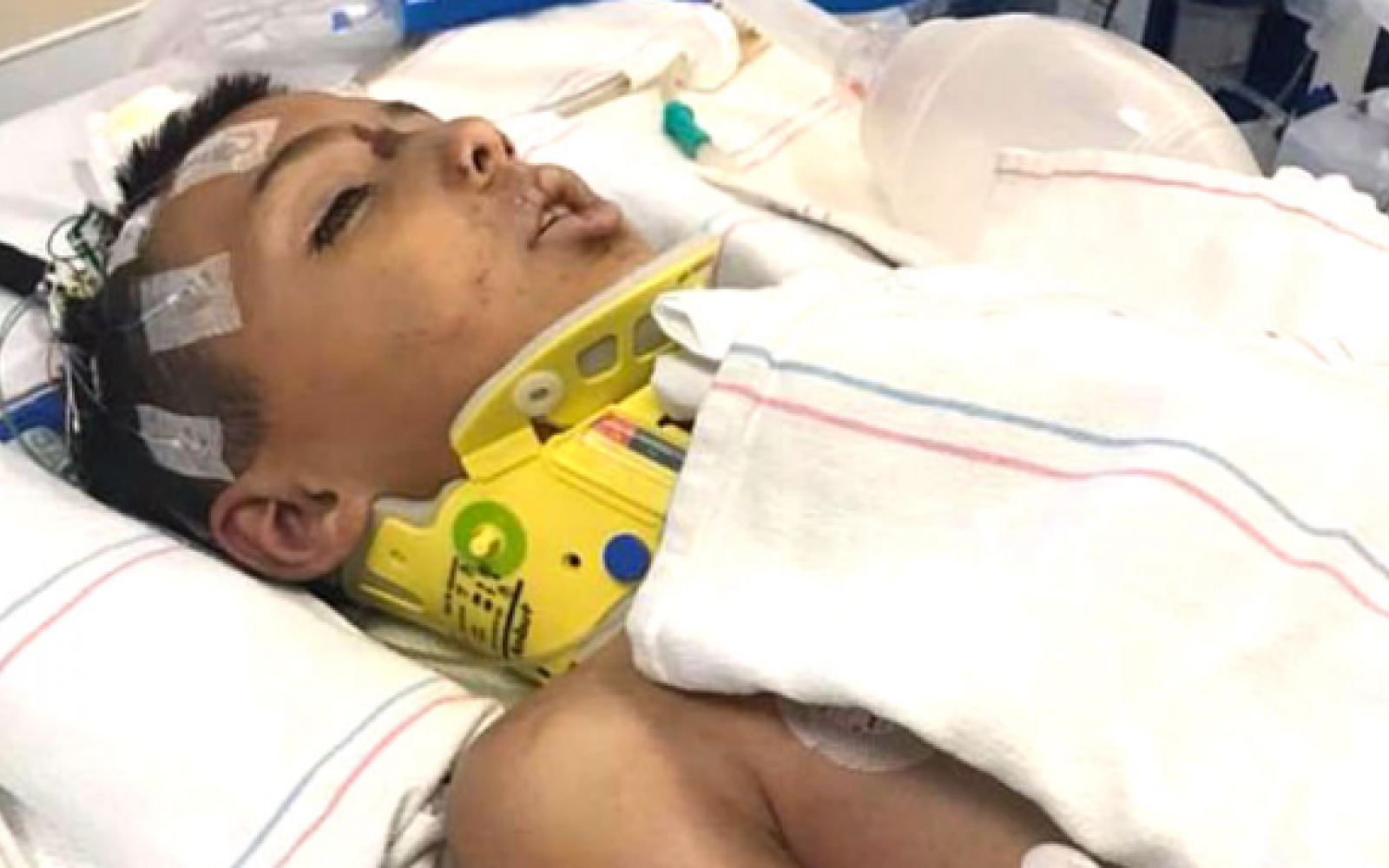 LOS ANGELES -- Numerous calls made to the Los Angeles County Department of Children and Family Services have come to light after grand jury documents were unsealed by a judge presiding over a Lancaster child-abuse case.

The case revolves around 10-year-old Anthony Avalos, who died in June, and his mother and her boyfriend who are accused of torturing and murdering him.

Los Angeles County prosecutors describe Anthony's life as 10 years of torture that was doled out by Heather Barron and Kareem Leiva. The couple have been charged with murder.

"We must connect the dots to find out what happened, how this could have been prevented to make sure this never happens again to another child," Brian Claypool said.

A judge unsealed grand jury transcripts and audio Monday in the case of a Lancaster boy being abused and murdered by his mother and her boyfriend.

What happened, according to prosecutors, is spelled out by hundreds of pages of crime scene pictures, coroner's records and grand jury testimony. The numerous calls made to DCFS reported injuries and abuse to Anthony and his siblings.

Unsealed grand jury transcripts detail horrific abuse allegations against a Lancaster woman and her boyfriend in the death of her 10-year-old son.

One of the calls released came from a Lancaster day care worker.

"The kids came, there were bruises on their face and so we asked and the mom just said that they were fighting each other...they said that mom wasn't home, that he made them fight each other," she said.

The assistant principal at Anthony's elementary school called DCFS to say the boy told her he was being forced to dig through trash to find food and was beaten by his mom.

Even Anthony's uncle, David Barron, filed a complaint to DCFS against his own sister. He described how Leiva dangled the boy out of a second-story window by his ankles and beat him.

"He came to our house and his ears had scabs and bruises on it and he said it was from Kareem dragging him around by his ear. And I go, 'What else does he do?' and he said, 'He picks me up and slams me to the floor and against the wall,'" David Barron said in one of those phone calls.

Despite those filings - nine of them over a 2 and half year period - DCFS workers deemed the reports of physical abuse to be unfounded or inconclusive. One report filed with DCFS came from a DCFS worker.

The worker is mandated by law to report signs of abuse, and she reported bruises on the face and arm of one of Anthony's siblings. But the agency didn't seem to take the issue seriously.

DCFS said it worked with Anthony and his family for 3 and a half years, assigning no fewer than 12 social workers to the case.

Anthony's death, the department reported, happened after a year and a half of no new reports of abuse and after DCFS stopped monitoring the family.

Leiva and Barron pleaded not guilty and their murder charges includes the special circumstance of torture. Prosecutors have not decided whether they'll seek the death penalty.