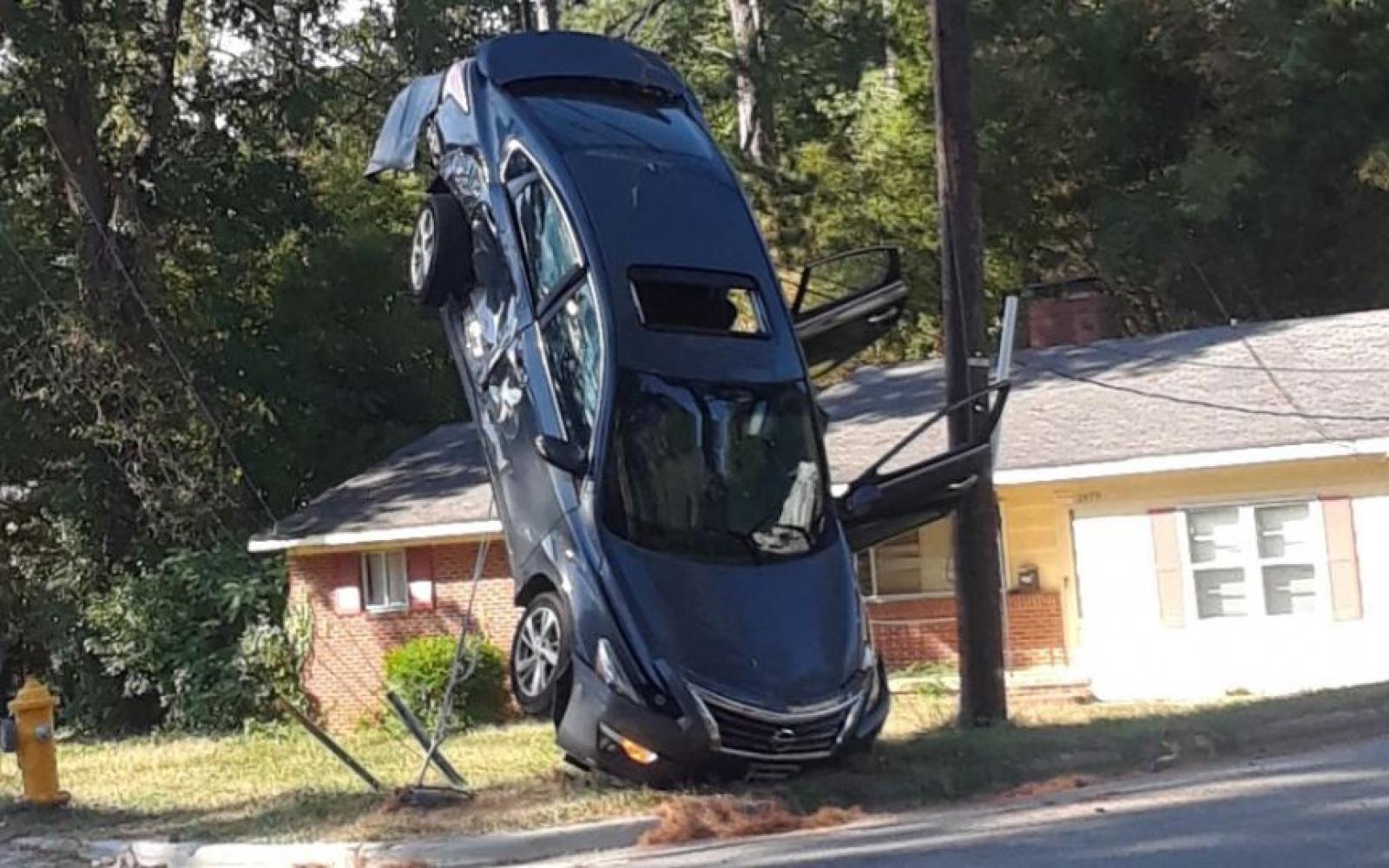 Authorities say three teenagers were injured in a crash Saturday that caused the vehicle they were in to come to a rest vertically.

The wreck involved two vehicles and happened at the intersection of Milburnie Road and Chatham Lane in Raleigh, just after 3 p.m.

Police say the vehicle that landed vertically was being driven by an underage teenager and two other minor teens were passengers. All three sustained non-life threatening injuries and were transported to a nearby hospital to be treated.

The car that landed vertically — with the rear of the car in the air and the front on the ground — appeared to be resting against a wire used to support a telephone pole.

The driver of the second vehicle was treated at the scene for minor injuries.

The type of crash with a vehicle going up a telephone pole support wire is rare, but not unheard of.

Similar crashes have happened in Fayetteville and at the coast in Wilmington in the last couple of years. Another similar crash involved an SUV.

No other details about the Raleigh crash were available from police. The wreck remains under investigation.