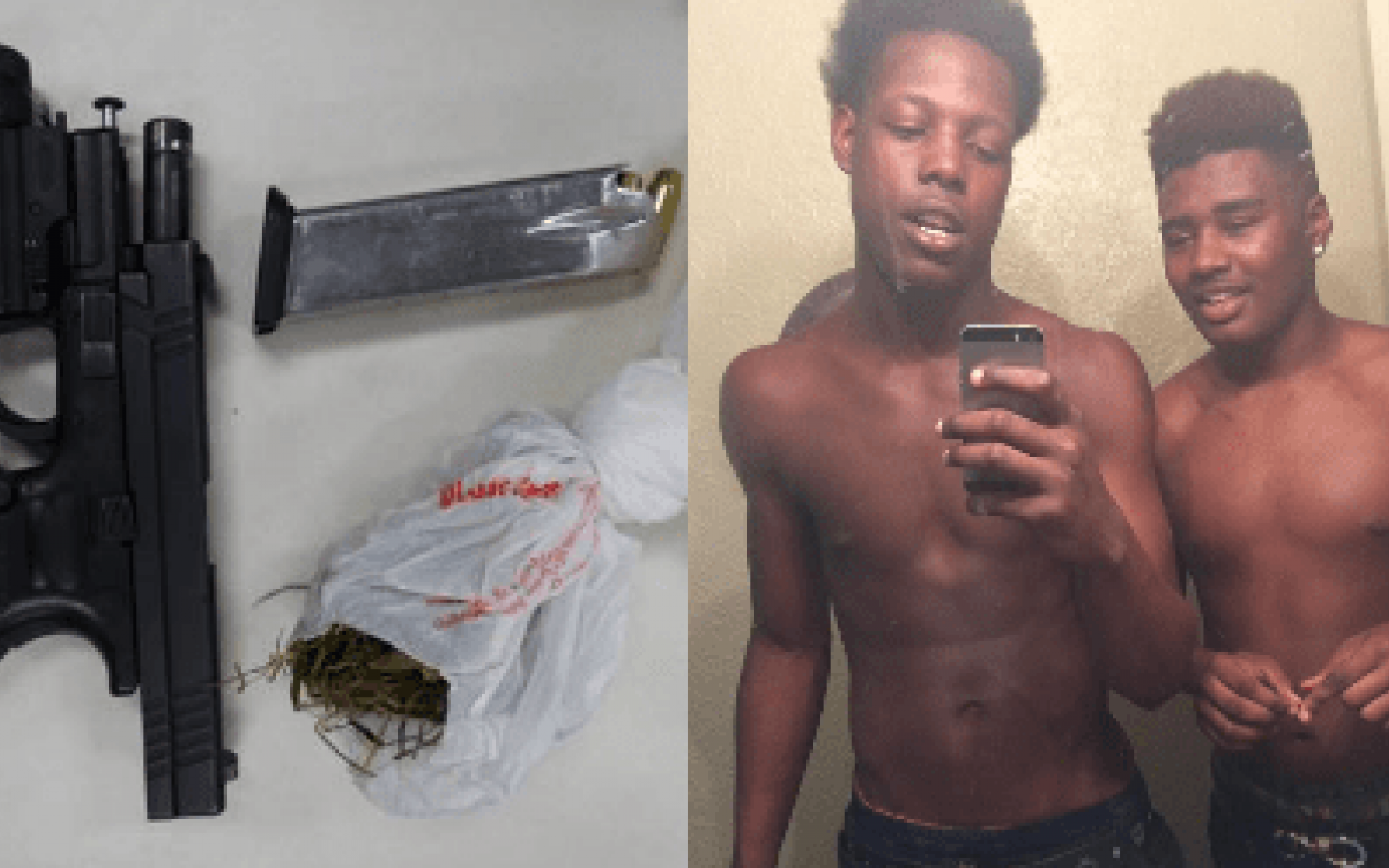 On Tuesday, detectives from Metro Nashville’s Midtown Precinct logged onto the gay hookup app “Jack’d“, as part of an ongoing undercover investigation regarding robberies in the Hillside Avenue area. They were looking for suspects selling marijuana on the app, due to one of the robbery victims reporting that as a part of how he was lured to the area. A spokesperson for MNPD says the scope of use for the application was to prevent further victimization of members of the LGBT community, and not part of any larger operation.

The detective was directed to come to an address on Hillside Avenue to complete the drug deal. Detectives set up surveillance in the area, and observed two black males arrive together, on foot, and loiter behind the address the officer was sent to, as they were observed actively looking around and at their phones while messages were being sent to/from the detective that had messaged them on the gay hookup app about current updates as to his arrival/location.

Detectives attempted to make contact with the pair, to complete the transaction, when one of them, Ronald Malone, fled on foot toward an alleyway. Detectives say he brandished a .40 caliber Smith & Wesson handgun before throwing it into a dumpster near the alleyway as he ran. The gun recovered had a green laser, which was consistent with a victim’s report of a prior robbery. Malone was apprehended after a short foot pursuit.

The second person from the pair, Javon Fields, was detained without incident when approached by detectives. In plain view on his person, Detective Collazo says he observed a plastic bag containing a green, leafy substance, protruding from his front jacked pocket. Upon close examination, it was determined to be a baggie containing only lawn grass.

Once mirandized, Javon Fields admitted he was going to sell the bag of lawn grass as marijuana to the detective. Detectives say the pair worked together to set up the drug deal involving the simulation of a controlled substance, and both were charged with felony conspiracy to sell a counterfeit controlled substance. During an interview on Tuesday with detectives, both Fields & Malone denied being gay, saying they had decided to use “Jack’d” because it was easy to “finesse” people using the app.

Javon Fields, 19, is currently held in lieu of $7500 bond for the above crime, but has a no-bond-hold on a misdemeanor probation violation charge from his June aggravated burglary arrest.

Ronald Malone, 18, is currently held in lieu of $37,500 bond for a capias warrant, theft of property for the handgun above, conspiracy of counterfeit drugs, resisting arrest, evading arrest, handgun possession, and possession of a handgun during a felony.