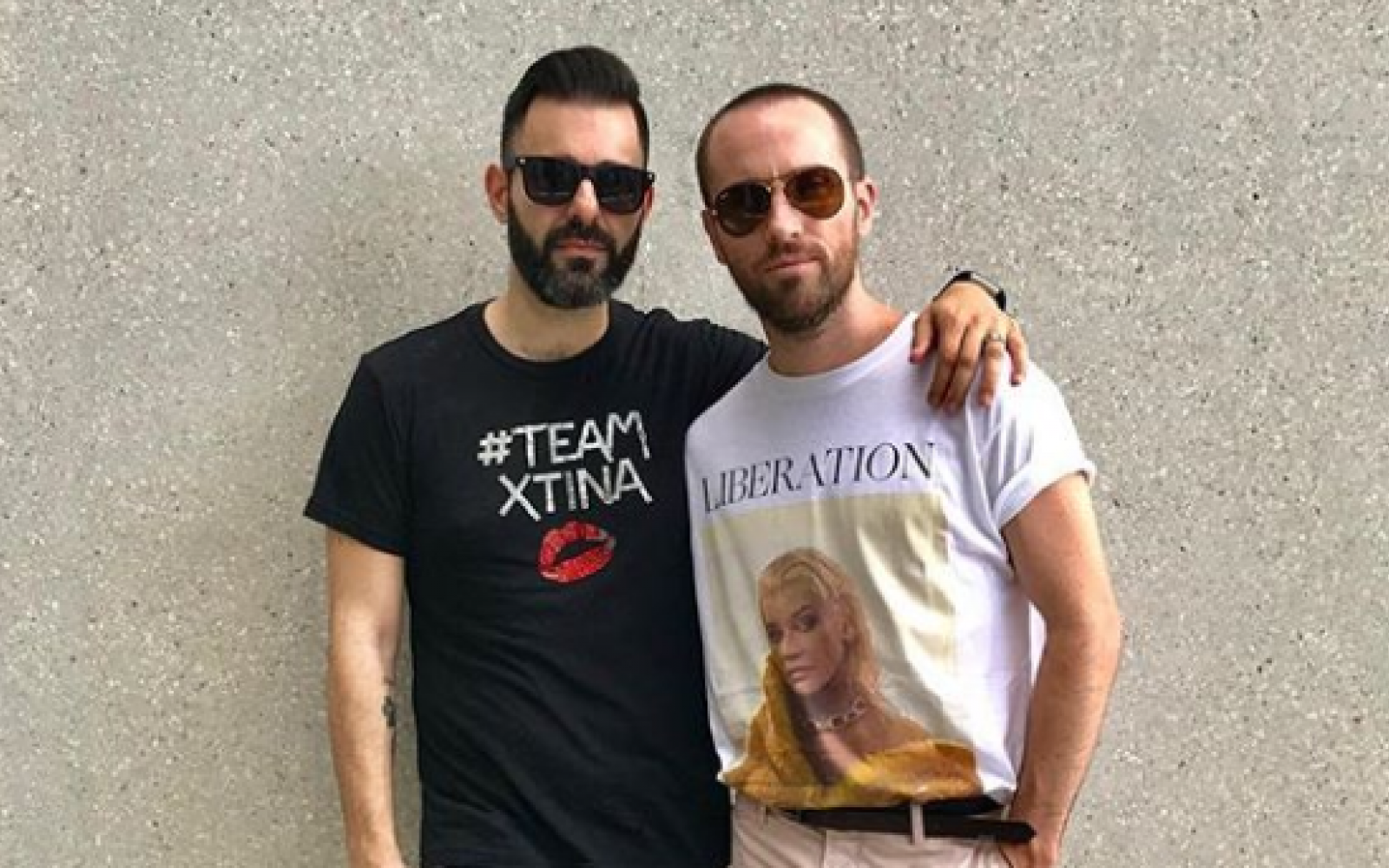 On the first stop of her Liberation tour — her first in 10 years — Christina Aguilera had a romantic surprise planned.

‘I have a really special surprise that’s happening tonight,’ she told the audience while performing in Hollywood, Florida. ‘I wanna welcome two special people to the stage.’

‘Thank you for being an inspiration not only to everyone here, but to him,’ Lear told the singer, gesturing to Kontomanolis.

He then turned towards the other man: ‘You’re kind, you’re loving. Six years ago, you proposed to me, and you gave me the opportunity to say yes. Tonight, in front of Christina, I’m gonna ask you the same question.’

Pulling a ring box out of his pocket, Lear dropped to one knee and proposed. Kontomanolis, clearly emotional, immediately nodded his head yes.

Aguilera thanked the couple for being ‘tried and true’ fans. As they headed offstage, she turned to the audience and exclaimed: ‘Shall we celebrate this?! Let’s turn this into a wedding reception.

She also dedicated her 2012 song Let There Be Love to the couple.

Yesterday (26 September) morning, Kontomanolis posted a video on Instagram remembering the night before.

@xtina this is a moment we will never forget. Words aren’t enough... but thank you thank you thank you. And @benlear123 you made my dream come true #xtina #liberationtour #proposal #grateful #isthisreallife **** WE DO NOT OWN THE RIGHTS TO THE MUSIC IN THIS VIDEO. CREDIT TO THE ORIGINAL OWNER***