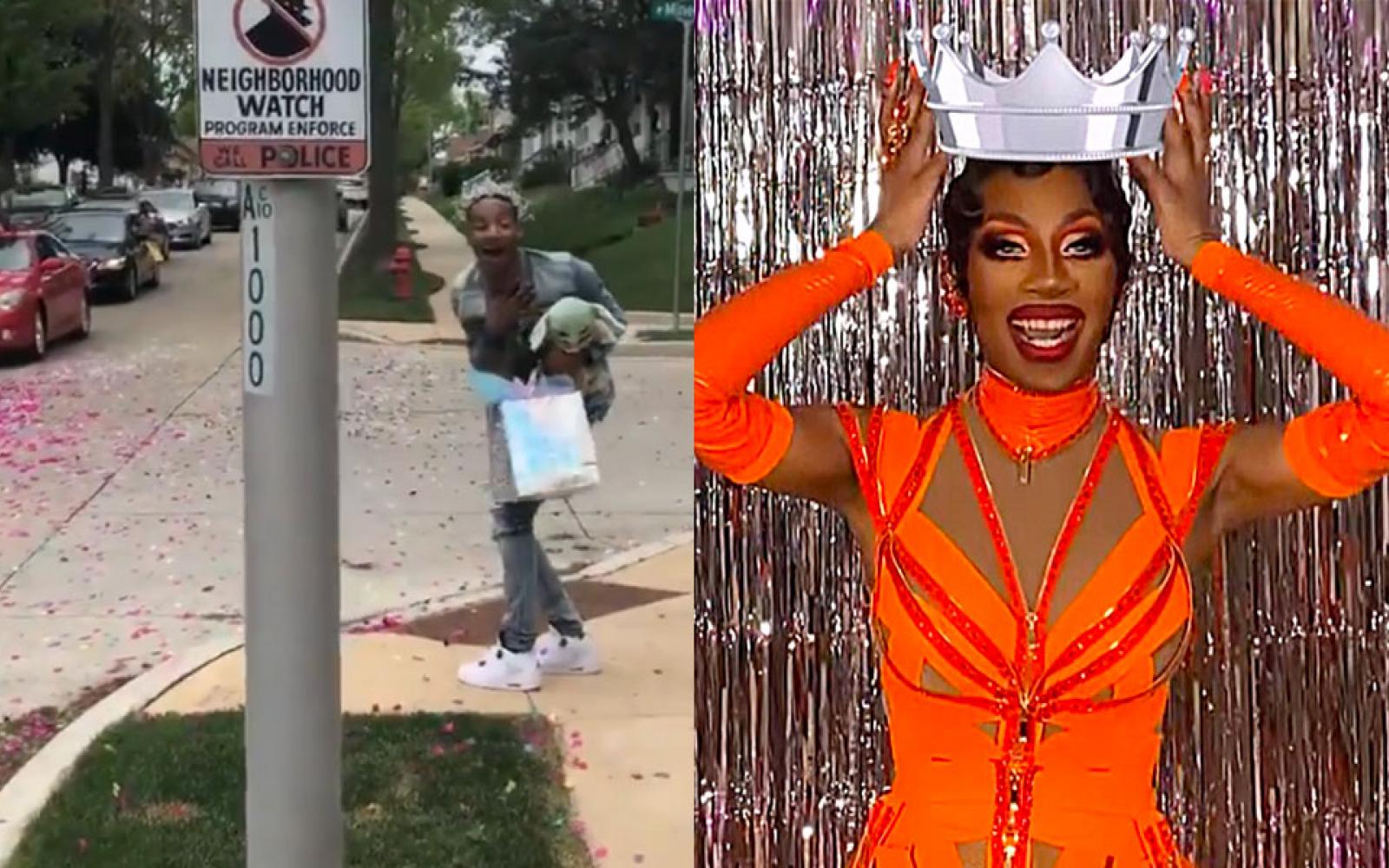 Jaida Essence Hall was at home in her Milwaukee apartment as she was named America’s Next Drag Superstar, away from her loved ones. So, the next morning, they decided to show up the only way the could – by staging a drive-by celebration.

A clip shared to Twitter shows the Drag Race winner gob-smacked as a parade of cars snake down her street, blaring horns and shouting “we love you”.

“Y’all see exactly why I love my home town and my people,” Jaida captioned the video.

“This was the best surprise.”

The night before the parade, Jaida learned she had won Drag Race season 12 while on live-stream with Gig Goode and Crystal Methyd.

The Milwauke queen was stunned into silence as her fellow finalists gave their heartfelt congratulations, and eventually managed to utter: “I feel no matter what just happened today all us three have made such a change in our lives, this is so crazy.

“All of our dreams are going to come true.”

After the initial shock had worn off, Jaida spoke to Entertainment Weekly about what it meant to become the newest Drag Race winner at a time when Black people are rising up against police brutality and systemic racism.

She said that from her childhood through to her early drag career, racism has been inescapable.

“Even when I first started my drag career, there were so many people who were like: ‘Maybe you should just stick to doing this kind of music,’ trying to keep me in a box and keep me smaller,” she said.

“The main thing I hope from this is that I send a message to younger, Black queer people, which is so crazy, because that’s what I wanted to do the most when I first got the call [to be on the show].

“I hope I can inspire so many young, Black people like myself who never feel like they’re special or that what they offer the world isn’t important. Hopefully, they see this and realise: ‘What I am and who I am is enough, I matter, and I have something special to offer to the world.'”