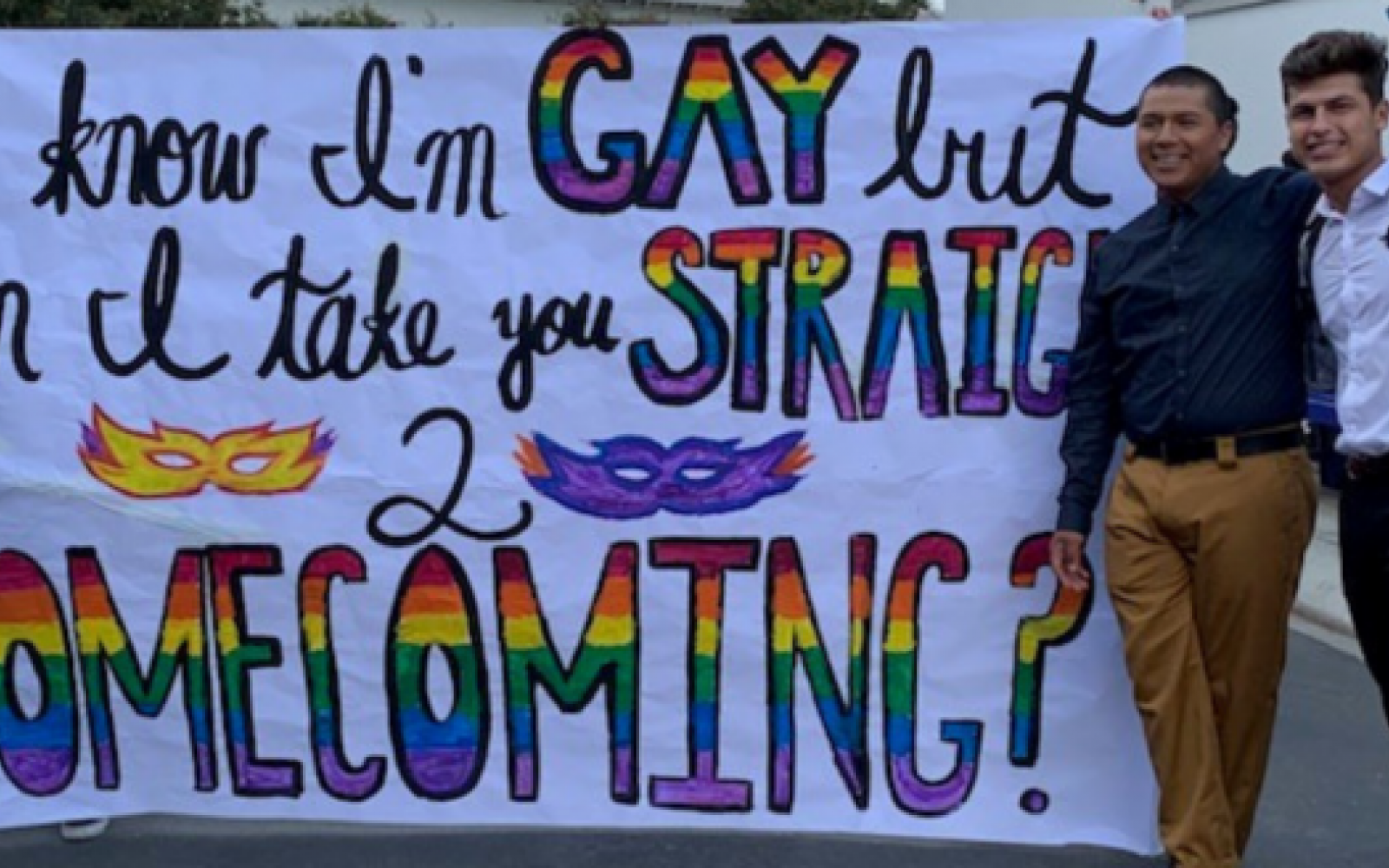 Via Instinct: October 11th was National Coming Out Day, but for Alexander Duarte, 17, a high school senior at Valley High School in Santa Ana, CA this day had a whole different meaning. For Duarte, October 11th meant the day he had long awaited—to ask high friend Erick Pineda, 17, to their school’s homecoming dance.

Pineda, who is straight and the captain of the football team, was pleasantly surprised when he walked out to lunch on Thursday to see crowds of students lined up waiting for him to make his way down a long corridor that lead to a huge closet that read “Out of the Closet”. Next to it, his friend Alexander who appeared from behind a colorful and vibrant sign that read “I know I’m GAY, but can I take you STRAIGHT 2 HOMECOMING?”

The crowds cheered for Pineda as he approached Duarte with Christina Perri’s “A Thousand Years” playing in the air. In the video, students are heard saying “You go, Erick! You’re my hero!” When Pineda reached Duarte the two friends embraced in a hug and Pineda asks him if he will accompany him to the school function—to which you see Pineda accept.

You may have seen viral videos of ‘promposals’ or dance proposals before, but for Duarte it was important to show the world that this proposal was unlike any other. Pineda has been a tremendous support system for Duarte. “He’s been there for me through some really hard times,” Duarte says. To attend a dance together represents an acceptance of everyone on their campus and in a community that is predominantly immigrant, Latinx, and Spanish-speaking.

Duarte and Pineda have been friends for over three years and have a history of not being the best of friends. In fact, it is their differences that have helped them grow and become closer.

Just you know coming out of the closet.