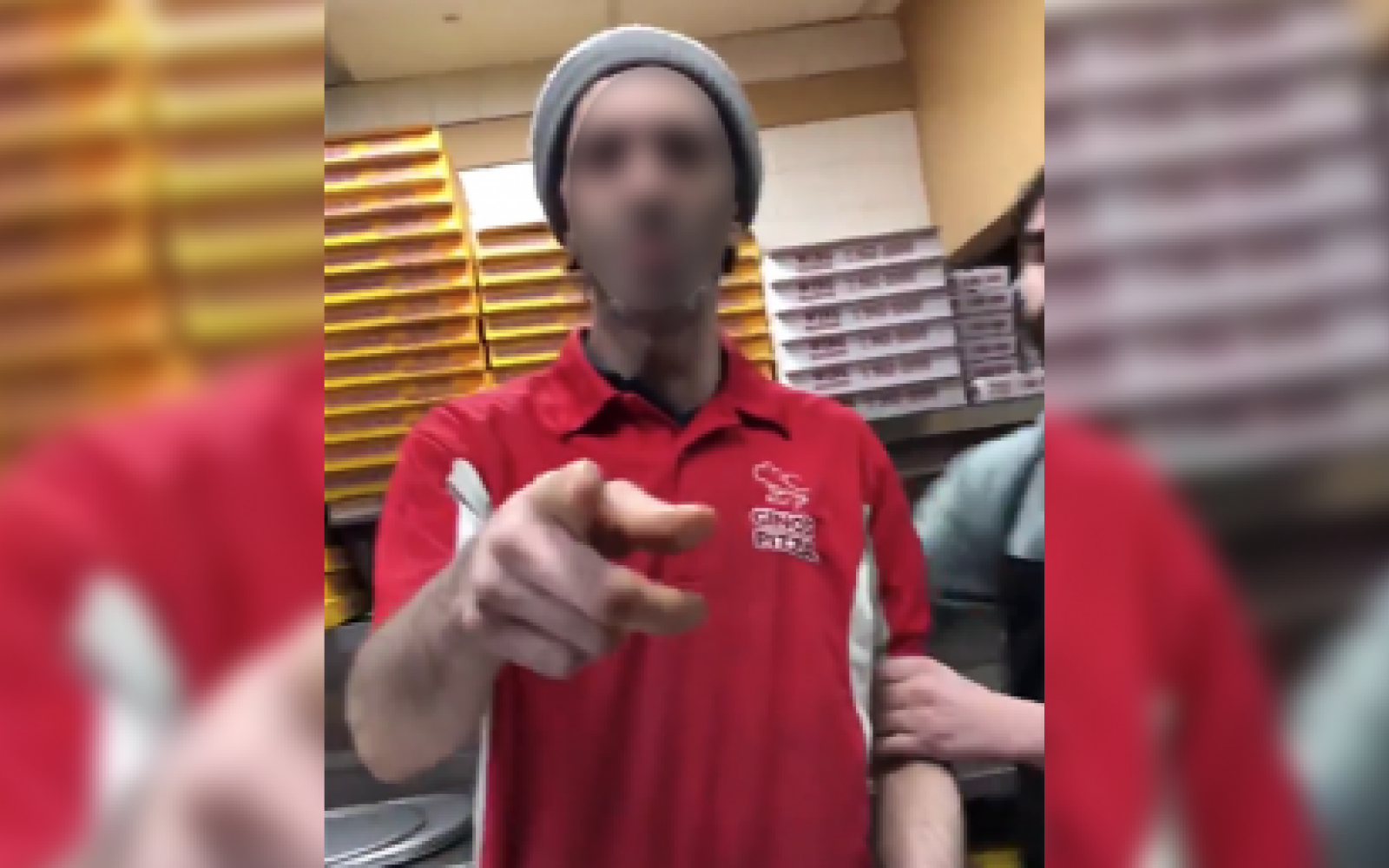 A local pizza joint is under fire after an employee allegedly refused service to a gay customer.

Jeremy Mizu filmed a video of an argument he had with the Gino’s Pizza employee in the Yonge St.-Eglinton Ave. area location Friday night.

“Last night I was called a f—– and told to leave store because I opened the door and it was cold,” tweeted Mizu.

In the 16-second video, Mizu is heard saying to a man wearing a red and white Gino’s Pizza shirt, “I can film you. I’m allowed.”

The video has been watched more than 27,000 times.

The caption in the tweet — also shared by LGBTQ rights advocate Rob Gill — states Mizu was denied service “for being gay and was called a f—–.”

Gino’s Pizza replied on Twitter, thanking people for bringing the incident to their attention and confirmed the employee has been fired.

"Gino’s Pizza management has been investigating this issue. This was clearly a violation of our staff conduct policies and code of ethics that all our employees must adhere to,” the company wrote in a statement.

“We take this matter extremely seriously and as a result, the employee involved has been terminated. Gino’s Pizza is a supporter of the LGBTQ community and apologizes for the actions of this former employee.”