Watch: Lil Nas X Explains Why He Decided To Come Out On HBO's "The Shop" 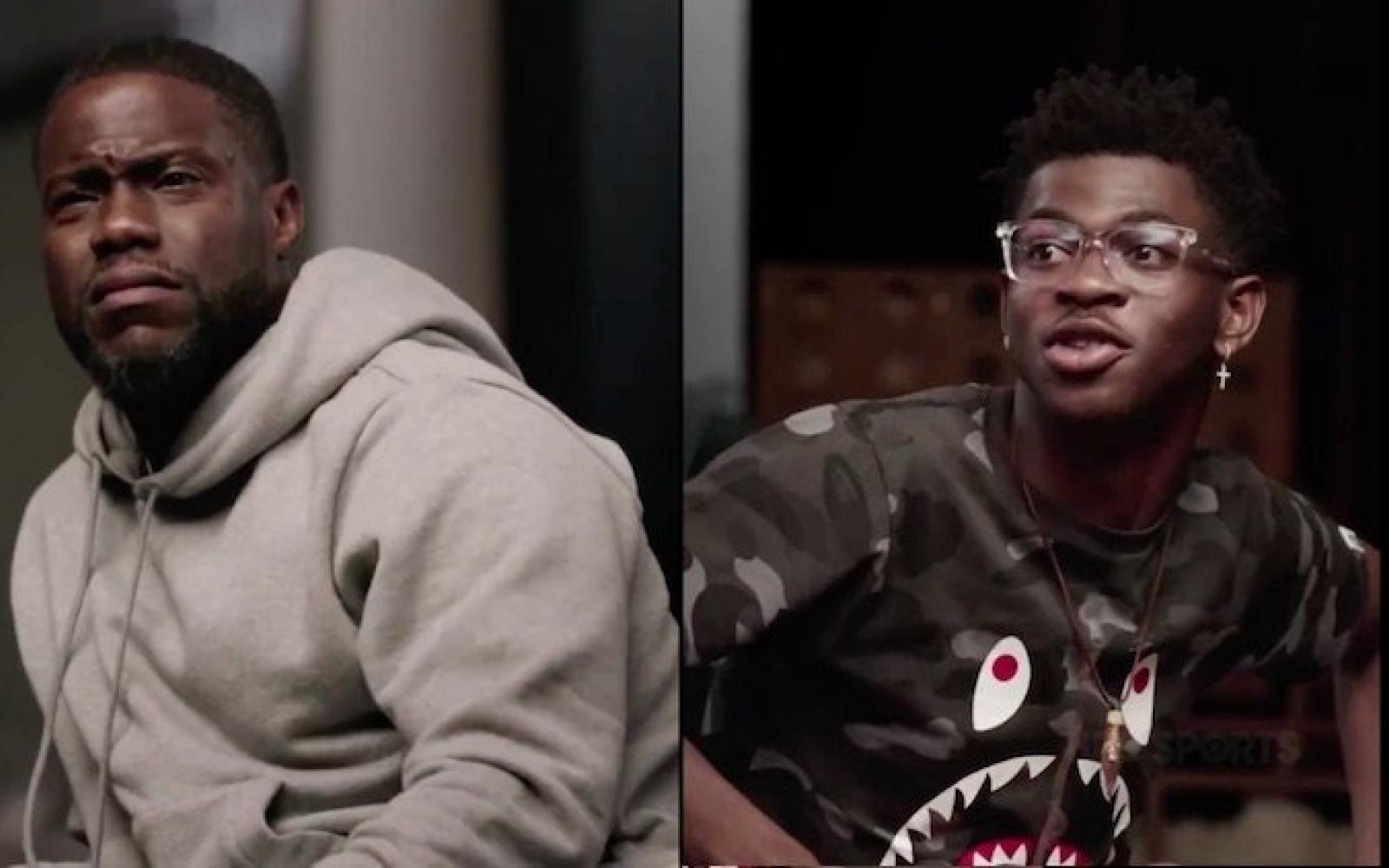 A few months ago, Lil Nas X revealed to the world that he was gay. The rapper tweeted out that he wanted his fans to pay closer attention to the lyrics of his song "C7osure," and added "thought I made it obvious." In the following months, the young star broke Billboard records when his track "Old Town Road" became the longest-reigning No. 1 single, with 19 consecutive weeks at the top position.

In a new clip, Lil Nas X sits down with some fellow stars on HBO Sports' The Shop: Uninterrupted to discuss what led to his official coming out announcement. The conversation started when marketing executive Paul Rivera begins to ask the young star about his decision to come out pulbicly. "He said he was gay, so what?" comedian Kevin Hart responded, as Rivera clarified his question to ask, "Why did you feel that was necessary?"

The star said that he didn't feel forced out of the closet, but rather remarked that growing up he was taught to "hate that shit," referring to homosexuality. When Hart began to push back, asking why he was taught to hate it, Lil Nas X responded "Come on, now. If you really from the hood, you know."

He continued, saying that he knew if he came out earlier in his career, he would be accused of seeking attention. But coming out while at No. 1 on the charts, he says, had a different impact. "If you're doing this while you're at the top, you know that it's for real," he says. "It's showing that it doesn't really matter, I guess."

The clip comes ahead of Tuesday's (Sept. 3) new episode of The Shop: Uninterrupted, the HBO Sports series where some of the biggest names from sports and entertainment come together for honest conversations.