Watch: Simone Biles Does Backflip Before Throwing Out First Pitch 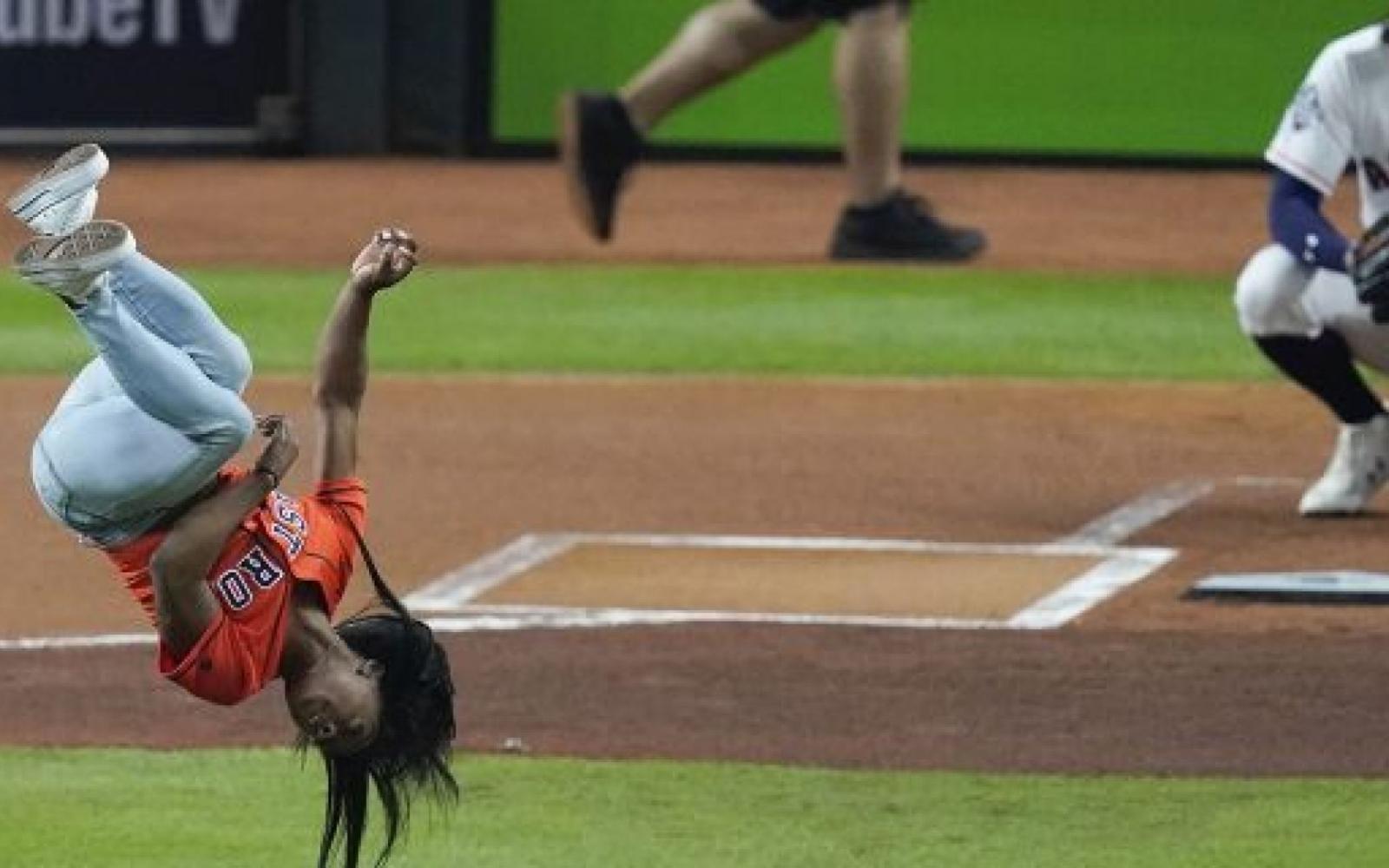 Simone Biles was invited to throw out the ceremonial first pitch prior to Wednesday's Game 2 of the World Series and she brought a little extra flair to the pregame festivities.

Biles took to the field at Minute Maid Park in her native Houston, TX and headed out to the mound, where she added a little spice as only she can. Before coming to the plate with the pitch, Biles executed an impressive back flip twist from a standing position. Of course, she stuck the landing.

It's important not to overlook the fact that Biles accomplished this feat while wearing jeans. It feels safe to assume that most of us could never even dream of doing something this athletic in denim.

This actually isn't even the first time that Biles has showcased her gymnastics skills on the diamond at Minute Maid. Back in 2016, she threw out the first pitch before an Astros-Mariners game and broke out a front flip for that occasion.

Biles, 22, is already considered one of the greatest American gymnasts to ever compete. She was part of the gold-medal-winning "Final Five" USA squad at the 2016 Olympics in Rio, where she medaled five times -- including four golds. She became the the most decorated gymnast in world championships history, and is set to go for more gold at the Tokyo 2020 Summer Olympics.