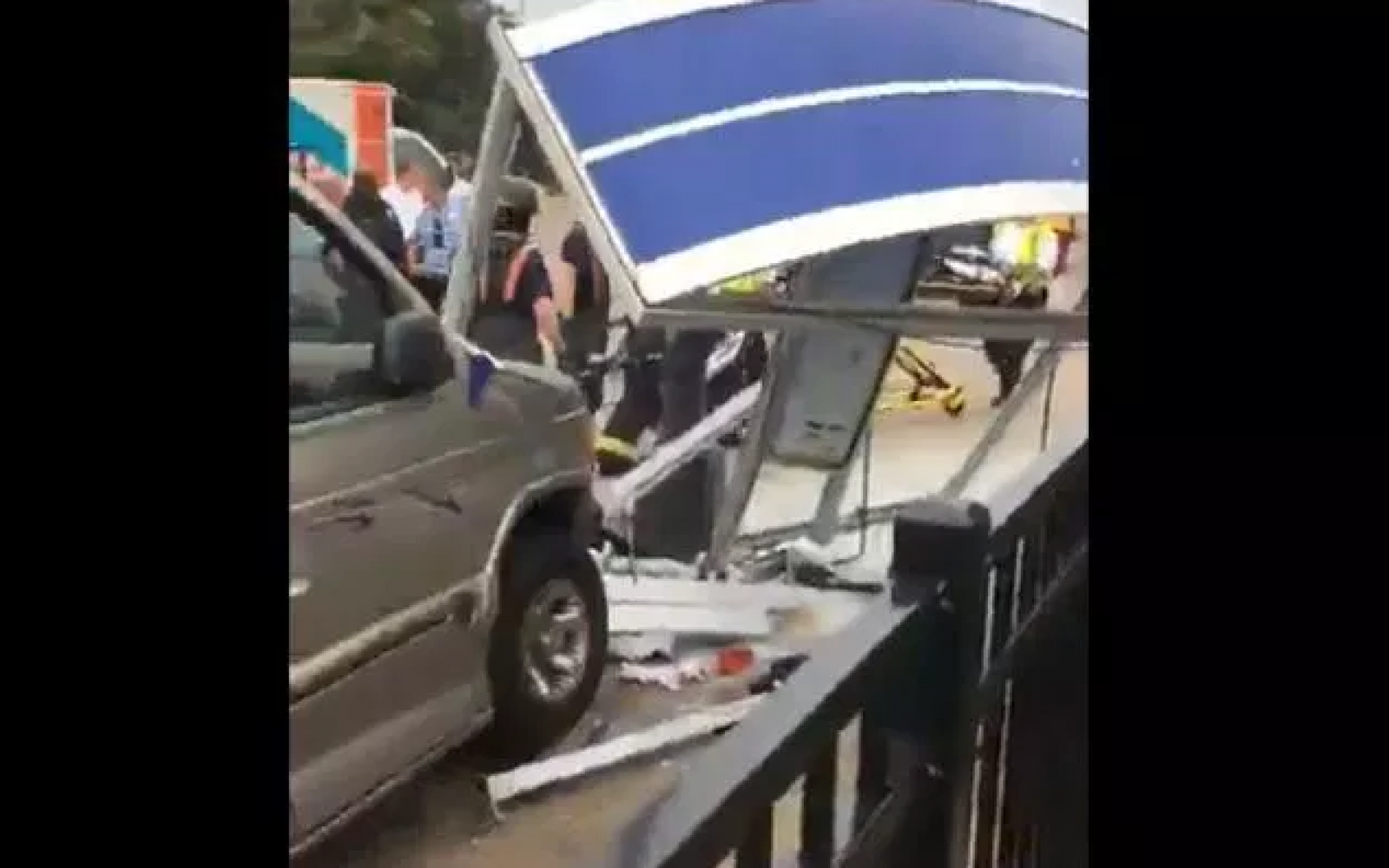 A suspected white supremacist was taken into custody but swiftly released without facing charges after he intentionally plowed his car into a group of black people at a bus stop in Minneapolis.

Six of the individuals were hospitalized, three of them were critically injured. A witness who filmed the aftermath claims the driver, who is elderly and white, purposely drove into the group because of their race. The 83-year-old driver, who has not been identified, allegedly hasn’t been charged with any wrongdoing, the Minneapolis Star Tribune reported.

“Nobody could believe what happened,” witness Shauntae Cosby told the newspaper. “It was just quiet.” Cosby also says witnesses began yelling at the driver, who got out of his vehicle and stood expressionless. “He didn’t look worried and he showed no remorse,” she described.

Twitter user Savoy posted video and co-signed a witness’ claims that the attack was intentional.

“It’s being reported that a van crashed into a bus stop in Minneapolis, injuring people inside,” he tweeted. “Eye witnesses are saying it was a very deliberate attack by a racist and that he circled the block a few times before intentionally mowing them down with his van.”

Officials said the driver was not being chased at the time of the crash.

“Preliminary information confirmed witness accounts that the driver heading south on Lyndale Avenue in a tan van clipped the mirror of a southbound Route 22 bus that had stopped at W. Broadway to unload passengers,” the Star Tribune reported. “The man backed up and struck the mirror for a second time, then went around the corner and crashed into the bus shelter on Broadway.”