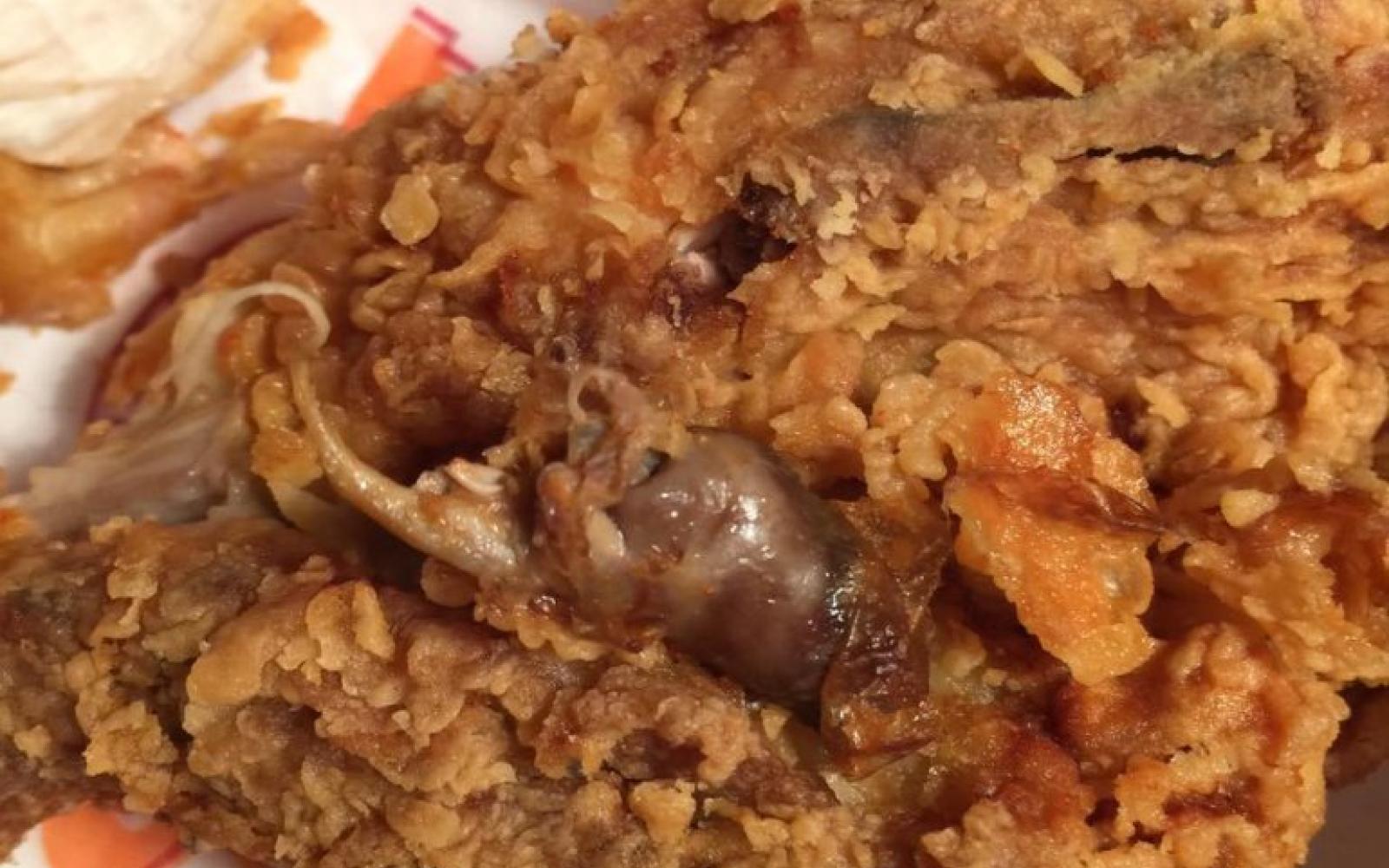 A Lousiana woman says she discovered a battered and fried rat inside a Popeyes chicken breast. Sherry Luke posted the stomach-curling photos on her Facebook page Thursday night.

Luke says she noticed the rodent while eating the chicken.

“As you can see from the pictures, it is obviously an animal with a tail. Seeing this I’ve thrown up twice already and still feel sick,” Luke wrote.

According to the post, a manager at the Popeyes on Grand Caillou Road offered to refund Luke’s money, but she had to return to the restaurant that same night. Luke said she couldn’t do that, so she posted the images on Facebook instead.

Popeyes has taken the complaint very seriously. They told new stations they have checked with their quality team and suppliers. They believe what Luke saw is most likely organ meat. However, they can not be positive until they see the chicken in person.

They say Luke is expected to bring the chicken to the restaurant on Saturday.