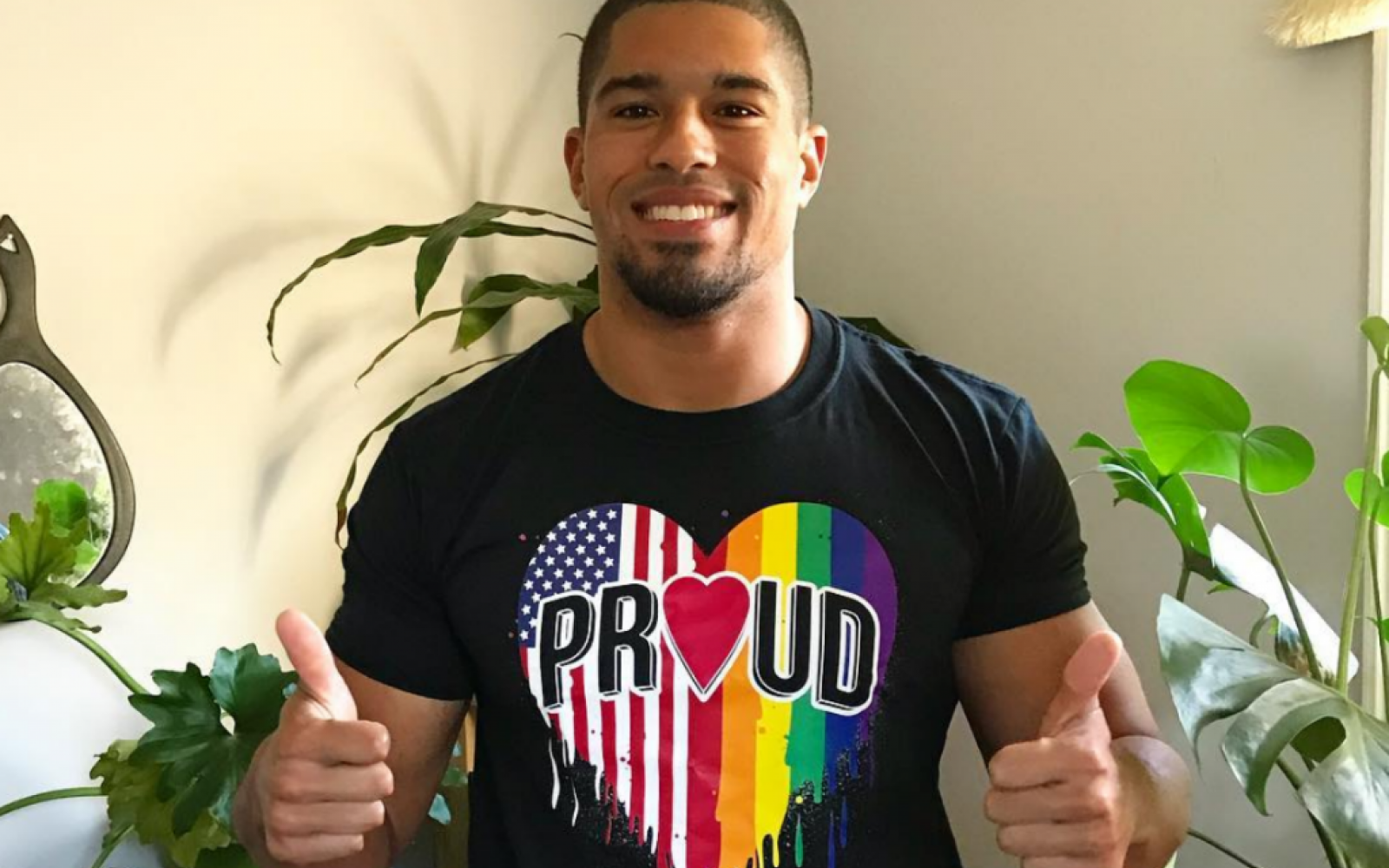 Professional wrestler, model, and social media personality Anthony Bowens made headlines when he came out as bisexual in 2017. Now, he’s come out again, telling his fans and followers that after much thought and consideration, he now identifies as gay.

On January 1, Bowens uploaded notes to Twitter and Instagram announcing the news and asking fans to watch a video on his YouTube channel explaining his decision to come out again. Then, in a video with his partner and YouTube channel co-host, Michael Pavano, Bowens opened up about the realization.

“It was a very real thing,” Bowens told his followers. “I identified myself as bisexual because I didn’t really know much about the LGBTQ community. I didn’t dive into it much because I was closeted. So the closest thing that I knew, that I could relate to based on that period of life, was bisexual.”

Bowens went on to explain that things changed as he grew older, and he just doesn’t identify with that term any longer: “I’m in love with Michael (above right), I want to marry Michael, I picture myself being with him for the rest of my life. So the term ’bisexual’ just felt less and less [like] me as time went on.”

Now, he feels more comfortable labeling himself as gay. But make no mistake: Bowens’ personal journey doesn’t mean he’s against others identifying as bisexual, or wants to invalidate any other bisexual man’s experience:

Everybody has their own way of figuring things out, and if that’s something that they want to do, then that’s completely okay. Please don’t be a hypocrite. I think it’s very hypocritical as people who identify as LGBT—who get judged by a lot of people about our lifestyle—to then turn around and judge others in the same community. It—I just don’t understand why that happens or how it happens, so please don’t be one of those people.