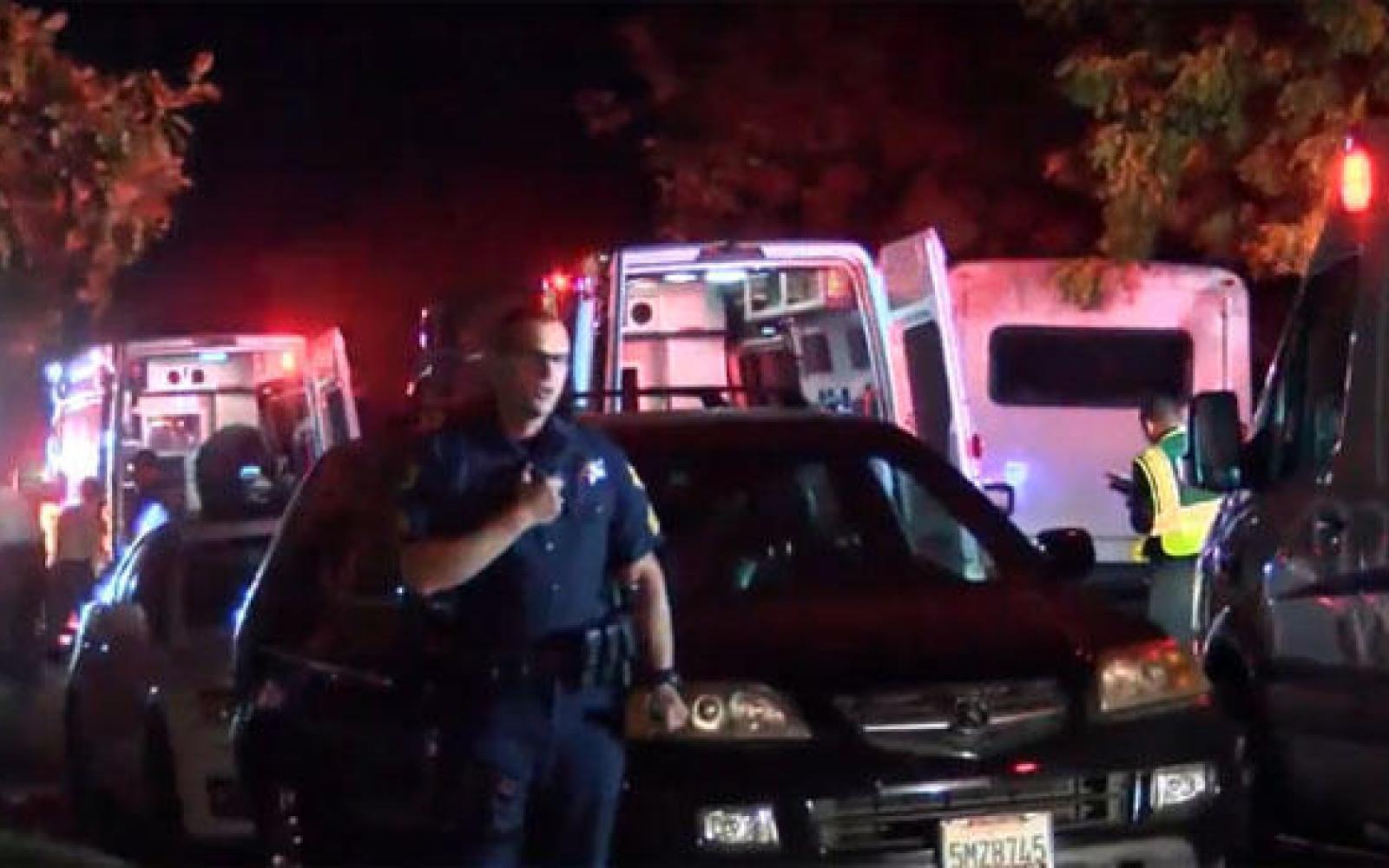 Four people were killed and six others wounded in a shooting Sunday night in California. Fresno Police Lieutenant Bill Dooley said a suspect or suspects sneaked into a football viewing party in a backyard and opened fire, according to CBS Fresno affiliate KGPE-TV.

There were about 35 people at the party, he said. Fresno Police Deputy Chief Michael Reid told the station 10 people were hit, three died on the spot and another at the hospital where the rest of the victims were taken. The other six were said to have suffered non-life-threatening wounds.

"Thank God that no kids were hurt," Reid said.

Police said the victims were Asian males between the ages 25 and 35.

There was no early word on the suspect or suspects, but Dooley said in a statement to CBS News, "Officers and detectives are canvassing the area searching for witnesses and anyone with surveillance cameras that may have captured the suspect(s)."

The federal Bureau Alcohol, Tobacco, Firearms and Explosives said its agents were at the scene. Investigators declined to comment on the type of weapon used in the attack and on any possible motive, The Sacramento Bee reported.

The Bee also said it was at least the second fatal gun attack in Fresno Sunday. A man in his 20s was shot dead early in the day at a home. Police didn't say whether the incidents could be connected.