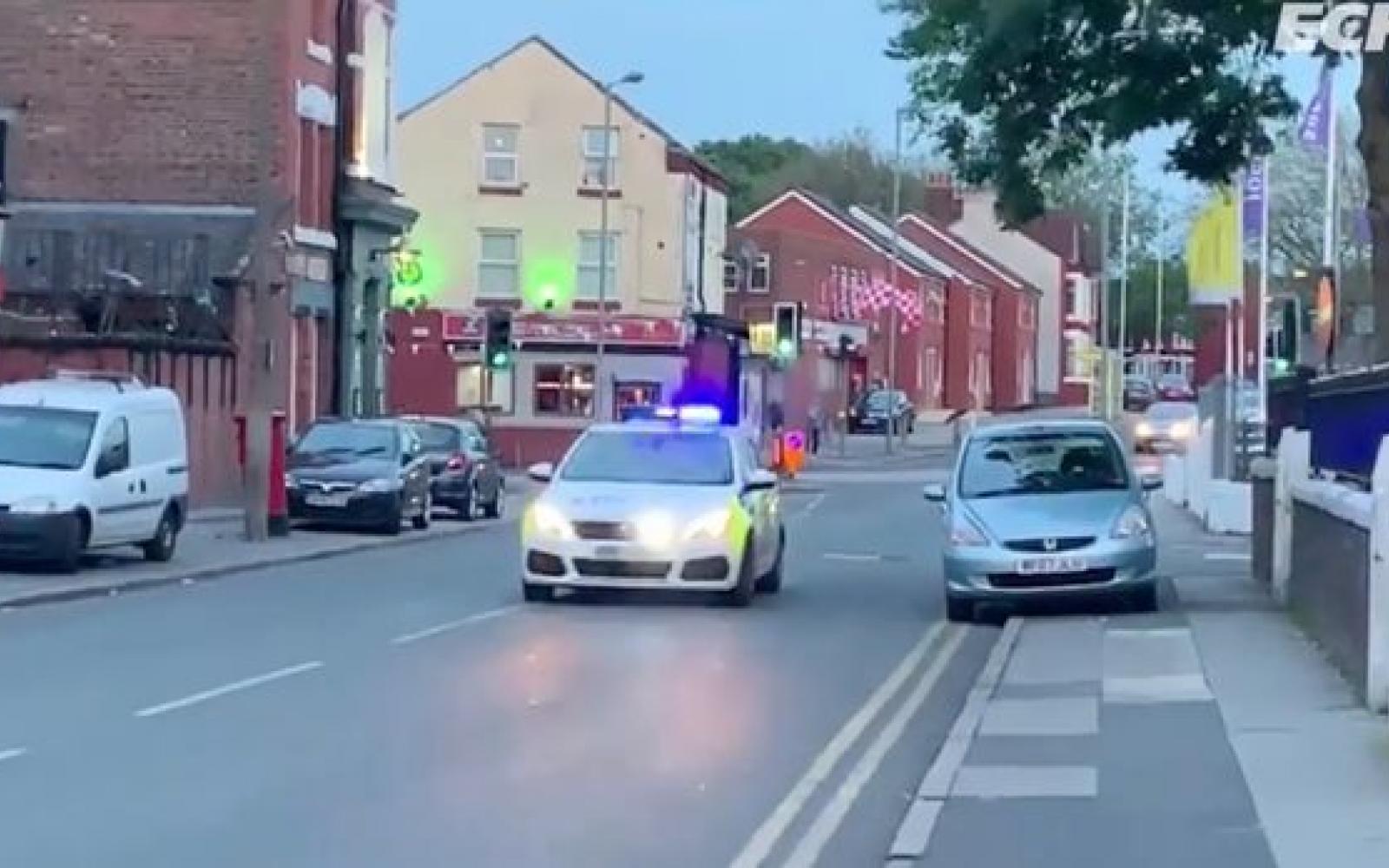 A 12-year-old boy has been arrested in connection with an alleged homophobic knife attack on a married gay couple during Pride Month.

The two men,  in their 30s, had been out for drinks at a bar in Anfield, Liverpool, when they were allegedly confronted by three youths.

The group is accused of hurling homophobic insults at the pair before one of the suspects pulled out a knife and attacked the men at about 9.20 pm on Saturday, say police, who described the incident as "appalling an unprovoked".

One of the men was slashed across the head with the knife.

He treated for serious injuries including cuts to his head and bruising to the left side of his eye, the Liverpool Echo reported.

His husband suffered a minor hand injury and was also treated in hospital.

Both were left "incredibly shaken" following the incident, said police.

A neighbor who heard the commotion came out to help and called for an ambulance.

A Merseyside Police spokesperson said: "We have arrested a 12 year-old boy on suspicion of homophobic aggravated s47 assault.

"The boy is currently in custody where he will be questioned by detectives."

Earlier, Detective Inspector Tara Denn said: "This was an appalling and unprovoked attack on two men simply making their way home and we are working tirelessly to locate those responsible.

"Two men have been left with significant injuries and the hate and violence that has been inflicted on them is simply unacceptable and won’t be tolerated on the streets of Merseyside.

“There is absolutely no place for hate crime in society and we know how much of a massive impact it has on victims.

"I want to reach out to the LBGT community, who I know will be deeply saddened by this news and reassure you that we stand with you and if you report such incidents to the police, we will do our utmost to support and protect you and bring those responsible to justice.

“We are passionate about maintaining the right of all our communities to be treated with fairness, dignity and respect and by working closely with our partners will continue to work to eradicate hate crime of all forms.

“Victims can report directly to the police where experienced hate crime officers will treat them with sensitivity and compassion, or via third party reporting centres in fire stations, citizen advice bureaus and hospitals where the information will be passed on."

The attack happened as events are held across the UK to mark Pride Month.

In the aftermath of the incident, Mayor of Liverpool Joe Anderson said he was "angry and ashamed".

He tweeted: "So angry & ashamed that an openly homophobic attack on two men has happened in my city and that three young men carried it out.

"Love to all in the LGBT community."

A recent study found that reports of homophobic and transphobic hate crimes such as violent assault, stalking and harassment have more than doubled in England and Wales over five years.