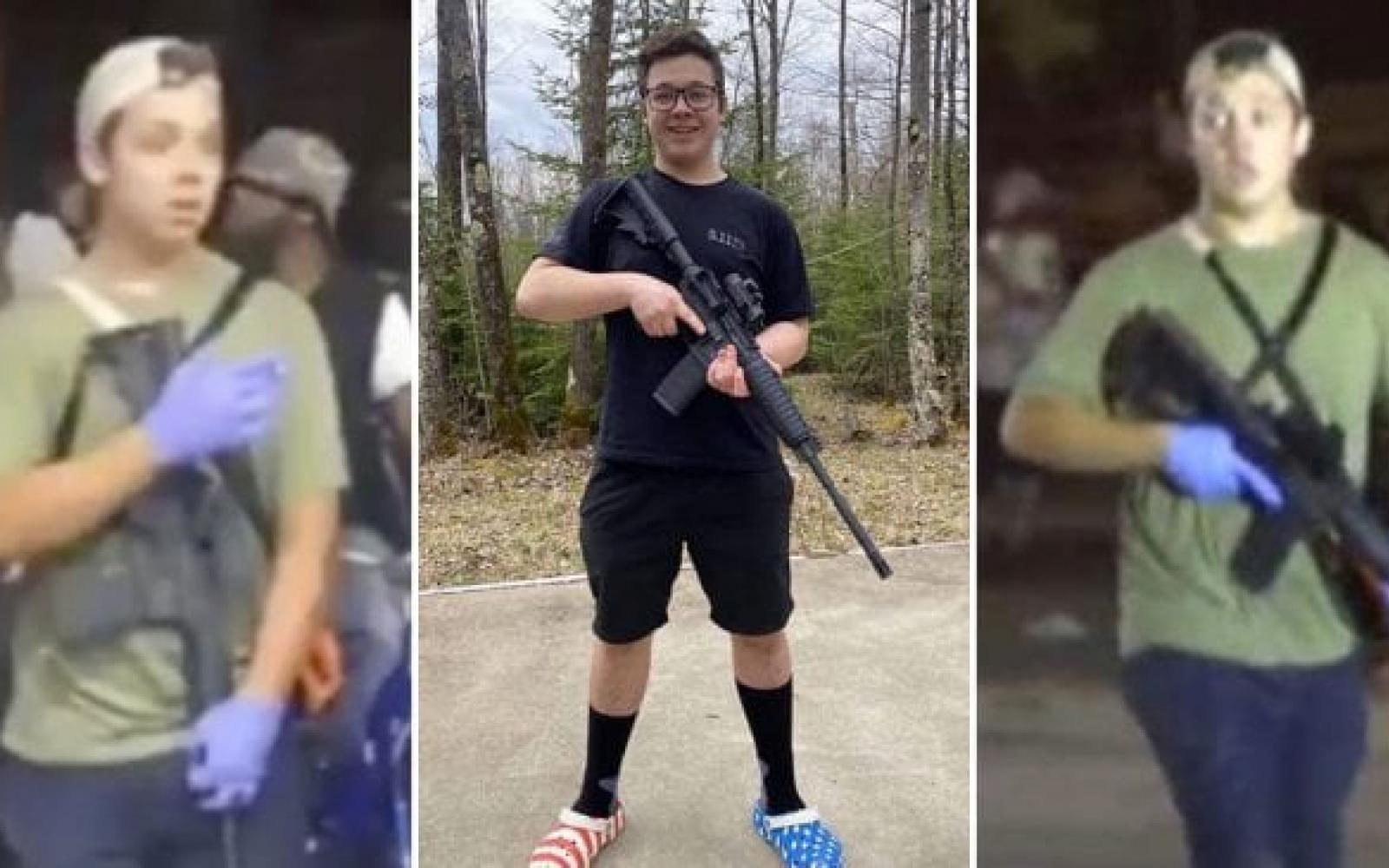 A 17-year-old boy is in police custody in north suburban Lake County, charged as a fugitive in connection with a shooting in Kenosha, Wisconsin, that left two people dead and another wounded.

The boy was arrested Thursday in Antioch on a warrant from Kenosha, charged with being a fugitive from justice, and is being held in the Lake County Juvenile Detention Center near Vernon Hills. Police have not named the suspect, but according to Lake County court records, the suspect is 17-year-old Kyle Rittenhouse.

According to the Associated Press, Antioch Police Cmdr. Norman Johnson said the suspect was arrested on suspicion of first-degree intentional homicide.

An extradition hearing has been scheduled for Friday.

The shooting took place around 11:45 p.m. Tuesday near 63rd Street and Sheridan Road in Kenosha, amid a third night of unrest following the police shooting of 29-year-old Jacob Blake.

Social media videos captured a young man armed with a rifle shot and killed at least two people overnight in Kenosha, and wounded a third.

The incident was captured on a series of videos on social media, which show the gunman opening fire on a crowded street, and then walking past police responding to the scene without being taken into custody.

Some people living in Kenosha are leaving the city after escalating violence, riots, and looting; and police are still searching for the killer who opened fire Tuesday night on the streets of Kenosha.

In the wake of the shooting, there is growing concern about what could happen again later today.

There are several videos of the incident on social media, some of them very graphic. The shooting happened on 63rd and Sheridan in Kenosha. One video shows a man carrying a rifle running through the lot of a car dealership just before several shots ring out.

The man with the rifle then can be hard saying “I just killed somebody” as he runs away from the scene, while others in the video tend to a person on the ground who appears to have been shot in the head.

Another widely shared video on social media appears to show the same man running through a crowd on the street as someone asks “what he do?” Another person says “he just shot someone” just before the man with the rifle falls to the ground and someone shouts “get his a**.”

From a seated position, the man appears to fire as many as four shots, shooting one person in the torso and another in the arm.

As the crowd around him scatters, the gunman stood up and continued walking down the street, repeatedly putting his hands up as police vehicles arrived on the scene. Someone in the crowd shouted to police that the gunman had just shot someone, but several police cars drove past him toward the people who had been shot. In the video, it does not appear any officers try to stop the man with the rifle.

A separate video appears to show the gunman interacting with Kenosha County Sheriff’s officers earlier in the night outside a gas station. In the video, officers can be heard telling an armed group outside the gas station “we appreciate you guys,” and passing out water

Officers also can be heard telling others outside the gas station, “You are a civilian. This area is closed to them. You are trespassing. Leave. Leave now.”

Several groups were out on the streets of Kenosha after curfew Tuesday night, including protesters as well as an armed group calling themselves “armed citizens to protect our lives and property.” The armed group said they were protecting the city from looting and burning.

Meantime, people in Kenosha came out Wednesday morning to help clean up after another night of unrest. They said they’ll do anything to help out their town, but fear the chaos isn’t over just yet.

“I have no doubt that it’s going to happen tonight. I just hope it’s not as bad as last night, with everything that did happen, with like shootings with civilians on civilians. It kind of sucks, and I hope that will end soon,” Jacob Schubert said.

In anticipation of additional protests, the Kenosha County Board sent a letter to Gov. Tony Evers, requesting additional National Guard members with police powers to be brought in.

Antioch Community High School District 117 said there will be an increased police presence in and around their schools, after hearing concerns from students and members of the community that two people involved in the Kenosha shooting live in Antioch.

“We are thankful to our Police Departments’ efforts for increasing patrols and presence  around the school to continue to provide the safest environment possible for our students, staff, and community,” the district said in a statement on its website.