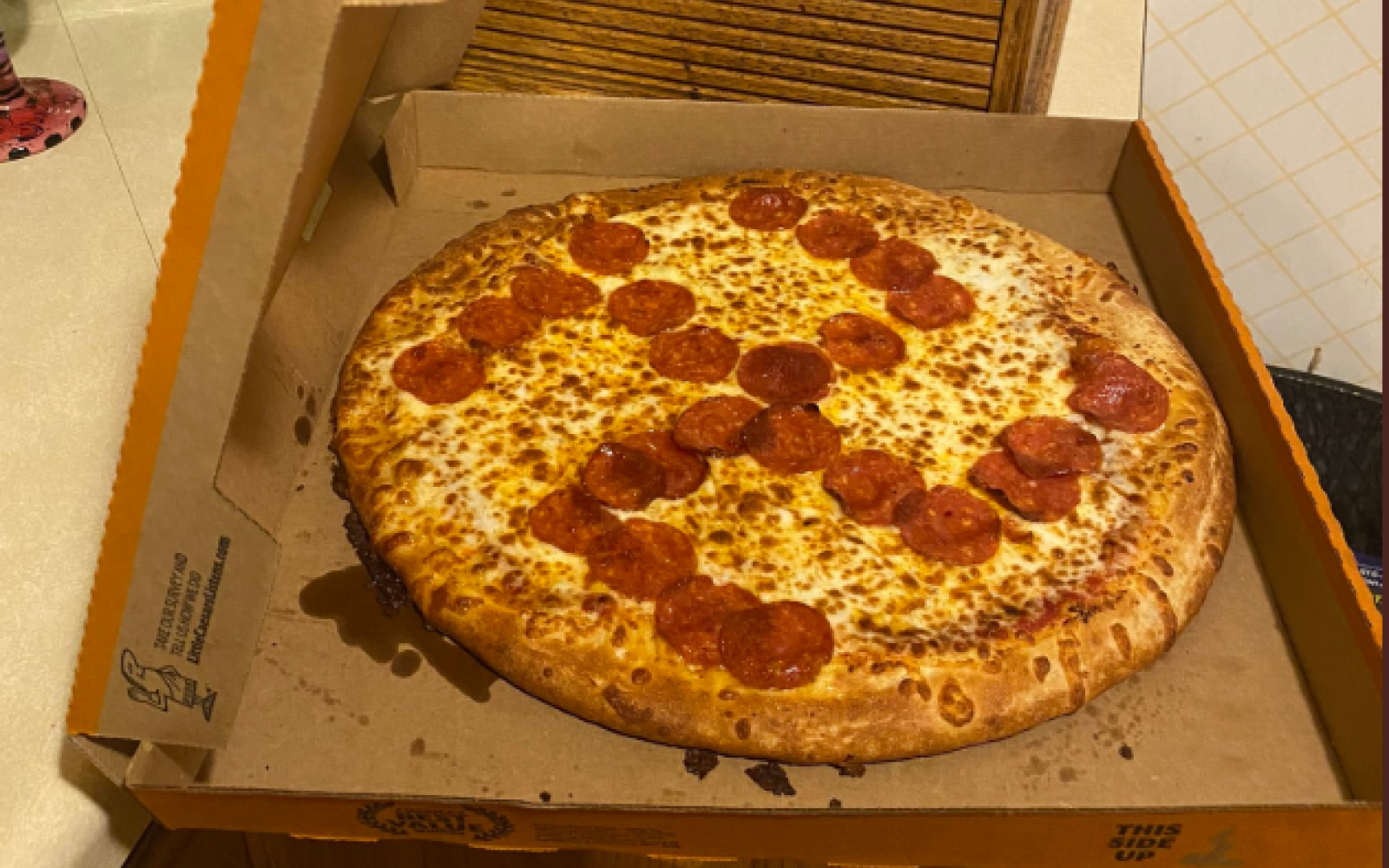 An Ohio couple say the were served up a slice of racism while at Little Caesars Pizza on Saturday night.

Misty Laska and her husband, Jason, opened their pizza box to pepperonis placed on their food to form a swastika.

They told 19 News they tried calling the location Saturday night but were unable to reach anyone.

They snapped a photo of the pizza with the swastika sign, that happened to be backward, and posted it to social media.

“The point is, there should not be this kind of hate happening today. With the climate we’re in right now, why make a joke like that?” said Misty.

The Laskas say they want the folks responsible to be held accountable.

“We’re trying to solve hate and even if this was just a joke internally for the employees, just stop. Stop with the symbolism and let it go away,” said Jason.

“We have zero tolerance for racism and discrimination in any form, and these franchise store employees were immediately terminated. We’re deeply disappointed that this happened, as this conduct is completely against our values. We have also reached out to the customer to discuss this personally with him.”