3 U.S. Women and 6 Children Killed and Burned Alive In Mexico 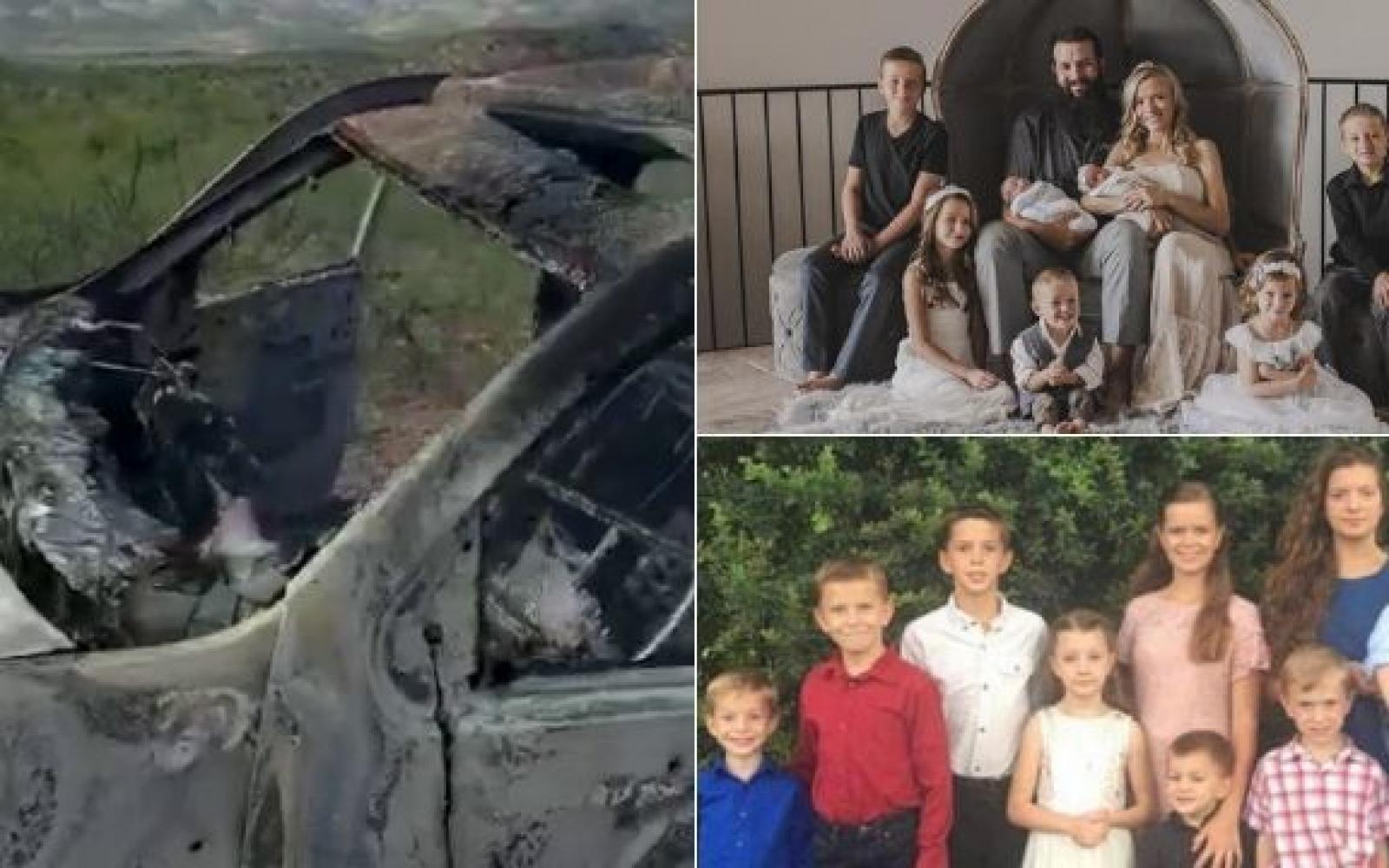 Nine members of a Mormon family were killed on the Mexican side of the US-Mexico border, and authorities are investigating whether the attack was the result of mistaken identity.

The victims were "all shot while in vehicles while driving," LeBaron told CNN.

"Women and children (between 14 years old and 10 months) were massacred, burned alive," LeBaron said. "Mothers were screaming for the fire to stop."

Security Minister Alfonso Durazo said the attack could have been a case of mistaken identity of "conflicting groups in the area."

The Mormons attacked appear to be members of a fundamentalist sect that is separate from the mainstream Church of Jesus Christ of Latter-day Saints, an LDS church spokesman said.

"This does sound like a terrible and tragic thing," spokesman Eric Hawkin told CNN. "As from what I can tell, these were members of a polygamist sect, and not members of The Church of Jesus Christ of Latter-day Saints."

Seven children injured from the ambush were flown from Mexico to Douglas, Arizona, for transport to Tucson hospitals, LeBaron said.

Sonora state Gov. Claudia Pavlovich Arellano said she was outraged by the attack.

"As a mother I feel angry, scorn and a profound pain for the cowardly events in the mountains between Sonora and Chihuahua," she tweeted.

"I don't know what type of monsters would dare to hurt women and children. As governor, you have all my collaboration so that this doesn't remain unpunished and the responsible parties pay."

The US State Department is aware of the attack, an agency spokesperson said.

"When a US citizen is missing or passes away overseas, we engage with local officials at multiple levels and provide all appropriate consular assistance," the spokesperson said.

As Mexican authorities grapple with violence in the region, the number of killings keeps soaring.

Last year, Mexico witnessed its highest number of homicides -- 33,000. And 2019 is on course to break that record.

Just last month, 13 Mexican police officers were killed in an ambush in the western state of Michoacan.

Now, grief from the latest high-profile massacre has spread across two countries.

Arizona resident Leah Staddon said her relatives were among the victims of Monday's ambush.

"Their vehicle was on fire and there were bullet holes all throughout it," Staddon told CNN affiliate KTVK.

"I think a lot of us are just speechless. It's just horrific."