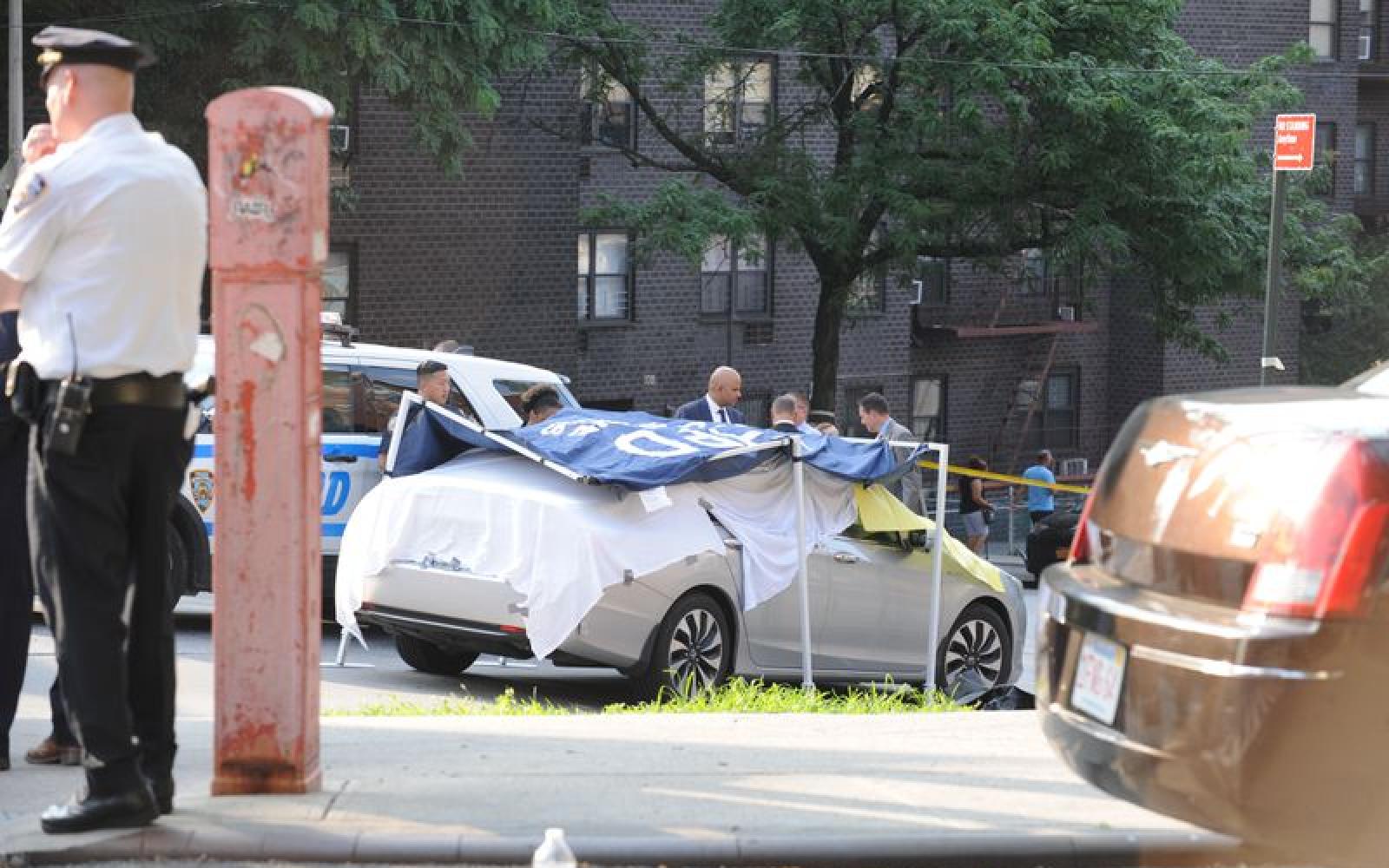 Twin toddlers died Friday inside a sweltering hot car in the Bronx after their father forgot them in the back seat while he went to work, authorities said.

The brother and sister spent from 8 a.m. to 4 p.m. strapped in car seats in their father’s Honda’s Accord, said police.

When the 37-year-old father left his job at the Veterans Administration Medical Center in Kingsbridge he drove a short distance — then realized what he had done.

An eyewitness, Pedro Roman, said he saw the man driving erratically before he stopped his car at Kingsbridge Terrace and W. Kingsbridge Rd.

It’s like he didn’t know what to do — where am I going with these babies?” said Roman.

The man jumped out of his car. “He went to the back and opened the doors, and then he started freaking out,” said Roman.

“He started to run across the street — but there were too many people.”

“I ran over there and looked in, and there were two babies,” said Roman. "They were just babies .... Everybody was calling 911.”

“It’s not a good thing to see. Especially when they’re babies,” he said.

Detectives were interviewing the father at the 50th Precinct on Friday evening. It was not clear if he will be charged.