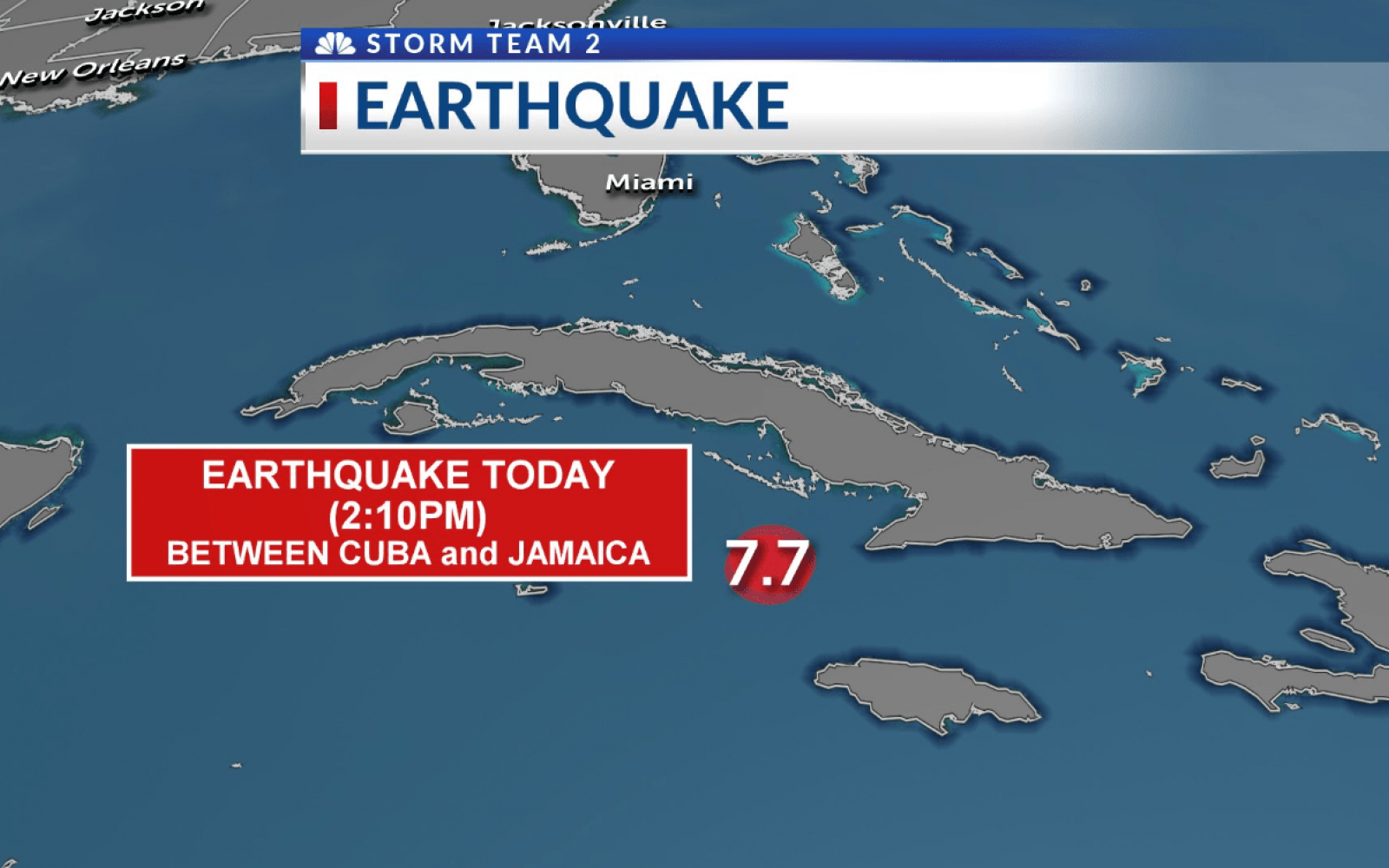 A 7.7 magnitude earthquake hit off the island of Jamaica on Tuesday.

The quake was recorded 117 kilometers northwest of Lucea, Jamaica around 2:10 p.m. An earthquake of this scale is categorized as a major quake and can cause serious damage.

Tsunami waves along the coasts of Belize, Cuba, Honduras, Mexico, the Cayman Islands and Jamaica are possible, according to the National Oceanic and Atmospheric Administration.

Renardo Lawes felt the earthquake, he wrote on Facebook.

"I was sleeping and felt the entire house shaking very hard. I rushed under my door jam," he wrote. "This is the first time I’m experiencing an earthquake . Thank God, this could have been worse."

It was initially reported as a 7.3 magnitude quake by the United States Geological Survey.

As of 3 p.m. ET, 247 people have reported that they felt the earthquake, according to the USGS.

The seismic activity had a depth of about 6.2 miles.

Vinna-Marie Kumar posted was on the phone with her mother in Montego Bay, Jamaica when the quake hit, she wrote on Facebook.

"I could hear the whooshing sounds in the background as well as she could feel the buildings and the ground shaking," she wrote. "It lasted quite long."

There were no immediate reports of damage or injuries.

There were also several smaller quakes reported in and near Puerto Rico on Tuesday. Nine earthquakes were measured in that area on Tuesday afternoon and morning.