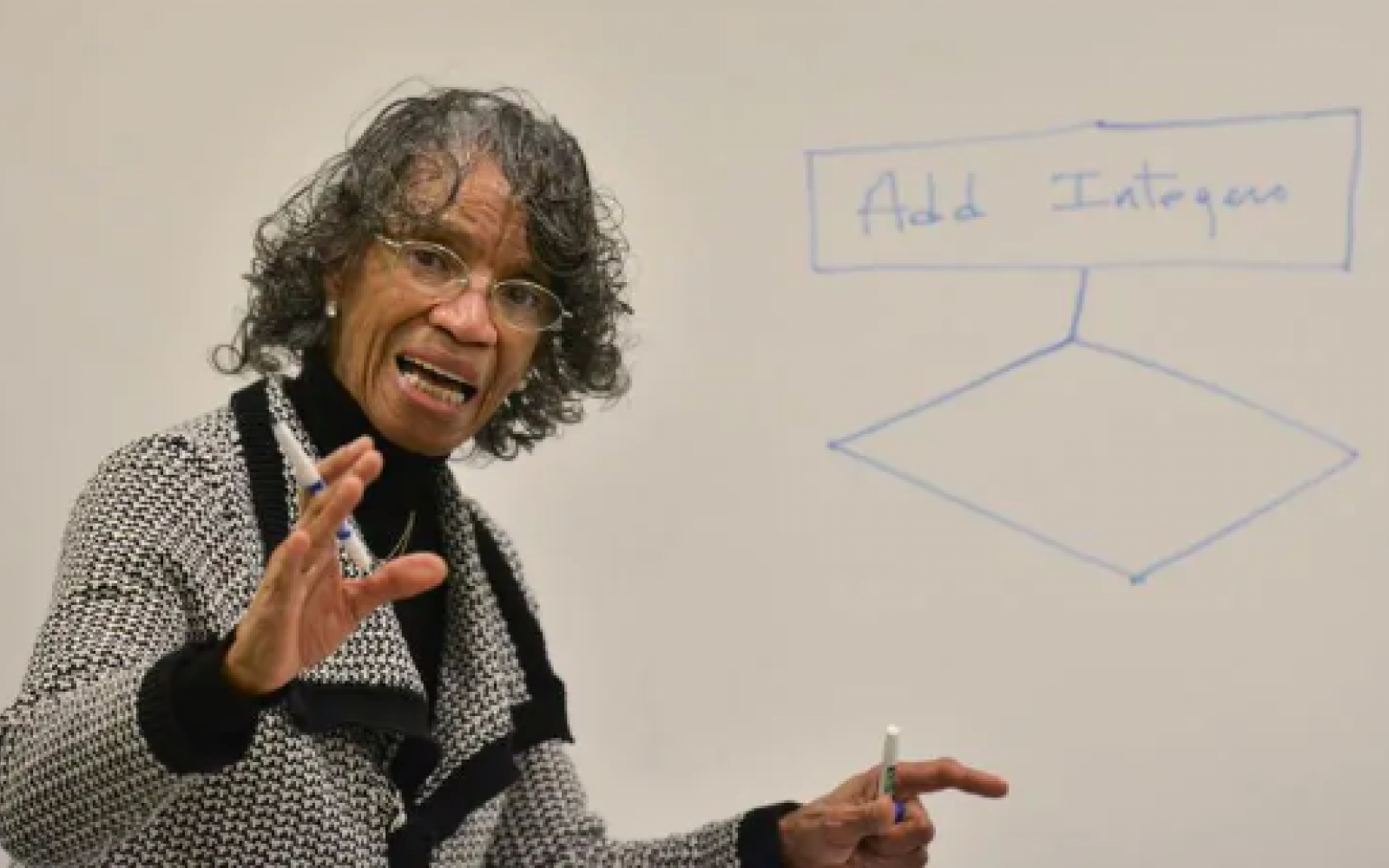 “I have not met a student who could not learn math. I have not. I’ll say it again because people don’t believe it,” Mary Johnson, of Clinton, Maryland, said with a laugh.

Johnson, who is originally from Norfolk, Virginia, graduated valedictorian of her high school class at age 15.

In the late 1970s, she came up with a teaching and assessment method she calls the Success in Learning Math Approach or SILMA, and she has been using and tweaking it ever since.

“To me it’s not revolutionary; it’s just simplifying everything so that there’s no question,” she said.

The technique involves unique diagnostic tests that hone in on exactly where a particular student is having trouble. Johnson has copyrighted tests for grades 1 through 9.

Now she is looking for a company to computerize her test for third-graders so it can be taken and scored online. From there, the plan is to pilot the test in several area elementary schools.

Johnson also founded a math tutoring business, and she continues to work relentlessly with students from kindergarten to college to help them understand.

“That’s what the students need. And … you should see how some of them come in. Really sour faces. ‘My mother sent me here.'”

She takes time to learn what students enjoy doing, so she can draw on that during her lessons.

Johnson, a former D.C. math teacher and tutor, does something essential that ought to be duplicated in every math class. She attends to her students’ “state of mind” and helps them make attitude adjustments that are more conducive to math comprehension.

For instance, she’ll tell her students: “If you put forth the effort and take time to do the work, your confidence will grow. Your fear of math will disappear. You will be successful.”

Johnson, who holds a doctorate in math education from the University of Maryland, has taught and tutored thousands of students, all grade levels, from countries around the world.

“Black children are just as smart as any children in Germany, England, China, Japan, South Africa,” she said.

The students, especially, need to hear that. It helps relieve what students experience as “stereotype threat.” After being inundated with reports of black academic failure, year in and year out, some black students are starting to wonder if black people aren’t as smart as other groups.