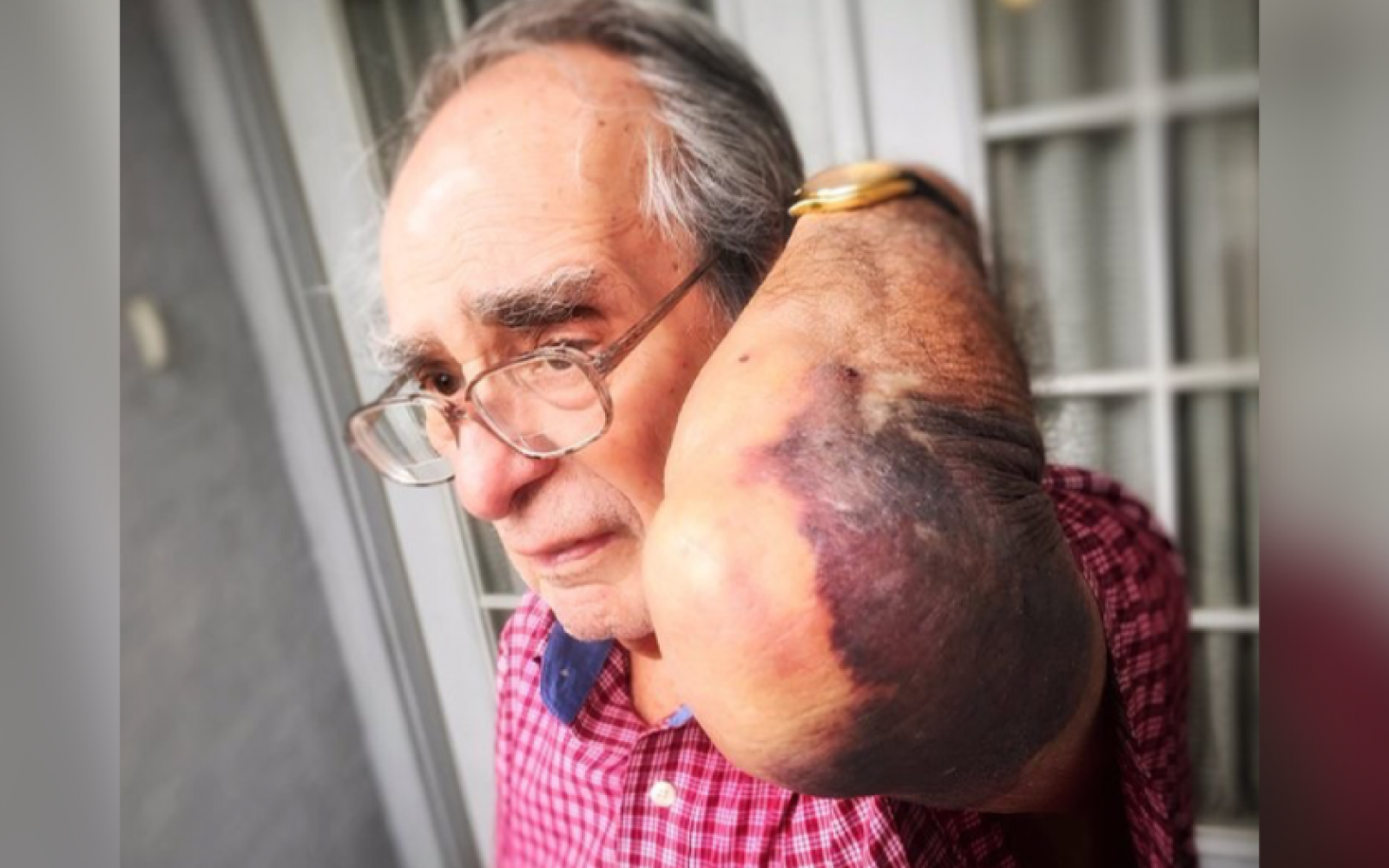 Investigators in Florida are searching for the man who reportedly carjacked at gunpoint an 88-year-old on his way to buy a Mother's Day gift for his wife.

Robert Rodriguez was running errands on Thursday afternoon when he was approached by someone in a parking lot of a Bealls department store off Highway 19 in New Port Richey, WTVT reported.

When the man held a gun to Rodriguez and demanded his wallet, the 88-year-old told WFTS-TV he played dumb.

"I was still in the car when this guy appeared from someplace and put a gun in my side and asked for my wallet," Rodriguez said. "I pretended I didn't understand. Finally, he told me to get out of the car give me your keys; give me your keys."

The elderly man, who was trying to buy pajamas for his wife of 64 years, said he gave the suspect his keys and was pushed to the ground, sustaining a dark purple bruise on his left arm and cuts on his legs.

His vehicle was found less than a mile away from the department store, abandoned on the side of a building, the Pasco County Sheriff's Office wrote on Facebook.

A witness who saw the suspect exit the vehicle said the man's name may be "Allen," and he might be nicknamed "Killa" or "Killer," according to authorities.