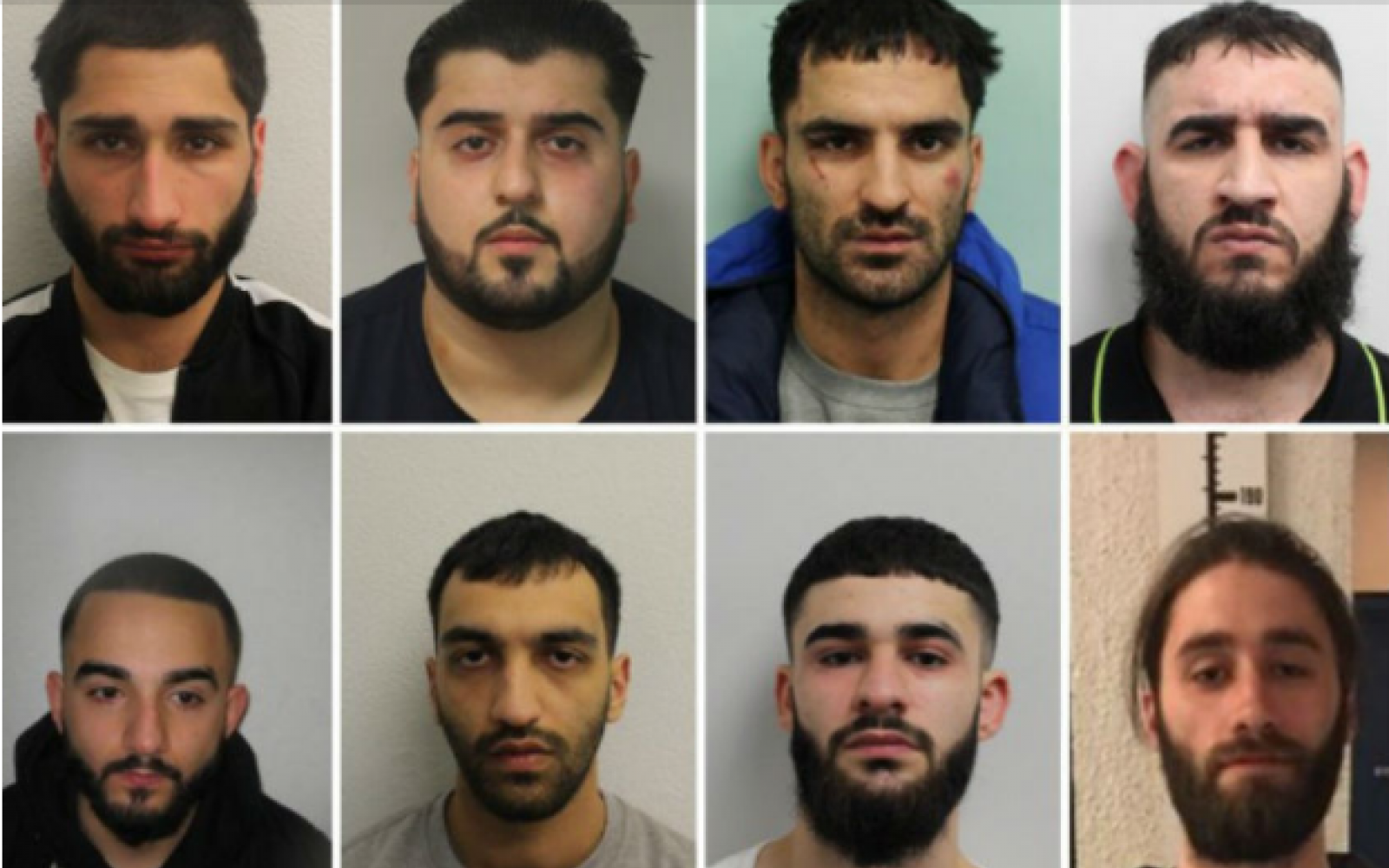 Hackney man Huseyin Onel, 24, and his gang of eight wingmen targeted their first victim in Shacklewell Lane at 5am on May 5th 2018

They stamped and kicked him as he curled up in a ball on the ground and covered his face. After an argument he had gone to speak to one of the men as the group sat in cars in Alvington Crescent, but he was quickly surrounded.

They then beat up another man who had started filming the attack on his phone after leaving a club, while the first victim ran off. The second victim’s friends intervened and a huge brawl erupted.

During this, Onel squirted a corrosive substance from a plastic bottle into the second victim’s face and eyes while targeting others who tried to step in. He suffered a fractured eye socket and was lucky to escape with his eyesight intact – his recovery was described by doctors as “miraculous”. Another person suffered burns to their tongue.

Initial reports of the attack in the national press claimed it took place outside gay nightclub Dalston Superstore, which is around the corner in Kingsland High Street.

Those inaccurate reports were shut down by the club bosses, who said their venue had closed at 2.30am – almost three hours before the attack.

Det Con David Leitner led the investigation. He said: “Nine violent and dangerous men have been removed from London’s streets today and will now spend a lengthy time locked up in prison.

“The level of violence used in this attack, coupled with the speed that this incident escalated, are truly shocking.

“A group of people who were enjoying themselves at the end of a night out were subjected to a sustained and relentless wave of violence including the use of a corrosive substance – because they acted as good Samaritans to help a male being subjected to a vicious assault.

“The original victim who was attacked by the group has never been traced but I hope he, and all those who were set upon by this violent group of individuals, will take some comfort from the fact that this group has been convicted.”

Other members of the group – Mehmet Tekagac and Onur Ardic – were also involved in the corrosive substance attack.

Tekagac, 30, of Kenworthy Road, Homerton, was jailed for 14-and-a-half years for applying a noxious substance causing GBH, plus another three years on extended licence.

To run concurrently, Tekagac was sentenced to eight years for robbery and three years for violent disorder.

Ardic, 27, of Frampton Park Road, is behind bars for 14 years for applying a noxious substance causing GBH plus the three years extended licence. He was also sentenced to three years for violent disorder, to run concurrently.

Guven Ulas, 20, of Pultney Street, Barnsbury, was jailed for 30 months for violent disorder.

Hackney’s Mustafa Kiziltan, 30, received three years – 27 months for violent disorder and nine months for dangerous driving. He was also sentenced to three months for failing to stop, which will run concurrently.

Serkan Kiziltan, 22, of Well Street, was sentenced to 18 months for violent disorder.

Umit Kaygisiz, 21, of Orsman Road, Hoxton, was sentenced to a total of two years and four months in prison for violent disorder and attempting to convey a prohibited item into prison (a mobile phone).

Turgut Adakan, 23, of Roman Road, was sentenced to 18 months for violent disorder, suspended for two years.

All nine were sentenced at Wood Green Crown Court today.