9 Signs You're In A Toxic Relationship 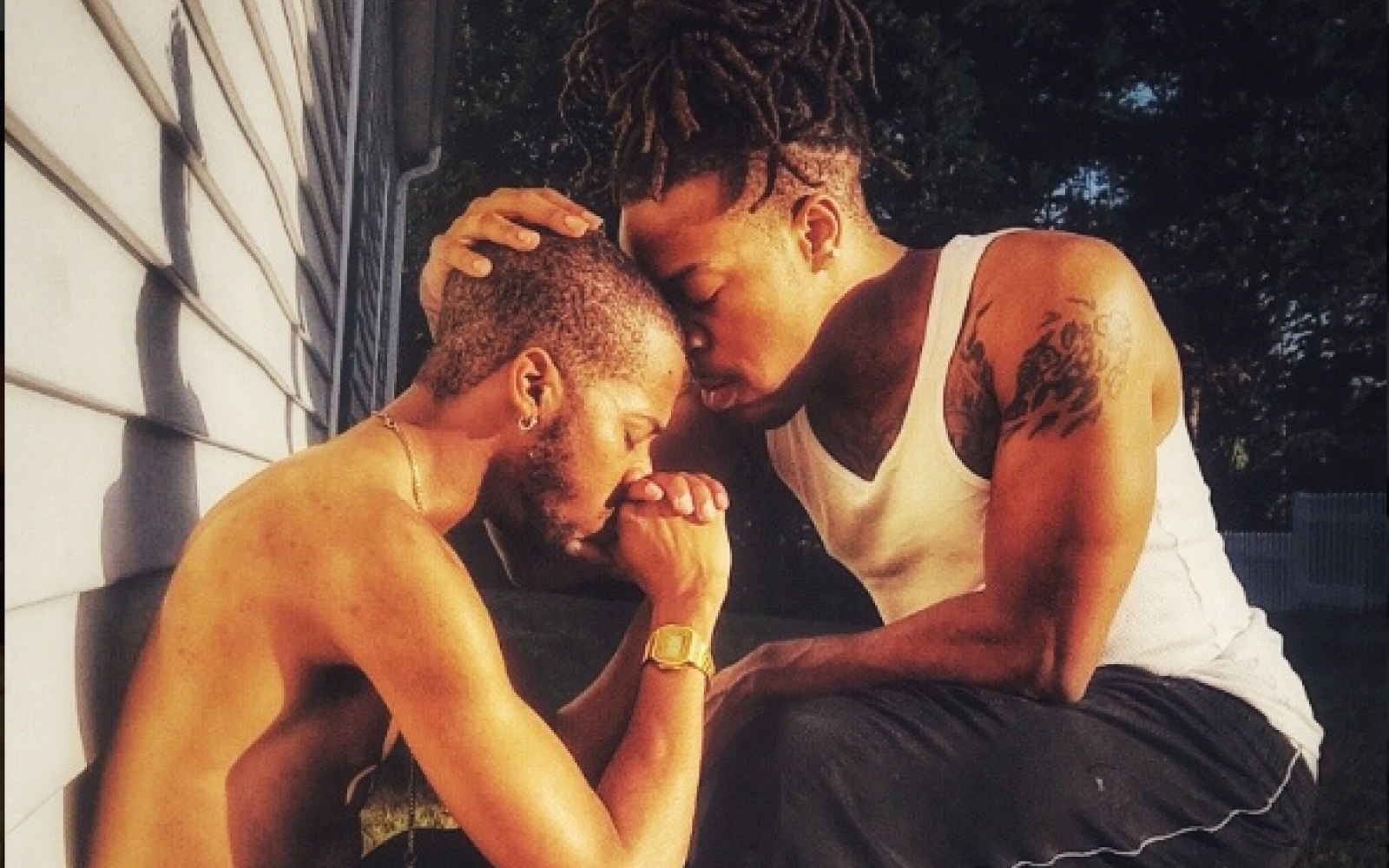 Stop us if this sounds familiar: you're in a relationship with someone who's just plain bad for you. You fight all the time, you're constantly complaining about each other, and your friends and family members can't stand them. But every time you think about breaking up (and you think about it a lot), you just can't bring yourself to do it, because it just seems like more effort to leave than to stay.

If this is the case, then you're probably trapped in a toxic relationship. It can be difficult to know if the relationship itself is actually toxic, or if you're just going through a rough patch. “You are going to have bad days and so is your partner. Happy couples still have bad days. What they do is solve problems and they don’t make it personal when they encounter challenges,” Kevin Gilliland, PsyD., executive director of the counseling service Innovation360, tells MensHealth.com.

But if you've been struggling with your relationship for a long time, and you find that your partner is making you feel worthless, stupid, or small, that's a huge problem — and you need to take drastic action. Here are 9 signs to help you determine if you’re in a toxic relationship — and what you can do about it.

1 Your partner decides what you can and can't do

In a healthy relationship, each partner should feel free to pursue their own interests and spend time away from the other person. If your partner gets angry or suspicious when you want to do something apart from them, that's a major red flag. “Whether they’re jealous, controlling, or have major anxiety issues, it’s unhealthy if your partner tries to restrict your freedom,” Anita A. Chlipala, LMFT and author of First Comes Us: The Busy Couple's Guide to Lasting Love, tells MensHealth.com.

Of course, none of this is to say that you should have free rein to do whatever you want to do; if your partner, say, can't stand the idea of you hanging out alone with your ex, that's a fairly reasonable concern and it's one you should talk through together. "You have to take another person’s needs into consideration when you’re in a relationship," says Chipala.

But if your partner outright forbids you from hanging out with certain people or going to certain places, to the point that it's not even up for a discussion, that's a problem. "It’s toxic if it’s a threat or ultimatum versus an ongoing dialogue," says Chipala. "You need to understand each other, and compromise.”

2 Your partner isn't encouraging you to grow as a person.

It doesn’t matter if you’re in your 20s or in your 90s — you’re growing and learning every day. In a healthy relationship, your partner should support you as you grow and encourage you to become the best version of yourself. In a toxic relationship, however, "your self-improvement is viewed as a threat,” psychologist Gregory Kushnick tells MensHealth.com. If you, say, express interest in learning another language or picking up a new skill, and your partner mocks you or dismisses you, that could be a sign that they're not interested in supporting your personal growth and it may be time to move on.

A reference to the 1944 classic movie Gaslight, in which a man psychologically manipulates his wife and causes her to question her own reality, gaslighting is incredibly common in toxic relationships. If you express concerns about your relationship, and your partner waves them off or causes you to question the legitimacy of your own emotions, that could be a sign that you're being gaslit. "If a guy expresses concern about another guy’s comments on his girlfriend’s social media and she responds with, ‘You’re so jealous. I can’t believe you don’t trust me,’ that could be gaslighting," Chlipala says. “Or you might tell her that you feel disconnected and she accuses you of wanting to know her every move.”

Your feelings are legitimate, and no one should make you feel differently. If your partner is flipping your concerns back to you instead of addressing them head-on, it’s important to step back and see that technique for what it is: gaslighting.

4 They simply don't respect you.

It might sound obvious, but respect is the foundation of a healthy relationship. “A pattern of disrespect wears us down and creates things like anxiety and dread. It makes us feel like we have to keep our guards up or prepare for the argument or attack before it happens. We begin to dread bringing things up because we ‘know what they are going to say," Gilliland says.

This feeling of constantly being on the defense is a sign that your partner doesn't have sufficient respect for you — or, at least, that they're not making enough of an effort to show it. “Defensiveness is a killer. It basically keeps us from solving problems and relationships are a never-ending series of solving problems," says Gilliland.

5 They use sex as a form of manipulation.

If you get the feeling that your partner only expresses sexual interest in you if there's something they can get out of it — or, conversely, if they withhold sex as a way to achieve some sort of end goal — that's a classic sign of a toxic relationship. “It’s understandable that if your partner is upset, angry, or feels like you don’t care about their feelings, they won’t have sex with you in that moment," says Chipala. "It’s another if they withhold sex to manipulate or control you."

6 You feel like you can't open up to them.

Whether you consider yourself a talker or more of a strong and silent type, being able to discuss important issues with your partner is critical. “Opening ourselves up to our partner leaves us feeling exposed, at risk for rejection, etc.," says Chipala. "But it’s an important part of a healthy and intimate relationship."

If you feel like you're being penalized for sharing your true feelings with your partner, that is never a good sign. "Both partners are responsible for creating the conditions in their relationship for the other to be vulnerable. You should be able to share your thoughts and feelings without punishment," Chipala says.

If you find that "you're being frequently bullied, belittled, abused and manipulated,” by your partner, Kushnick says its a clear sign you’re in a toxic relationship. Chances are you were bullied enough in middle school. You don’t really need a partner who replicates this behavior in adulthood as well.

8 They're totally unwilling to compromise.

Compromise is not one of the most fun parts of a relationship. But it is the most necessary. “Relationships require ongoing dialogue, working on understanding each other, negotiating, and compromising," Chipala says. "If it’s only their way, they show a lack of respect for what’s important to you and making the relationship work for both of you."

9 Your parents hate your partner.

Your friends and parents shouldn't be the only factor determining the success of your relationship (after all, you're dating your partner, not them), but they can be helpful in determining whether the relationship is a toxic one.

Allow the people who care about you to offer an unbiased perspective into your relationship. “Is there a pattern to what different people see and observe when you are with your partner? Do two or more of your friends and family that don’t know each other, say the same concerns? If they do, you have a problem to solve,” Gilliland says.

If any of the above signs resonate with you, and you're interested in salvaging the relationship, the first step is "deciding if you want to work on the relationship through methods such as counseling," says Gilliland. Having a couples' therapist serve as an unbiased mediator is a good way to have the conversations you need with your partner without them feeling attacked.

At the end of the day, however, you should acknowledge the possibility that the relationship may be beyond saving. "In the end, as much as you care about or love someone, they may not be able to provide you with the supportive, healthy relationship you undoubtedly deserve," says Gilliland. "It’s practically impossible to be rational when you care about someone, but forcing yourself to be can allow you to find true happiness. What’s more important than that?"