90 Year Old Man Comes Out As Gay To Lesbian Daughter 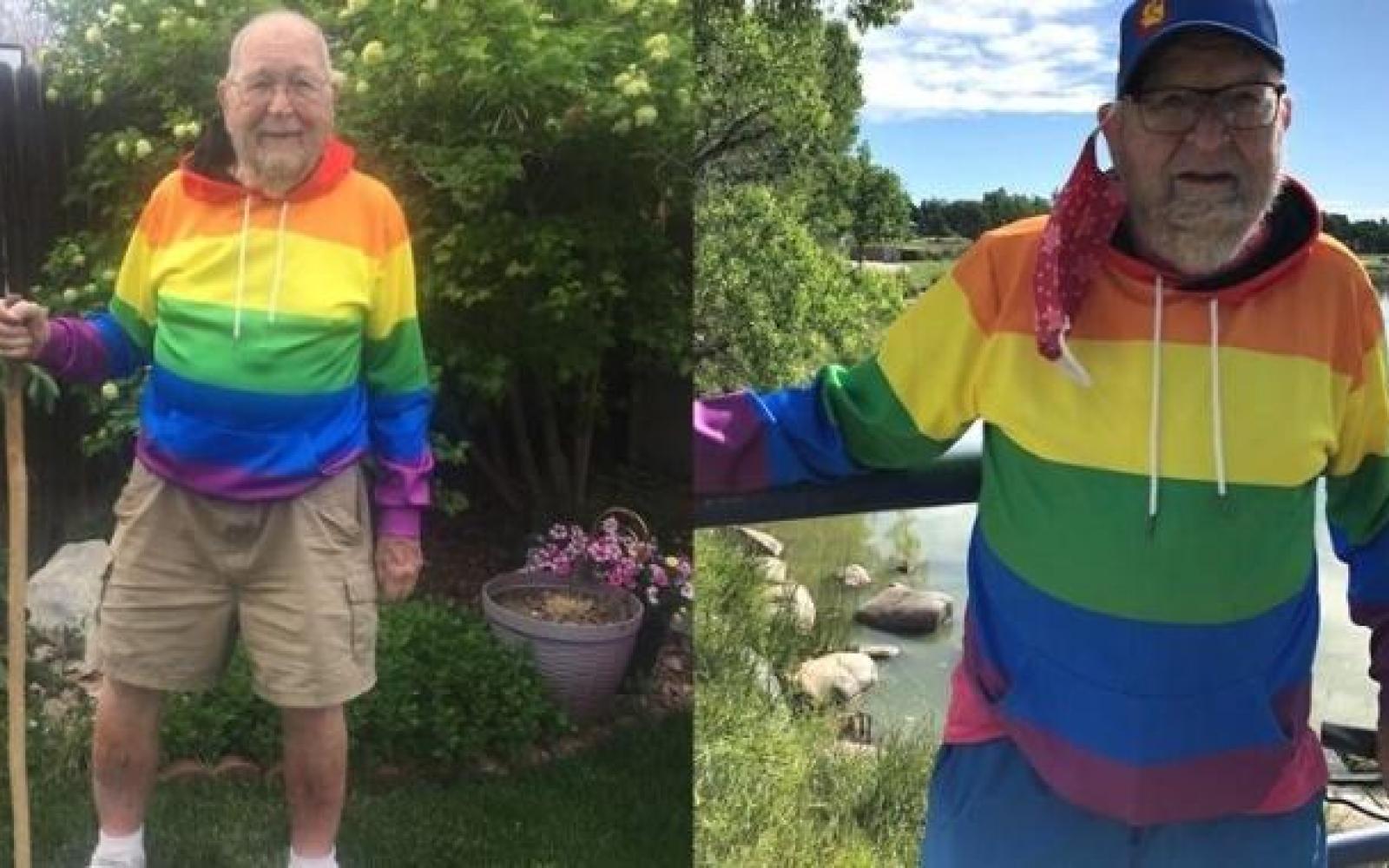 Its never too late!

A 90-year-old man in Colorado just lifted a huge weight off his shoulders he'd been carrying around for many decades ... he just came out to his gay daughter.

Kenneth Felts says he used his time in quarantine to write a series of memoirs, which opened the flood gates to some old memories locked deep away ... and he finally decided to tell his daughter his truth.

It's super touching ... Kenneth says he finally feels "free" after opening up to his daughter, Rebecca, about his very first love -- a man named Phillip.

And, get this ... Kenneth is coming out 25 years after his daughter told him SHE was gay.

Part of his newfound freedom, Kenneth says, is proudly wearing rainbow shirts and hoodies ... and sprucing up his graying hair with a little dash of blue.

Kenneth says he spent most of his life as a straight man, and never planned to come out ... until lockdown gave him a chance to reflect.

Rebecca says she's just happy her father can finally be himself, something Kenneth admits he had to hide because homosexuality was illegal in the 1950s, when he met Phillip in California before his marriage.

Kenneth says his religion won out over his heart, and he kept his love for Phillip a secret for all these years ... but now he's ready to "embrace" his truth.