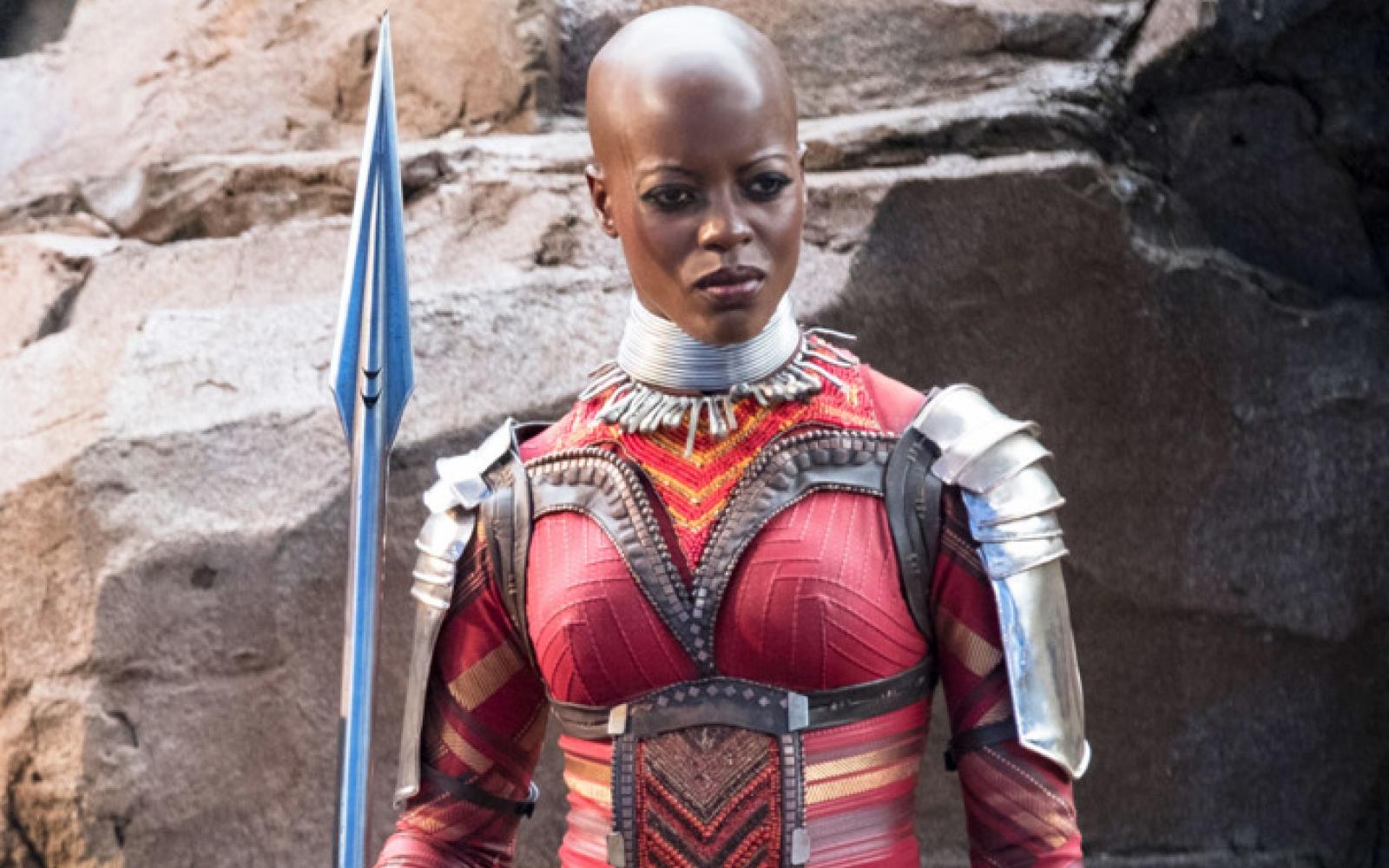 In Black Panther: World of Wakanda, a character named Ayo is in a relationship with another woman named Aneka, which was groundbreaking to have a Black LGBT character in a comic book. Since April, there have been questions on how the romance would be handled in the film, but rumor had it Ayo’s relationship was cut. However, Vanity Fair reported there was a scene in which Ayo, played by  Florence Kasumba, flirts with Danai Gurira‘s character Okoye. The scene did not make the movie.

Kasumba confirmed to Vulture the scene existed and explained, “The thing is, if the makers would have wanted everyone to see the scene, it would have been in the movie. The final result that we’ve seen, there were a few scenes that have been cut. Different scenes, also — they didn’t make it into the movie for certain reasons, and at that point, I have to say: What their reason is, I can’t tell you, because nobody told me about whether it’s in or not.”

She also added, “But at this point, I personally think people have no idea who T’Challa is, who are the Wakandans, what is Wakanda, where is Wakanda, what is their culture. There are so many important things that had to be told in these two hours. So the focus was on what is so important for T’Challa. What happens after the last movie that we saw. I know all the other scenes that we have also filmed that are not in the movie. People have their reasons why not.”

When asked if she would like to see her character’s relationship on screen, she answered, “I’d love to, at some point. Not now, because it’s too soon. At this point, the focus is somewhere else. I started reading World of Wakanda towards the end of filming and I loved reading the comics. I loved reading about, Okay, how do the Doras become Doras? … That’s the whole reason why we had a boot camp [to train for the movie]: In order to be physically able to move as a unit. That was more important. That’s what I’m saying, right? Who is in love with whom and whatever — that was not important in this movie.”