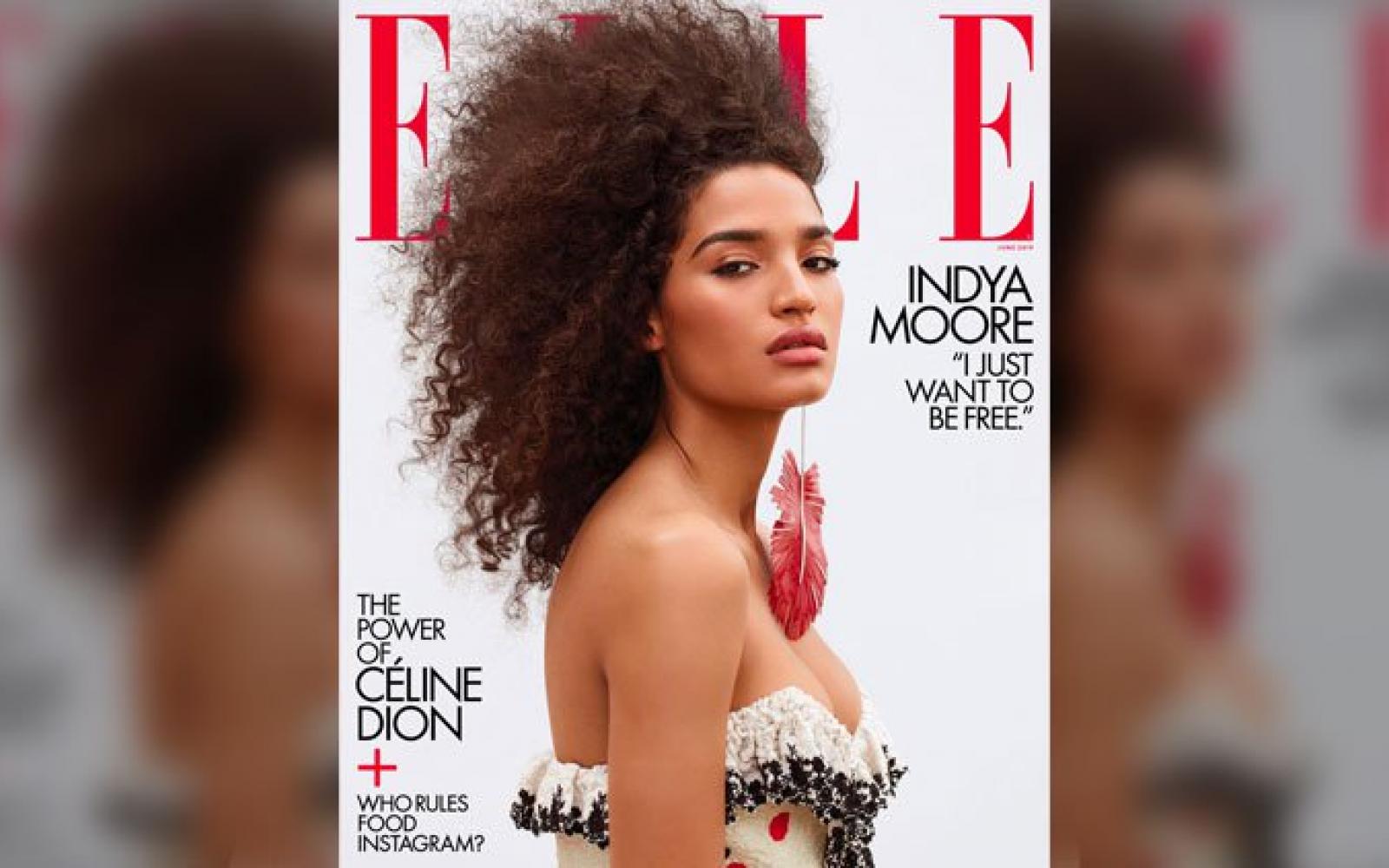 Indya Moore is the first transgender person to ever grace the cover of Elle magazine.

The “Pose” actress is the cover subject of the June 2019 U.S. edition of the global fashion magazine, which is available in 60 countries.

The Bronx-born beauty took to Twitter on Thursday to thank the magazine’s creatives for the opportunity for her to their “first experience covering a trans person.”

In the accompanying feature, written by Jada Yuan, Moore opened up about her harrowing life story.

Growing up as a Jehovah’s Witness in a strict Puerto Rican and Dominican parents, she eventually ended up in the foster care system at age 14.

By age 16, Moore was in sex trafficking ring after meeting a group of people of Facebook.

“They told me I needed to do it continuously so that I could afford hormones,” she told “Elle.” “I didn’t understand what sex trafficking was at the time. The language I knew was that they were, basically, my pimps. I was just a kid.” The experience subjected her to not only rape but other types of physical violence.”

Moore sold her body for food and money to help her boyfriend and his mother make ends meet in The Bronx. A stint at Rikers Island on assault charges and a drug addiction ensued.

A contract with the modeling agency IMG and a casting on the critically acclaimed Ryan Murphy-helmed FX series “Pose” brought her to unforeseen heights of success.

In the article, editors added a note on gender pronouns: Indya is nonbinary and prefers to use “they” and “them,” but is also navigating how that works in a society that has long oriented around cisgender or binary trans identities. Most people around Indya use “she,” which Indya says is fine. She had an Instagram post in April about the topic.