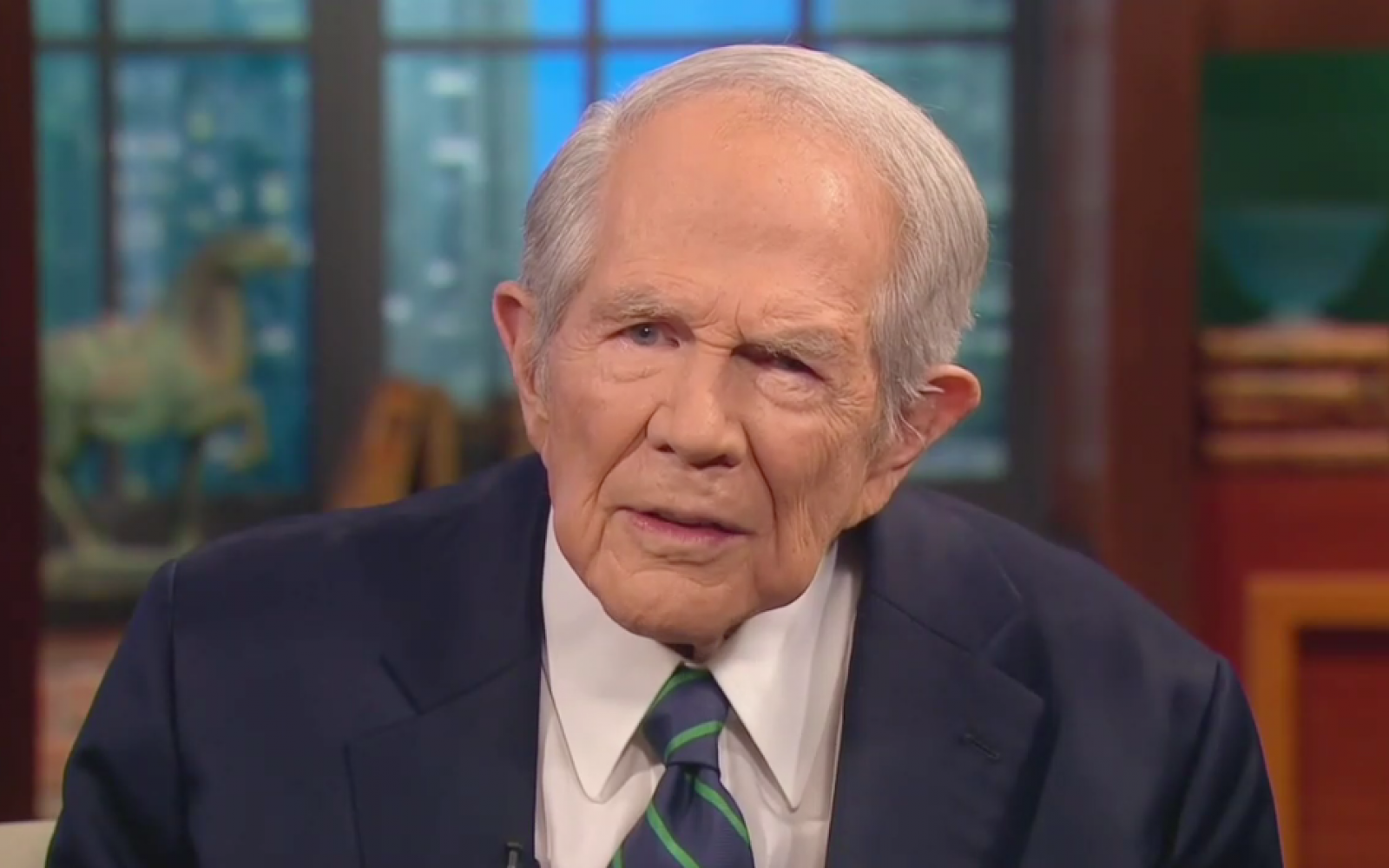 Televangelist Pat Robertson claims God Is punishing us with COVID-19 because “we have broken the covenant” with God by allowing same-sex marriage and abortion.

Robertson made his remarks while responding to a viewer’s question on his Christian television show “The 700 Club.”

This is John, Pat, who says, “Pat, last week you were talking about COVID-19. You quoted Chronicles 7:14. How can God heal our land and forgive the sins when abortion and same-sex marriage are laws and many people are anti-Israel. Doesn’t this prevent his healing and forgiveness?

You know, I think you put your finger on something very important. You know the Bible says — they turn from their wicked ways. They didn’t get forgiven. They will turn from their wicked ways. And part of what we’ve done is turn. We are not turning when we have done terrible things. We have broken the covenant that God made with mankind. We have violated his covenant. We have taken the life of the innocent, slaughtered them by the tens of millions. Children made in the image of God. And we have abused the poor. I mean, we’ve allowed this terrible plague to spread throughout our society. And it’s a small wonder God would hold us guilty. But the answer is, you know, you confess your sins and forsake them. Then he heals the land. It’s not before. You are right.

Previously the influential televangelist claimed that anyone opposing Trump is satanic. Prior to that Robertson argued that Democrats and others who are working against President Trump are actually working against the will of God.
And before the 2016 election, the televangelist defended Trump after the president was caught bragging about his sexual assault of women in a lewd video released before the election. Robertson dismissed Trump’s confession that he sexually assaulted women and could get away with it, arguing that Trump was simply “trying to look like he’s macho.”

Bottom line: Televangelist Pat Robertson claims God Is punishing us with COVID-19 because “we have broken the covenant” with God by allowing same-sex marriage and abortion.