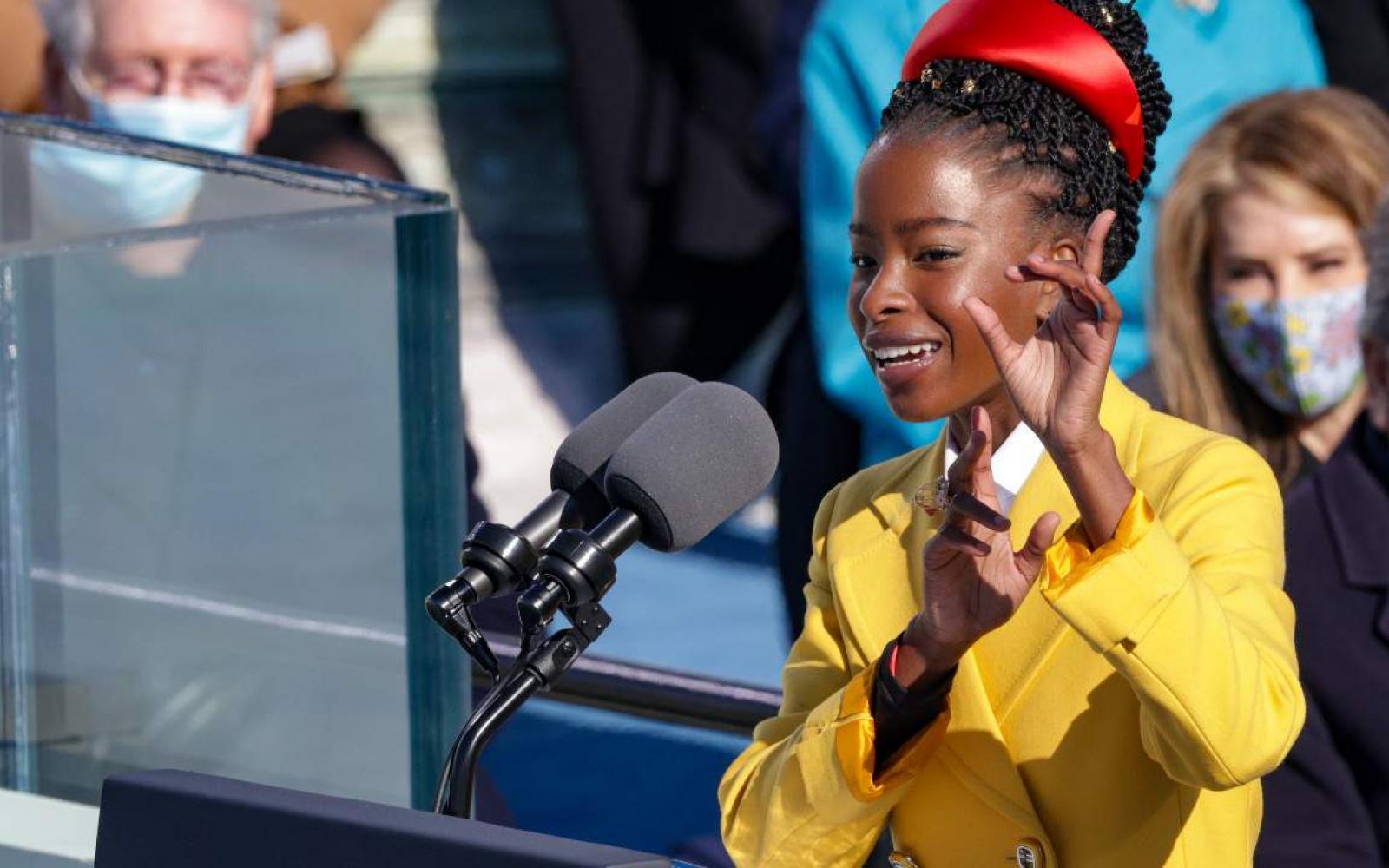 Gorman, 22, became the youngest known inaugural poet when she performed at the 59th Presidential Inauguration on Wednesday.

She delivered her original composition, "The Hill We Climb," at the Capitol in front of President-elect Joe Biden, Vice President-elect Kamala Harris and the entire nation.

"It's amazing...Especially at my age. No one really gets to say, 'At 22, I am the inaugural poet,'" she told "CBS This Morning" co-host Anthony Mason before her performance.

She said she researched the speeches of Abraham Lincoln and Dr. Martin Luther King, Jr. as she began writing. But it was the riots at the Capitol that made a closing impact.

"And then on the Wednesday in which we saw the insurrection at the Capitol, that was the day that the poem really came to life. And I really put pedal to the metal," Gorman said.

Gorman said the riots changed her poem and the message she wanted to deliver.

"I wanted it to be a message of hope and unity. And I think that Wednesday for me really just underscored how much that was needed," she said. "But to not turn a blind eye to the cracks that really need to be filled."

Gorman was named the nation's First Youth Poet Laureate at the age of 19. At 16, she was Youth Poet Laureate of Los Angeles, where she was raised by Joan, a single mother and an English teacher. Gorman said writing became her way to overcome a daunting obstacle.

"I had a speech impediment. And so I couldn't use my voice, then I would author my voice on the page. So it's really been a godsend and a lifeline for me," she said.

Gorman said poetry and spoken words became her own type of pathology.

"And so once I arrived at the point in my life in high school, where I said, 'you know what? Writing my poems on the page isn't enough for me. I have to give them breath, and life, I have to perform them as I am.' That was the moment that I was able to grow past my speech impediment," she said.

On Inauguration Day, Gorman did her truth-telling on the steps of the United States Capitol. She told Mason that she prepared for the big moment the way she would prepare for any other performance.

"One of the preparations that I do always whenever I perform is I say a mantra to myself, which is 'I'm the daughter of black writers. We're descended from freedom fighters who broke through chains and changed the world. They call me.' And that is the way in which I prepare myself for the duty that needs to get done."

"Do you say that inside your head, or do you say it aloud?" Mason asked.

"If I can, and I'm not going to scare anybody off, I always say it out loud. So I'm usually in a bathroom or a dressing room," she said. "But if backstage and I imagine if I'm standing next to Joe Biden, I might keep it here [points at herself] not to worry about craziness. I don't want Secret Service to think, you know, Amanda is gone…mayday, mayday, yeah no."

Gorman said she battled her speech impediment all the way into college. She graduated from Harvard University in 2020.

Gorman, who has performed five commissioned poems on "CBS This Morning," has a children's book that is scheduled to be released in September titled "Change Sings." The poet said she has a long-term plan of running for president in 2036.